A YouTuber Recreates The Story Of Aladdin And The Magic Carpet Moment!

A YouTuber Recreates The Story Of Aladdin And The Magic Carpet Moment! →

Have any of your childhood memories been entranced by the enchanted realm of Aladdin and the magical lamp? If this is the case, you are not alone. It was a fantastic story, replete with genies, lights, and magic carpets, as portrayed in a traditional Middle-Eastern folk tale, and did it astonishingly. As a result of the efforts of a YouTuber known as RhyzOrDie, an image from this magical world has been transferred into the actual world. It was fascinating to see him utilize his magic carpet to sail around the streets of Dubai, which he thought was a great idea. Do you still have doubts about us? Check it out for yourself by continuing to scroll below!

RhyzOrDie may be seen gliding on top of a carpet that seems to be hovering a few inches above the ground in the video below. It is possible to see people filming and exclaiming in surprise as the YouTuber glides through the streets of Dubai. Even when traveling on the magic carpet, RhyzOrDie dressed up as Prince Ali from Aladdin to make a statement. 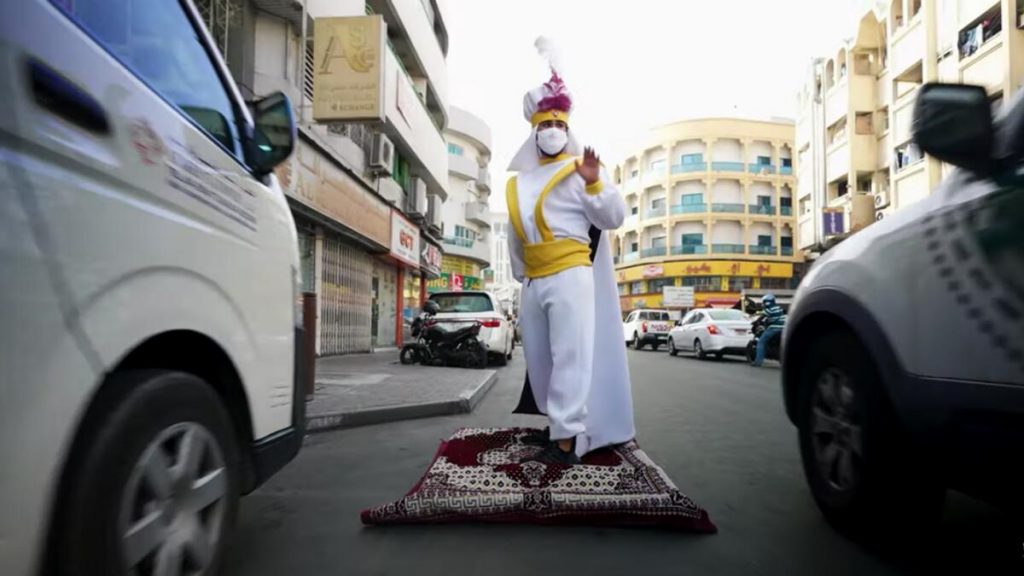 The video has received over 108k views and a slew of positive replies. In their comments, many expressed delight that Aladdin seemed to have traveled back in time and landed squarely in the twenty-first century using some time machine.