Aamir Khan’s daughter Ira Khan has shared her latest cute pictures on Instagram. She has shared two pictures. In this, she can be seen posing and sitting on her boyfriend’s lap. Ira Khan has written ‘Hey’ while sharing the pictures. Along with this, he has also shared an emoji of a kiss. 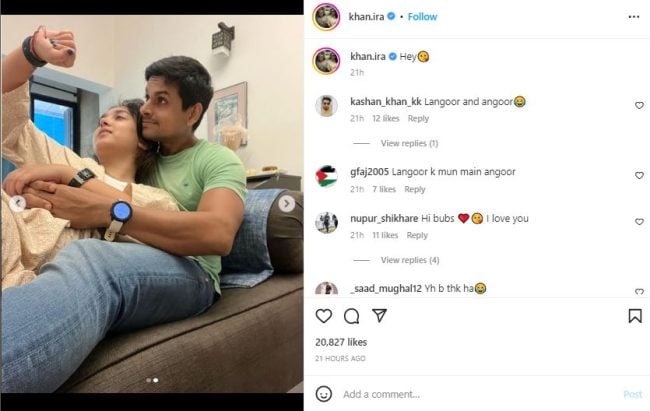 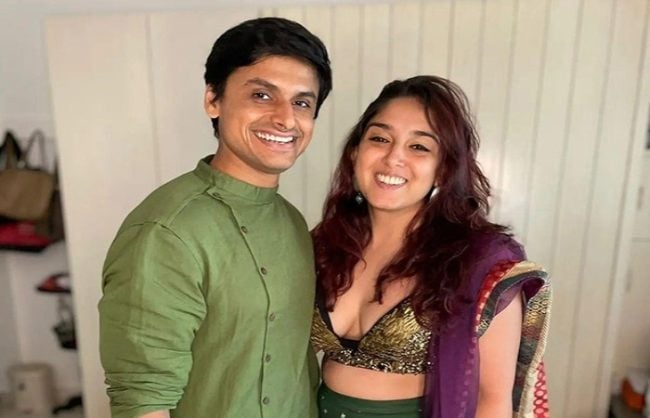 Significantly, Aamir Khan’s daughter Ira Khan is very active on social media. She often keeps giving updates related to her. They made their relationship public last year. Both like each other a lot. Ira Khan may soon marry Nupur Shikhare. However, he has not announced it yet. Both are also seen doing workouts in the gym. Ira Khan directed the play. Yuvraj Singh’s wife Hazel Keech played an important role in this.

Talking Ira’s father Aamir Khan, was last seen working on the big screen in the film Laal Singh Chaddha released this year. Kareena Kapoor Khan, Manav Vij and Mona Singh played the lead roles with him in this film. Talking about the director of this film, is Advait Chandan. Laal Singh Chaddha had failed to woo the audience. Aamir says that he will now take a break from work for a few years. He wants to spend time with his family.