Abhishek Kapoor Talks About His Cinematic Journey With Films Like Rock On, Kai Po Che And Kedarnath

Abhishek Kapoor had started his journey in Bollywood with an actor in 90s and then further directed a Sohail Khan Film in 2000s. From then, the director never looked back to acting. Abhishek has directed films like Rock On which got released in 2008 and Kai Po Che. The director has also directed films like Fitoor, Kedarnath and the recent movie directed by him is Chandigarh Kare Aashiqui.

Abhishek Kapoor talked about his cinematic journey and stated his failures have taught him. Further, talking about his filmography, one of his movie is about a Hindu-Muslim love story whereas the other is about the friendship between three boys in the midst of political tensions. Regarding this, Abhishek told that he does not want to repeat himself in movies. He said, “Other filmmakers might have a stamp wherein you know that this person makes his/her films in a certain way, but in my case, every time I find a new subject, I jump into it like an absolute newcomer.” Further, Abhishek Kapoor also talked about the leap he took after the success of Rock On. Talking about Kai Po Che, which was based on The Chetan Bhagat’s book  The 3 Mistakes of My Life,  Abhishek said, “It was not the same world. Of course, it was about friendship, but it was a totally different setting, different texture.”

Adding to his statement, the director said that he focus on the idea of every film. He said, “That idea is the most important thing.” Kapoor also said with Fitoor and Kedarnath, he aimed to tell different stories. Fitoor  was an adaptation of Charles Dickens’ Great Expectations. The director further said with confidence, “I personally feel that there is no similarity between the director who made Kai Po Che, Kedarnath or Rock On”. 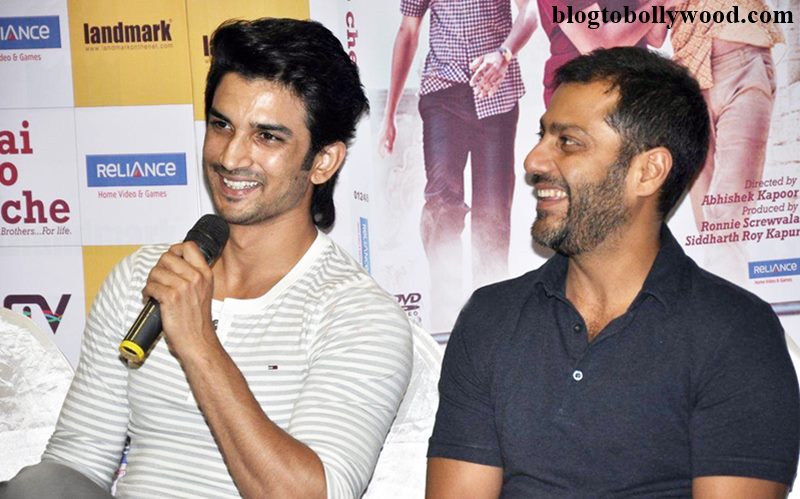 Acknowledging the ups and downs in his journey, Kapoor said, “What your failure teaches you, your successes will never teach you,” he said recalling the time when Fitoor was not loved by audience.  While asked about box office, the director said, “I don’t look at the box office, I don’t look at anything else other than my relationship with the idea.” The recent movie directed by Abhishek Kapoor is Chandigarh Kare Aashiqui is set to release on December 10.