Bollywood actress Shilpa Shetty’s businessman husband Raj Kundra, who has been jailed for making pornographic films, has recently been released on bail. Raj was not arrested by the Mumbai Crime Branch on 19 July; he got bail on 20 September and returned home on 21 September. There has been no reaction from him or Shilpa Shetty since Raj’s return home, although the actress is constantly active on social media. For the past few days, Shilpa has been putting her thoughts in front of people through Instagram posts; meanwhile, recently the actress has shared such a post on her Instagram story, which will make you a little confused after reading it. In this post, Shilpa is referring to a big decision, but what is that decision, the actress has not openly told in her post. 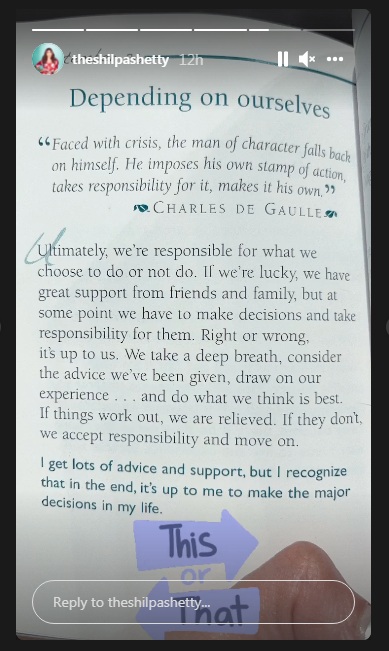 Like some of the previous posts, Shilpa has shared the page of the book in this post, on which it is written, ‘Depending on ourselves… in the end, we are responsible for everything that we do and don’t do. If we are lucky, then we get the support of friends and family, but at some point, we have to make decisions and take responsibility. Right or wrong depends on us. We take a deep breath, reflect on the advice we’ve received, reflect on our experience, and then do what’s best. If things go well, we breathe a sigh of relief and if things don’t go well, we take responsibility and move on. After this, Shilpa’s post reads, ‘I got a lot of advice and support, but I realized that in the end, I have to take the big decision of my life. 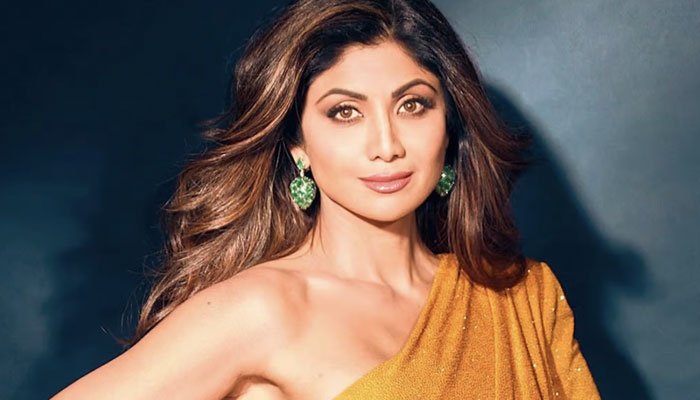 After the end of Super Dancer Chapter 4, Shilpa will be seen as a judge on ‘India’s Got Talent. ‘India’s Got Talent’ used to come on Colors TV channel earlier but now for the first time, this show will come on Sony TV. Earlier, Shilpa appeared in Hungama 2. Which was released on Disney Hotstar but the film was not liked by the audience.