Rakhi Sawant has been in the headlines recently. It all started last Monday when the pictures of Rakhi Sawant getting married to an NRI started doing rounds. The actress shared the pictures with a leading entertainment portal. She could be seen wearing a beautiful white bridal gown and donning a red choodha in her hands. The news of her wedding to an NRI in JW Marriott hotel in Mumbai on 28th July became the headlines of the day. However, the actress later rubbished all these news stating that she isn’t actually married yet. However, a few days later, Rakhi Sawant shared yet another video in which people could see her mangalsutra and sindoor clearly. People guessed that she wouldn’t take a joke to such level and the discussions surrounding her marriage became hot once again. 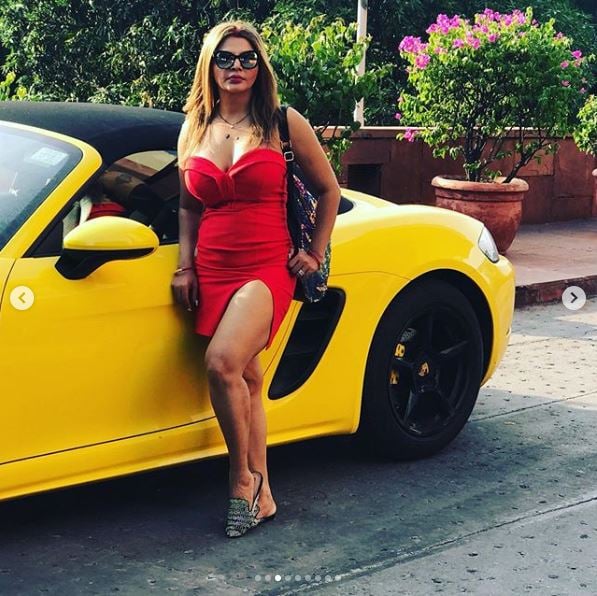 Now that Rakhi Sawant has actually accepted her wedding to Ritesh, a UK-based businessman, we have just recently received a glimpse of her husband. She has played a great card of her wedding and at the perfect time to get the fame she has always been eyeing for.

Now, following Rakhi Sawant’s footsteps is another internet sensation and a small-time. Bollywood actress Poonam Pandey. But, this time she shared a picture of a man on her Instagram handle which left fans guessing. Peaking everyone’s curiosity even more, Poonam didn’t reveal her ‘Loves’ full face. Trusting her caption to be true, people on social media are predicting him to be her boyfriend. Well, Poonam surely knows well how to grab attention or to make headlines.