Ahead Of Ganesh Chaturthi, Shilpa Shetty Greets Lord Ganesha With A Smile

Actress Shilpa Shetty, a wife of husband Raj Kundra, who was arrested for making an adult film, was seen bringing an idol of Lord Ganesha to her house every year. Shilpa Shetty, surrounded by grief ahead of Ganesh Chaturthi, was seen welcoming Ganpati Bappa with a smile. When Shilpa was taking the Ganesh idol home, she was seen giving a happy pose for the paparazzi. She looked completely engrossed in herself welcoming Lord Ganesha enthusiastically. 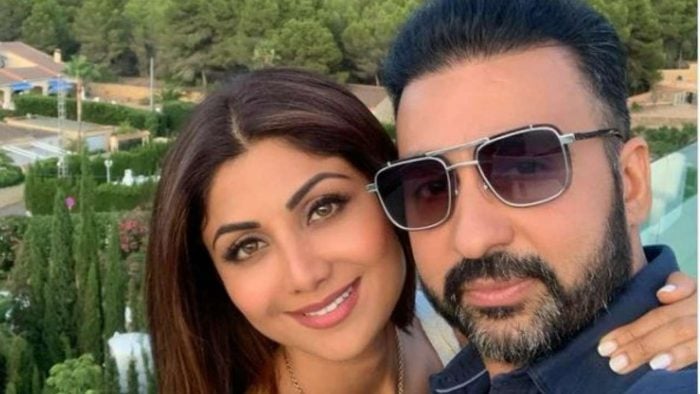 Meanwhile, Shilpa Shetty has been able to return to her normal life after the arrest of her husband Raj Kundra. She has also appeared as a judge on the sets of a dance reality show. Raj Kundra was arrested on July 19 as he was identified as a ‘principal conspirator’ in the adult filmmaking case. After Raj’s arrest, Shilpa Shetty broke her silence by stating on behalf of the family. 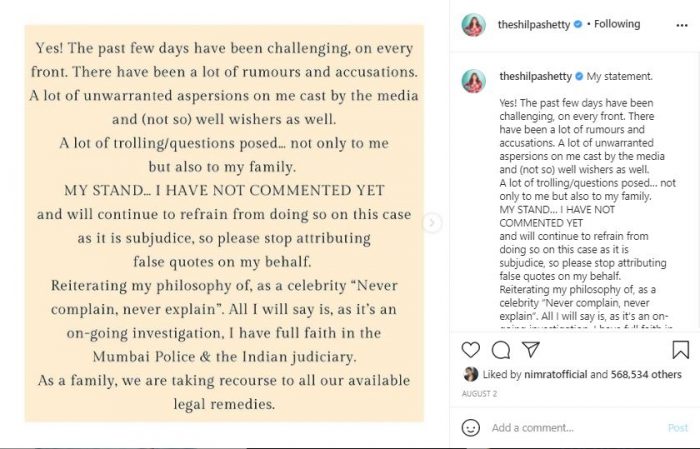 Shilpa Shetty wrote, ‘Yes! The last few days have been challenging. There have been many rumors and allegations. A lot of wrong allegations have been leveled against me by the media and some well-wishers. A lot of trolling and questioning has been done, during this time my family has also been targeted. I haven’t commented yet and will refrain from doing so on this matter as the matter is sub judice, so please stop giving false quotes on my part. All I would say as a celebrity, I have full faith in the Mumbai Police and the judiciary. As a family, we are resorting to all our legal remedies. Shilpa Shetty was last seen in the film ‘Hungama 2’ opposite Paresh Rawal. However, the film did not do as well as it should have. Shilpa is now going to be seen in the next film ‘Nikamma’. At the same time, she has returned as a judge in Super Dancer 4 and her sister Shamita Shetty is seen in Bigg Boss OTT.