Ajay Devgan Shared A Very Romantic Picture On Kajol’s Birthday; Said, “You Are Very Special To Me”

Today is the birthday of Kajol, the famous actress for her super hit films in the Bollywood film industry, today Kajol is celebrating her 46th birthday with her family, friends, and fans. Kajol was born on 5 August 1974. His mother is actress Tanuja and his father is Somu Mukherjee. Meanwhile, now Kajol’s husband and Bollywood actor Ajay Devgan has also wished her a special birthday. Ajay has written a lovely message with a beautiful picture of both of them. 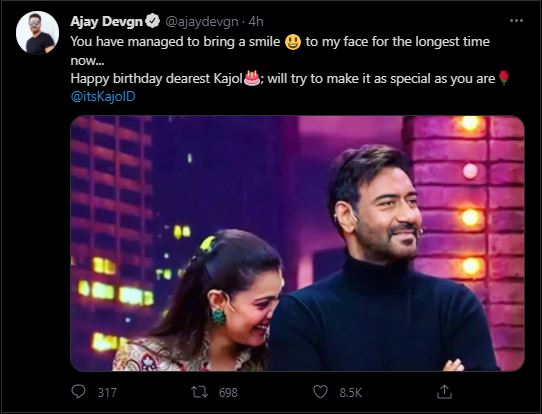 Ajay Devgan has shared a very beautiful picture on his Twitter account. In this picture, you can see that Kajol is laughing with her head on her husband Ajay’s shoulder. At the same time, Ajay Devgan is also seen smiling in the picture. This picture of both is seen during an event. Fans are very fond of this photo. Sharing this, Ajay wrote in the caption, ‘You have always left no stone unturned to bring a smile to my face. You are very special to me. I will try my best to make this birthday of yours special. Along with liking this fan, commenting on it, Kajol is congratulating her a lot on her birthday. 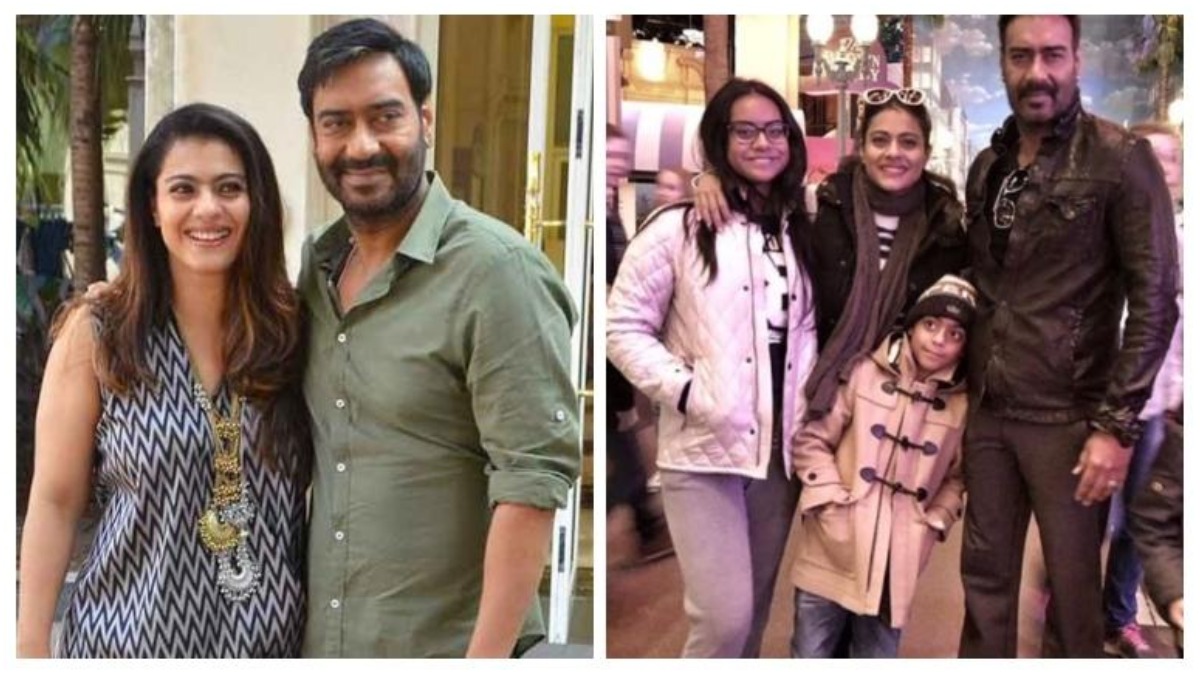 It is worth noting that Kajol and Ajay Devgan first met on the sets of the film ‘Hulchal’. After dating each other for 4 years, we decided to get married. Kajol and Ajay were married on 24 February 1999. Even after so many years of marriage, both of them enjoy their married life a lot. They have a daughter Nyasa who was born in 2003 and son Yug who was born in 2010. Kajol and Ajay Devgan have appeared together in many films like Ishq, Gundaraj, Pyaar To Hona Hi Tha, and U Me and Hum. They were last shared on-screen together in the 2020 period drama Tanhaji: The Unsung Warrior and the film was a huge hit.