Central Jail, Ambala has launched its prison radio, being third in the state.  It is inaugurated by Shri Rajeev Arora, IAS, ACS Home & Jails, Shri K. Selvaraj, IPS, Director General of Prisons, Haryana and Shri Lakhbir Singh Brar, Superintendent of Ambala Jail and Dr. Vartika Nanda, Founder, Tinka Tinka.  The Prison Radio in Haryana is the brainchild of India’s leading prison reformer Vartika Nanda. She heads the Department of Journalism in Lady Shri Ram College, Delhi University and is the founder of Tinka Tinka, a movement on prison reforms. 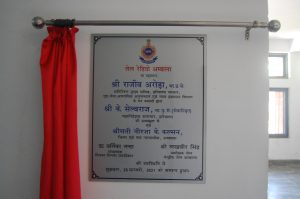 The jail radio is aimed at addressing the vital communication needs of 1100 inmates lodged in this jail. This jail is one of the three central jails of Haryana and also a historical jail of India which witnessed the execution of Nathuram Godse, the assassin of Mahatma Gandhi in the year 1949. The purpose of the prison radio is to promote art, creativity and harmony in the jail. 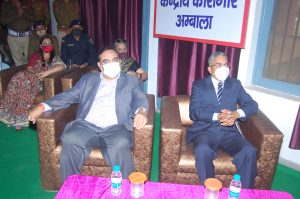 21 inmates were chosen as Radio Jockeys from the Haryana Prisons, out of which 6 are from the Ambala jail. They were part of an intense radio presentations skill training program organized in December 2020 by Dr. Vartika Nanda. Following this, first prison radio of the state was inaugurated in Panipat on January 16 by Shri Ranjeet Singh, Jail Minister of Haryana, Shri Rajeev Arora, IAS, ACS Home & Jails, Shri K. Selvaraj, IPS, Director General of Prisons, Haryana and Shri Devi Dayal, Superintendent of Panipat Jail and Dr. Vartika Nanda, Founder, Tinka Tinka. Later, prison radio commenced operations in District Jail, Faridabad in the same month. 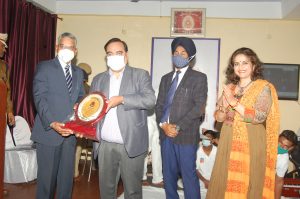 Prison radio in Ambala will operate from a specially designed studio in the jail premises for an hour on a daily basis. According to Shri Rajeev Arora, ACS Home & Jails, “This prison radio is certainly going to change the perception of outsiders towards inmates and will also help them reform through the process.” Speaking on the occasion, Director General of Prisons, Shri K. Selvaraj said, “One can easily see the change in the lives of inmates because of prison radio. This launch marks the completion of the first phase of prison radio in Haryana and we are now beginning the second phase in 4 other jails. He expressed his deep satisfaction at the progress made by inmates in both the jails where prison radio has been recently operationalized. Shri Lakhbir Singh, Superintendent of the jail remarked,” We are pleasantly surprised to see inmates enthusiastically engaging on a daily basis for executing the preparatory steps of prison radio. It has increased peace and tranquility in the jail environment.  The jail room became a place of happiness and creativity and it will continue to be the one. ” 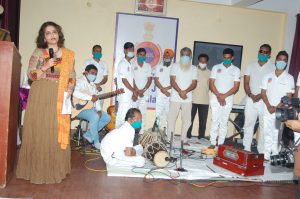 Vartika Nanda, who has conceptualized and trained the inmates, commented, “I had launched the first prison radio in District Jail, Agra in 2019 and have been observing the change that prison radio has brought to the lives of inmates. So far 21 inmates of Haryana Prisons have earned the identity of being Radio Jockeys and we are hopeful that this skill will help their reformation and reintegration into the society. I am already in the process of finalizing the module for the next phase of prison radio in the state.”

Haryana has 19 jails and the state plans to start prison radio in almost all the jails to help in the reformation process of inmates. Interestingly, a prison library has also been recently opened in District Jail, Panipat to further improve the levels of literacy in jails and help inmates in a better contribution towards jail radio. This prison library is also an initiative of Tinka Tinka Foundation.

Vartika Nanda is the recipient of Stri Shakti Award by the President of India in 2014. She was given this honor for her contribution in the field of media and literature.