Undoubtedly, film Gadar was one hell of a hit Bollywood film. What is more interesting is the fact that the film still has a great fan base. Now, its second part, titled Gadar 2 has gone on floors recently. In the sequel, Sunny Deol and Ameesha Patel will once again reprise their roles as Tara Singh and Sakeena from Gadar. Utkarsh Sharma who portrayed Sunny and Ameesha’s on-screen son in the first installment will also return for the sequel. Utkarsh is the son of the film’s director Anil Sharma. He is helming the project this time too.

Ameesha, who has begun shooting with Sunny has shared glimpses of the Muhurat shot via her Instagram handle. The photos shared by the actress depict her dressed as Sakeena while Sunny Deol can be seen playing the role of her husband, Sikh truck driver Tara Singh. Fans poured in their love on the post. One user wrote, “Kabse wait kar rahi thi iss din ka (Been waiting for this day for so long).” Another brought back the memories of Gadar while remebering Sunny’s famous hand pump uprooting scene. He asked in the comment, “Iss baar kya ukhadenge Sunny Paaji? (What will Sunny Paaji uproot this time?)”. A third user wrote, “I am so excited for this movie. The characters are back.” 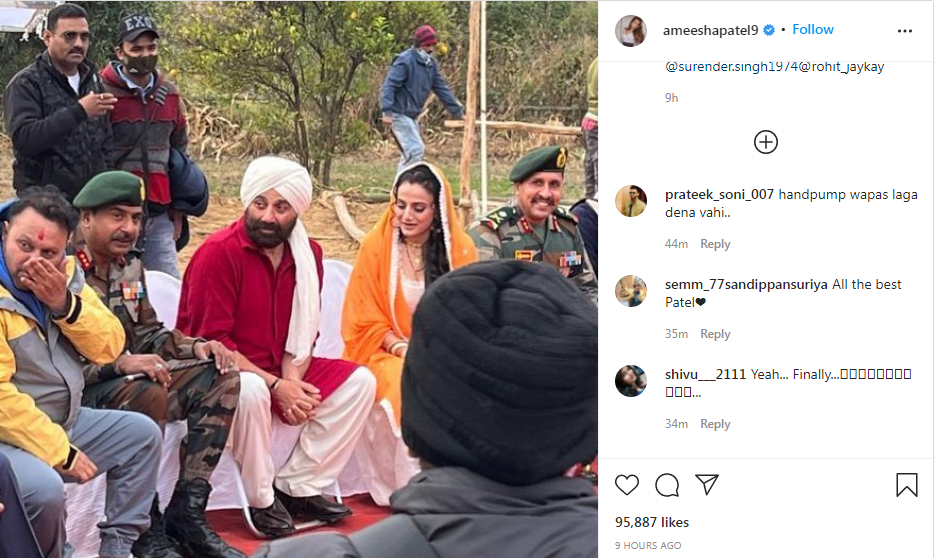 Utkarsh also shared the pictures of the clapperboard and wrote, “Lo ek aur safar shuru ho gaya (yet another journey has started), filled with excitement at the muhurat of Gadar 2. Aap sab ki blessings and pyaar chayiye (need all your love and blessings). Releasing on 2022.” 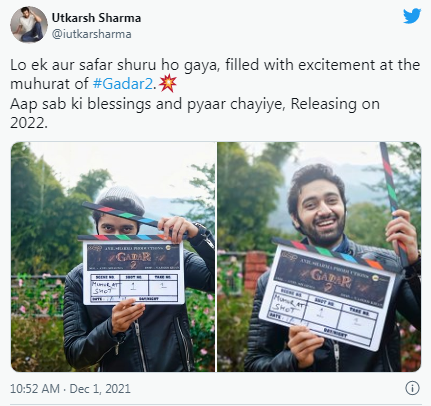 Sunny also shared a glimpse of his look on Instagram, simply by using hashtag, Tara Singh. 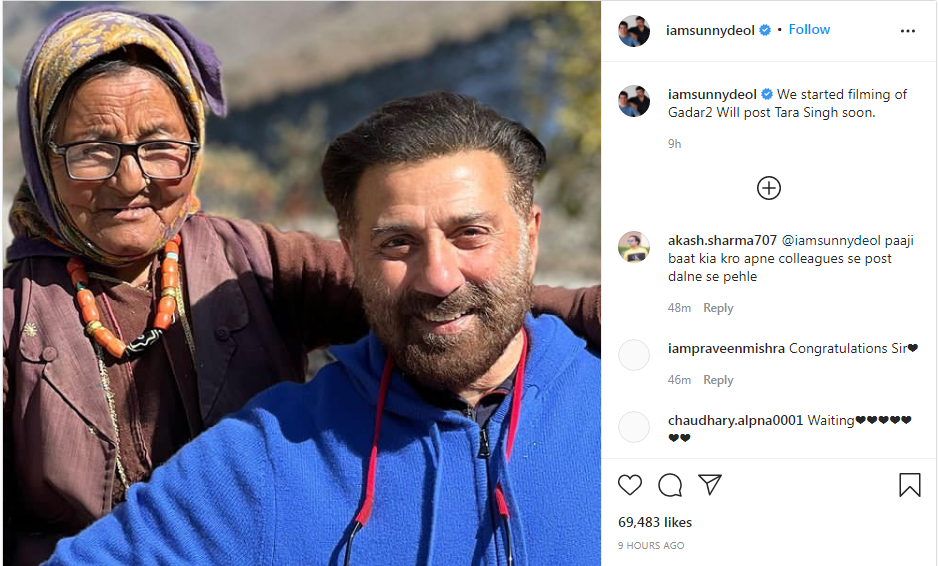 Before the announcement of Gadar 2, in October, Utkarsh reacted to the question of sequel and said, “Abhi toh hamari taraf se we have not announced anything (We haven’t said anything as of yet). I understand the love of the fans, which they have been giving us even after 20 years of desiring a sequel to this blockbuster film. That can only happen with a terrific story, and that takes time.”

He said it’s only natural that the sequel of a cult movie like Gadar 2 will take time: “This is not a Fast and Furious film that you just keep coming up with sequels. It needs that gravity, that time. Ek nayi duniya banane ke liye samay lagta hai. Rome was not built in a day, so I cannot, unfortunately, say anything at this point beyond that.”