Amitabh Bachchan Goes ‘Good Lord’ As He Reacts To His PICTURE Outside A Salon In Paris – See Inside!!!

Amitabh Bachchan, the biggest actor in Bollywood, recently got a charming gift from someone who was vacationing in Paris. The individual noticed Big B’s vintage photograph outside a hair salon in the French capital. The seasoned actor shared the same on his Instagram and wrote, “Good Lord! What on earth is the world coming to.” 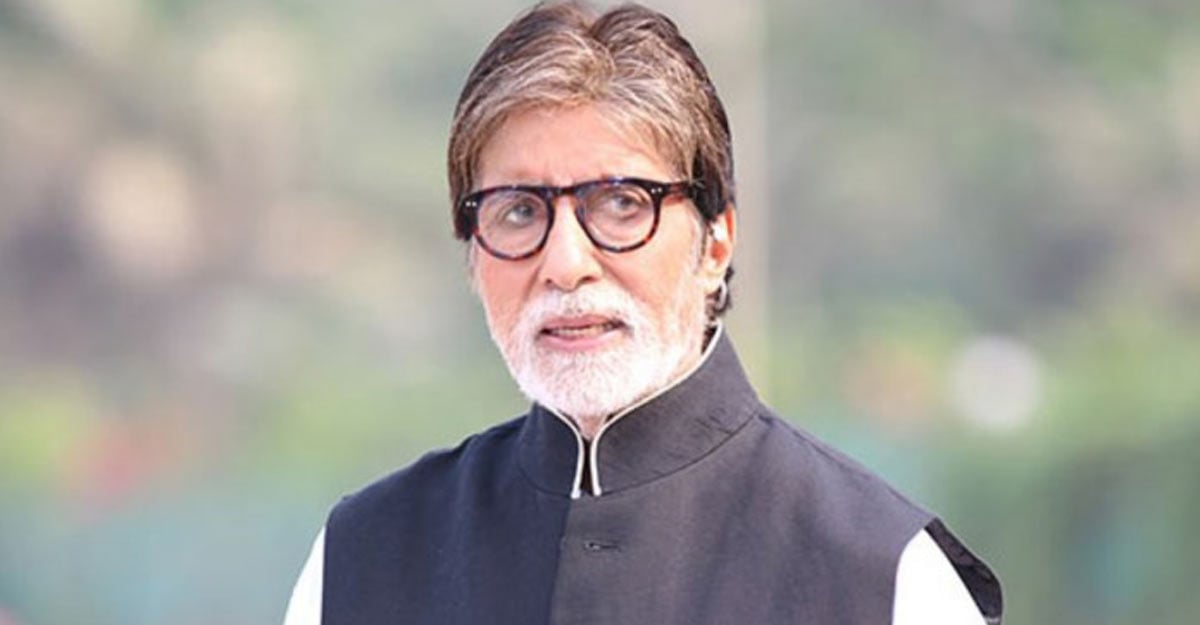 Megastar Amitabh Bachchan, affectionately referred to by his followers as Big B, is one of the most illustrious figures in the Hindi cinema business. The legendary actor has been wowing the crowd with his incredible performances for decades, and his popularity practically has no bounds. The Runway 34 actor has followers all across the world, not just in India. 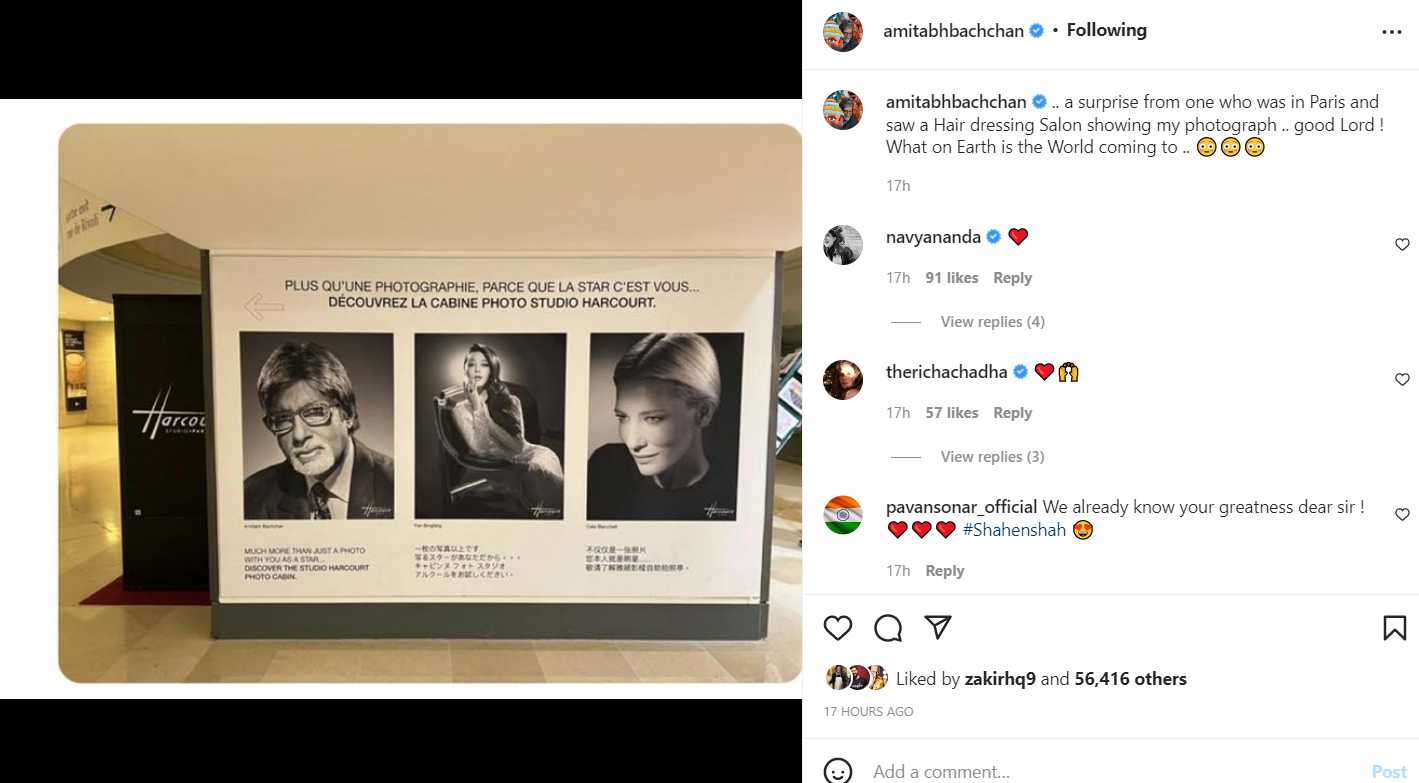 The actor captioned it after posting it, “a surprise from one who was in Paris and saw a Hairdressing Salon showing my photograph… good Lord! What on Earth is the World coming to…’ Fans and Bollywood stars were in wonder after seeing the post. Others who left heart-shaped notes in the comments area were Richa Chaddha and Navya Naveli Nanda, the granddaughter of Big B.

Producer Abhishek Vyas made a statement at the time, “@amitabhbachchan sir I just got off an Uber in London and the driver was from Ghana. He has been in love with you and your work since the 80’s and his favourite film is #sholay . He feels and prays you will never get old like all of us.” A fan penned, “Sir ji unn logo ka naseeb hai ki aap ki photo wahan lagi hui hai.” 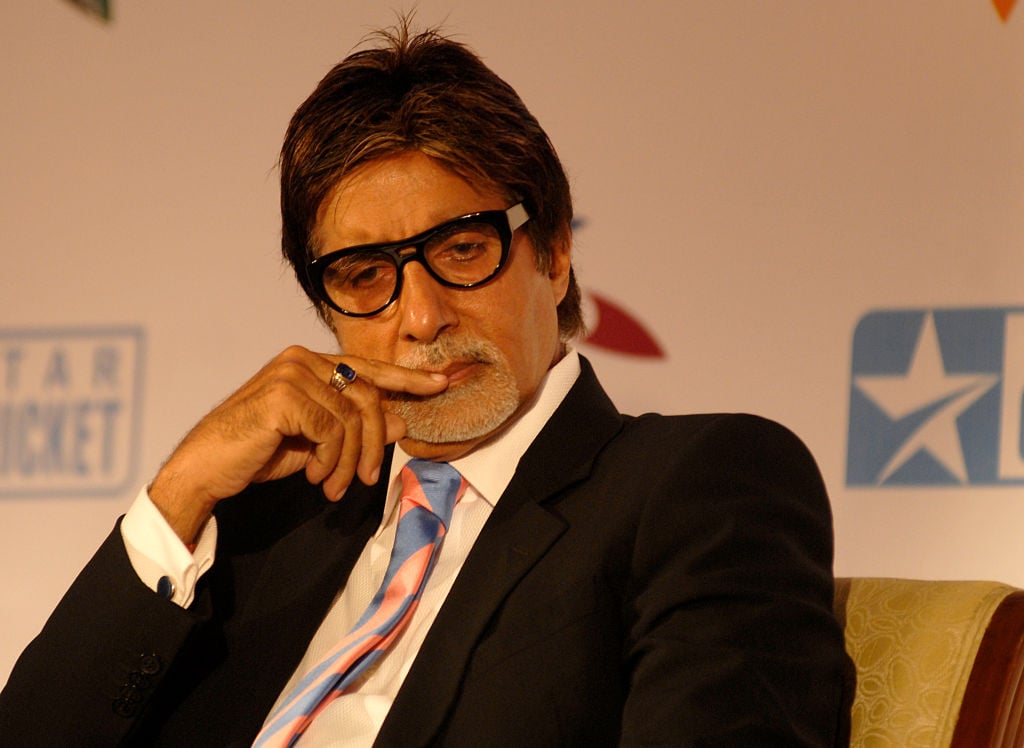 On the professional front, Amitabh Bachchan is working on a number of projects. The 79-year-old icon will next be seen in Alia Bhatt and Ranbir Kapoor’s Brahmastra Part One: Shiva. He also has other movies like Project K, Unnchai, Goodbye, etc.