Zoya Akhtar’s ‘Dil Dhadakne Do’ completed 6 years today. The multi-starrer movie remains one of the most loved stories in recent times. On account of that, Anil Kapoor who played one of the lead roles, shared a happy video consisting of BTS pictures and snippets from their shooting days. Written by Zoya Akhtar and Reema Kagti, revolved around a rich, upper-class family whose facade of a happy unit crashes when they embark on a cruise trip to celebrate the parents’ 30th wedding anniversary. 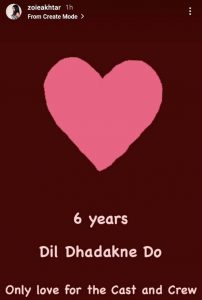 Dil Dhadakne Do was not only praised for its pitch-perfect casting, but also for touching upon the various emotional conflicts that are often intentionally unexplored within families. The film was also talked about for roping in superstar Aamir Khan to voice the family’s pet dog Pluto, who expressed his amusement about the eccentricities of human beings. 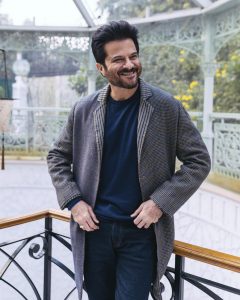 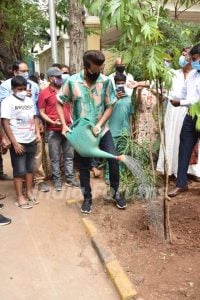 Today as the world celebrates World Environment Day today, B’Town is also doing it’s bit to create awareness about the importance of a clean and green environment. Speaking of which, the paparazzi recently posted Anil Kapoor near his residence, getting engaged with a tree plantation campaign.