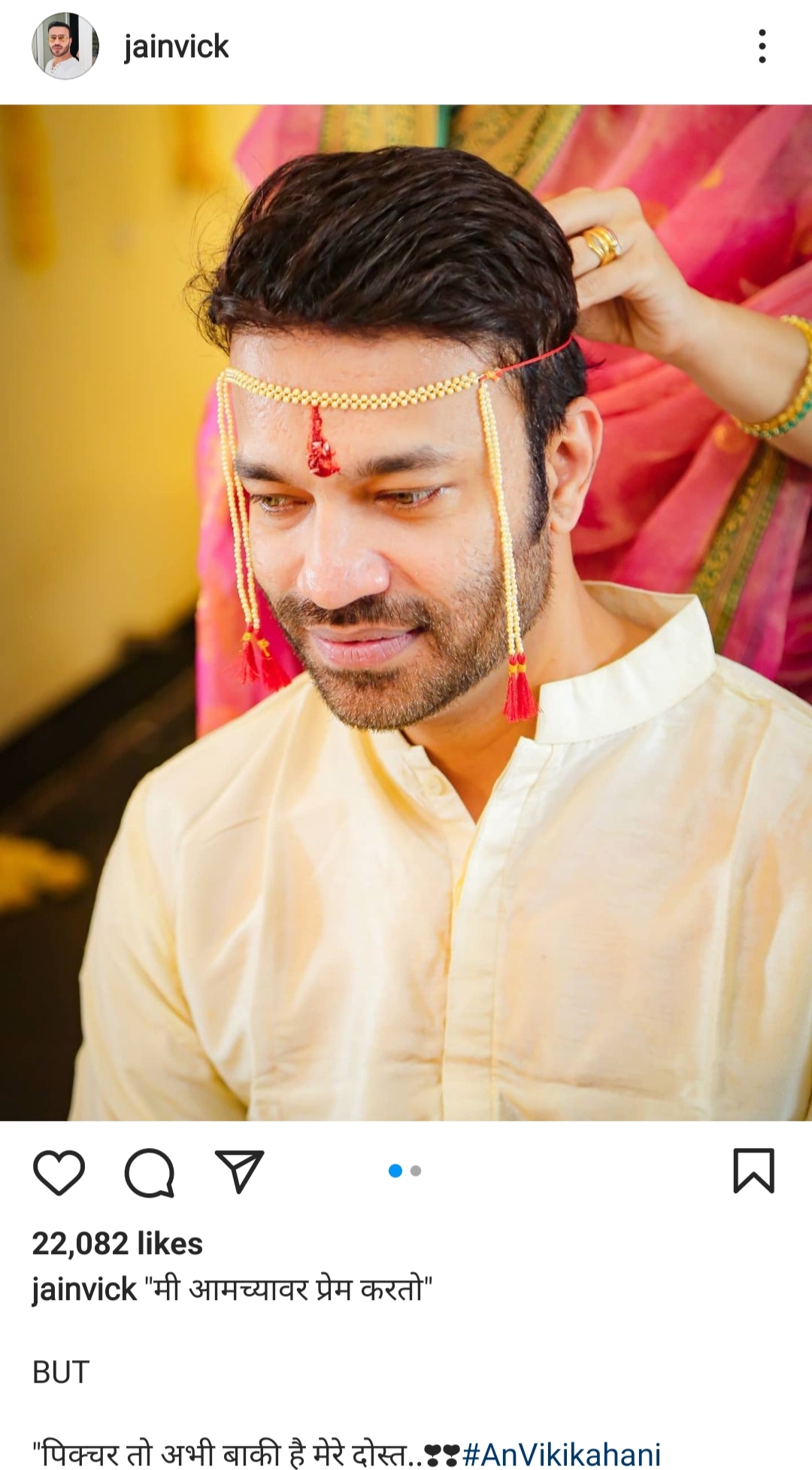 In the photos, Ankita Lokhande wore a simple green saree with a pink and golden border. She also wore a mundavalya, an ornament tied horizontally across the forehead with two vertical strings down from both sides, and traditional jewellery. Vicky wore a simple off white kurta and paired it with white pants for the ceremony. 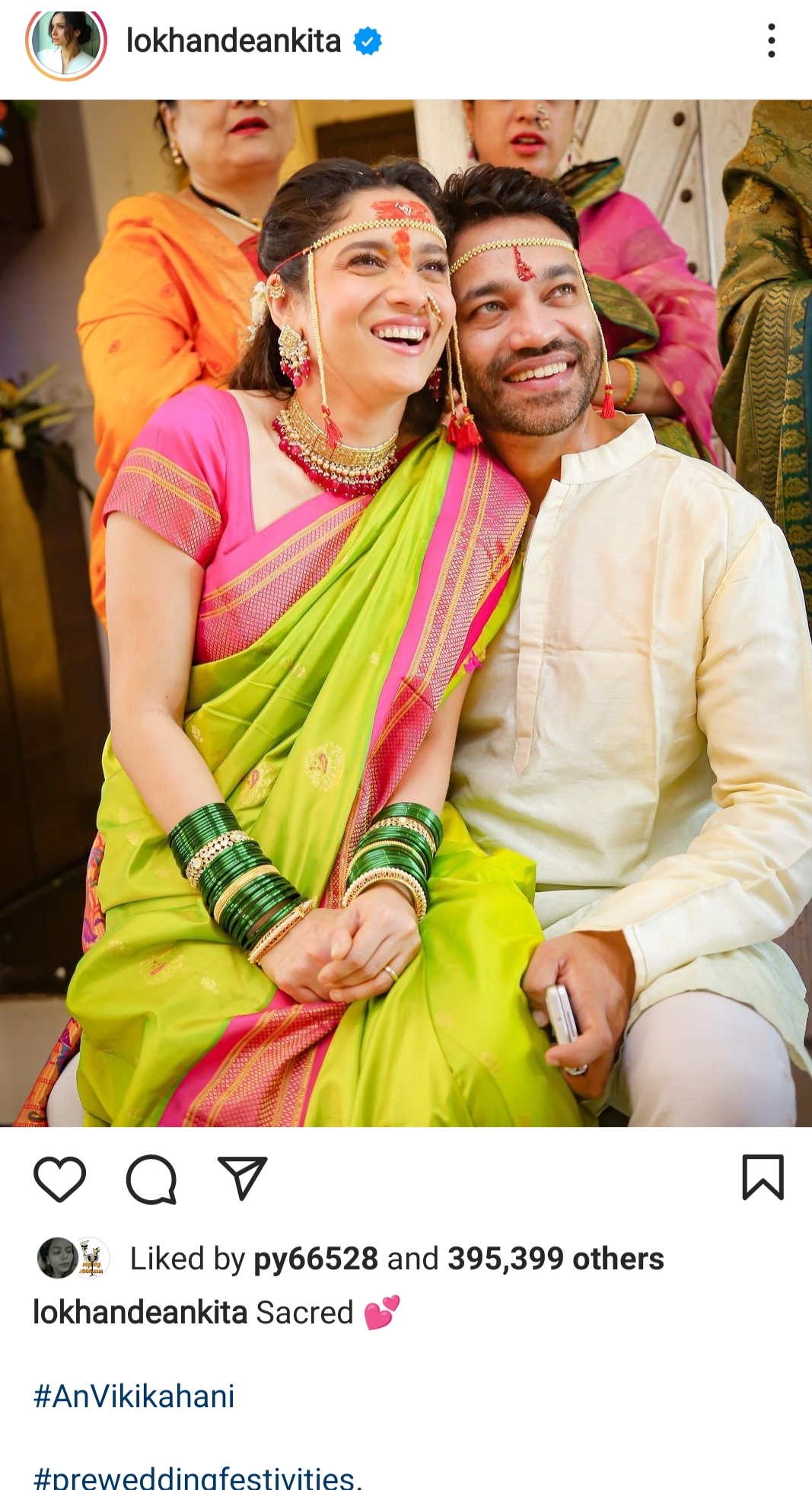 In the candid picture, shared by Ankita, she sat on Vicky’s lap as they smiled. Sharing the post, she captioned it, “Sacred #AnVikikahani #preweddingfestivities.”

On Tuesday morning, Ankita and Vicky were photographed together in Mumbai. The couple reportedly went to distribute wedding cards to close friends in Mumbai. The paparazzi left Vicky blushing as they called him ‘jija ji’ (brother-in-law) and said ‘shaadi wala mahina chalu ho raha kal se (your wedding month is arriving tomorrow)’. Ankita had previously attended a bachelorette party in November where she let her hair down with her girl friends. The videos and photos from the party went viral on social media. Ankita had also shared a few clips from the party on Instagram. 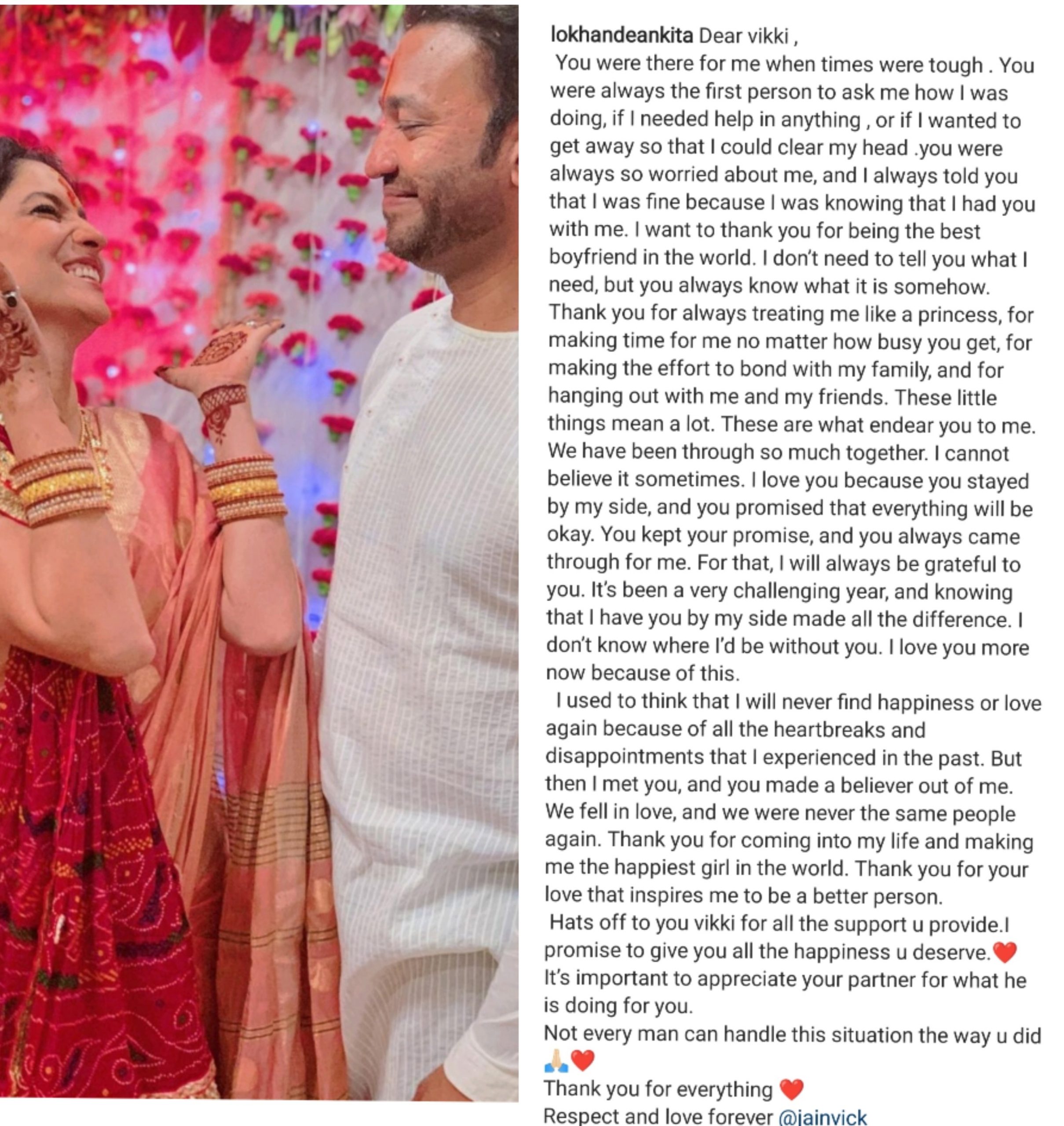 Ankita Lokhande and Vicky Jain celebrated their third anniversary this month. The actor shared a heartfelt note on the occasion and thanked her boyfriend for being with her in toughest times. She also tagged Vicky as the best boyfriend in the world as he was the first person to her if she was doing well.