Actor Pankaj Tripathi has shared a romantic picture with his wife Mridula on their 17th anniversary. Sharing his old photos on social media, Pankaj writes, “Seventeen years in the knot today. Some memories of this happy journey. Thank you ️.”

As soon as the actor posted some pictures from his wedding on his social media account, celebs started wishing him a happy anniversary. His neighbor Archana Puran Singh wished him on the anniversary and wrote, “Many congratulations Mridula and Pankaj❤️❤️❤️.” 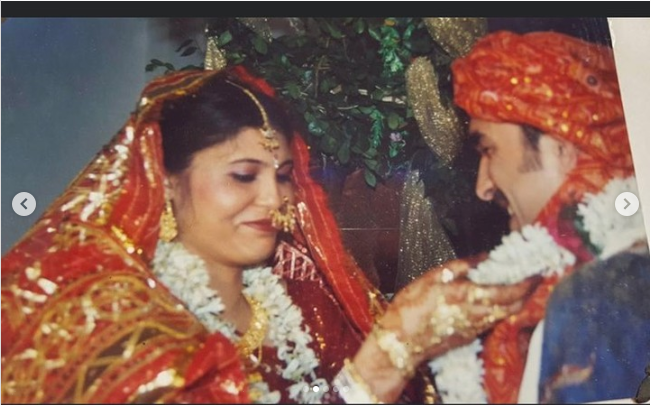 In an interview, Mridula Tripathi elaborated on her first meeting with Pankaj Tripathi. She said that this was on May 24, 1993. My elder brother had a tilak ceremony. I was going to a small room on the terrace to get dressed when I saw a boy with brown eyes, brown hair, and a beard. Those eyes followed me throughout the ceremony. Then I was in class 9th and Pankaj was two years older than me. 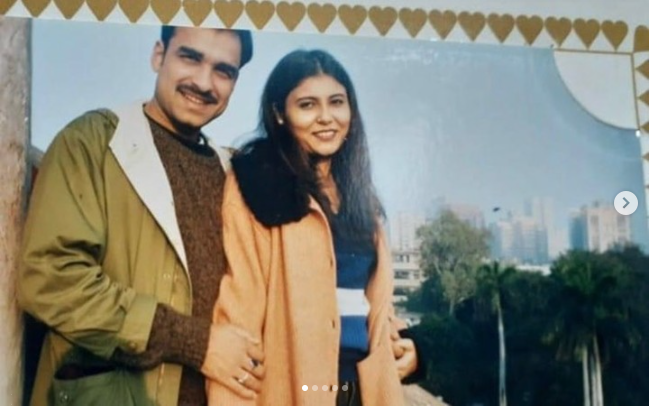 In the interview, the actor praised his wife and said, “I was able to pursue my career without any worries as my wife had taken full responsibility for the house. If you ask me about my struggle, I won’t have any sad details like sleeping on the sidewalk or starving for days. This is because my wife Mridula had taken over all the responsibility of the house. I tell everyone that she is the man of our house”.

Pankaj mentioned in another interview that my wife Mridula and I survived on her income in Mumbai. She was a qualified school-teacher and got a job in Mumbai, while I did what artists from outside Mumbai city do…struggle,”. Please tell that Pankaj and Mridula have a 15-year-old daughter, whose name is Aashi.