Anupam Kher posted on Instagram about his recent meeting with Prime Minister Narendra Modi, in which he presented him with a gift on behalf of his mother, Dulari Kher. Anupam Kher tweeted images from the meeting on Instagram, congratulating the PM for his “hard work.” He stands next to Modi in one shot and presents him with rudraksha mala (prayer beads) given by his mother in the other. 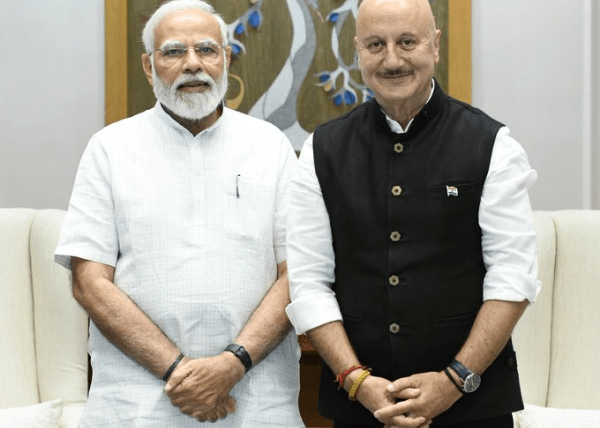 Kher wrote in chaste Hindi, “Respected Prime Minister @narendramodi Ji. Both the mind and the soul were pleased to meet you today. I got a chance to say thank you for the hard work you are doing day and night for the country and the countrymen.”

He also added, “I and Dulari ji will always remember the reverence with which you accepted the rudraksha mala sent by my mother to protect you. May God always shower his blessings on you. And keep giving energy to all of us like this! Jai Hind! #PrimeMinister #NarendraModi #India #Gratitude #Humbled #DulariRocks.” Neena Gupta reacted to the photo and said, “Wow.”

Anupam also shared his post on Twitter. PM Modi tweeted back, “Thank you very much, @AnupamPKher Ji. It is the blessings of your respected Mataji and the countrymen, which keep motivating me continuously for the service of India.” 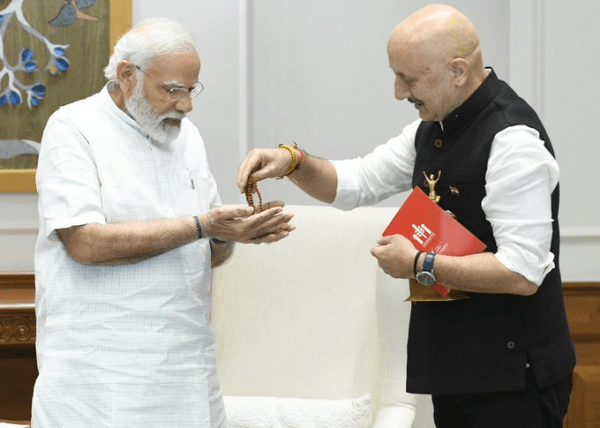 Anupam Kher’s most recent film was The Kashmir Files, which was a box office smash in India, grossing over Rs 250 crore. The migration of Kashmiri Hindus from the Kashmir Valley in the 1990s was the subject of a film directed by Vivek Agnihotri. Pallavi Joshi, Mithun Chakraborty, Darshan Kumaar, Puneet Issar, Mrinal Kulkarni, and others also appeared in the film.

The actor has signed a new international show called The Son In Law, which he will star in. Reema Sampat, Chris Sullivan, and Meera Simhan also star. In Delhi, he is currently filming Sooraj Barjatya’s Uunchai.