It is wedding season in Bollywood. After Rajkummar Rao and Patralekhaa got hitched last week, Anushka and Aditya followed the suit. On Sunday, Aditya Seal and Anushka Ranjan who were dating each other for a very long time tied the knot in a lavish wedding ceremony. The bride Anushka opted for a sober, lavender-coloured lehenga paired with diamond jewellery. She looked extremely gorgeous in her wedding look. Complementing the bride was her groom Aditya, who looked dashing in a yellow sherwani and dhoti. Anushka had vermillion on her forehead while posing for the paparazzi along with Aditya. 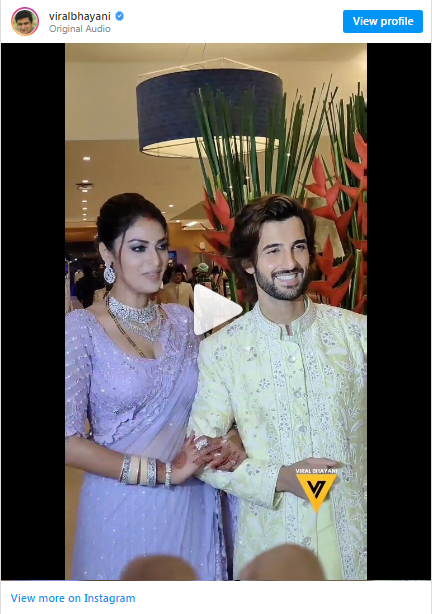 Aditya arrived with all the band baaja. Many pictures and videos from the wedding are circulating on the internet. In one video, Anushka and Aditya were seen standing on stage with garlands in their hands. What is winning the hearts of netizens is how Aditya took out a handkerchief from his pocket and wiped Anushka’s tears before exchanging garlands. The wedding ceremony of Anushka and Aditya was quite a star-studded affair. Several popular faces from the film and TV industry made it to the celebrations of the adorable couple. Rakesh Roshan, Alia Bhatt, Vaani Kapoor, Bhumi Padnekar, Athiya Shetty, Sussanne Khan were some of the known faces who share a close bond with Anushka and Aditya. These celebs were seen enjoying the ceremony. 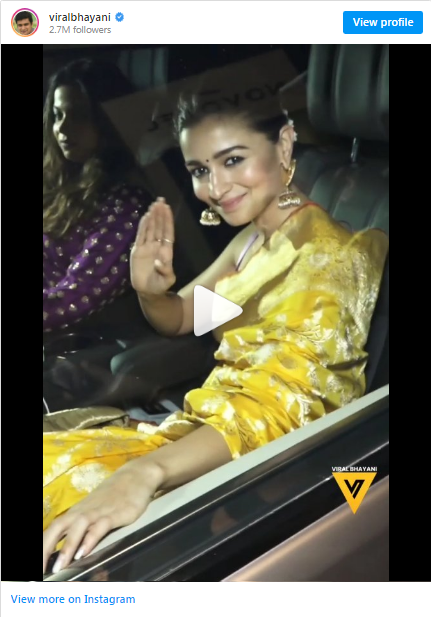 Among others who attended the wedding were, Aly Goni and his girlfriend Jasmin Bhasin, Madhur Bhandarkar, Poonam Dhillon, and Varun Dhawan’s mother, Laali. Bhumi Padnekar who attended the wedding took to her Insta Stories to congratulate the newly-wed couple. Along with a wedding picture of the couple, she penned “Congratulations. You both are pure love. M out of love.” She wrote another picture of her and her sister Samiksha posing with the newlyweds. She captioned them as “Mrs and Mr Seal.”

Recently, Aditya and Anushka featured in a music video as a romantic couple. Titled Meri Zindagi Mein, the song is sung by Amit Mishra and is written by Sameer Anjaan. Actor Aditya Seal was last seen opposite Kiara Advani in Indoo Ki Jawani. He is known for his roles in films Tum Bin 2 and Student of the year 2. Anushka on the other hand has featured in a few Bollywood films, such as Wedding Pulav and Batti Gul Meter Chalu.