Anushka Sharma Seen Stumbling With Virat Kohli At The Airport; Netizens Said, “Is She Drunken?” 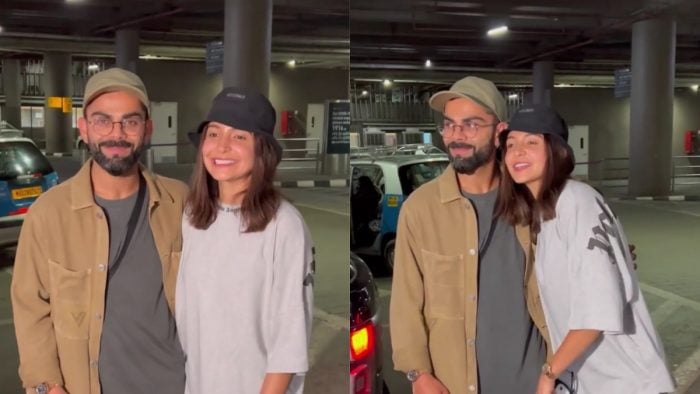 Now, As they are back from their vacation in London. The paparazzi catch the two of them at the airport. In a video, the two can be seen still in so much love. This video was posted on Viral Bhayani’s fansite Instagram account. In the video, you can see how two people take care of each other. Anushka in the video is also somewhat staggering due to which there are many reactions by people saying,” she drank alcohol.” 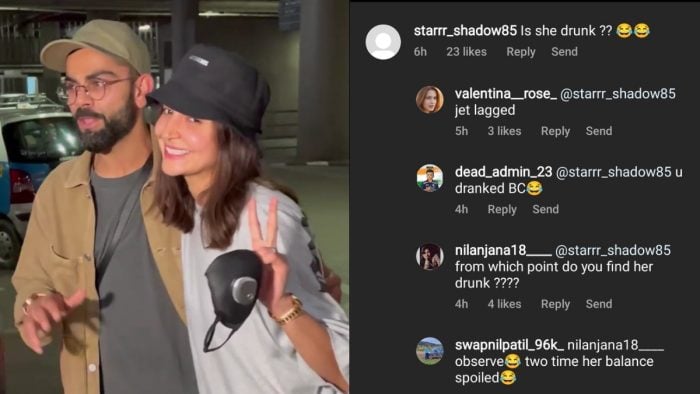 Actually, In the video, we can see Anushka staggering and putting her head on Virat’s shoulder which she usually never does. That’s why people are considering her to be drunk.

Speaking of their looks, they looked very casual at the time. Anushka was in a t-shirt and jeans, and Virat Kohli was in a revealing t-shirt and photo t-shirt. Anushka wears a black hat and Virat looks great in neon-coloured glasses. 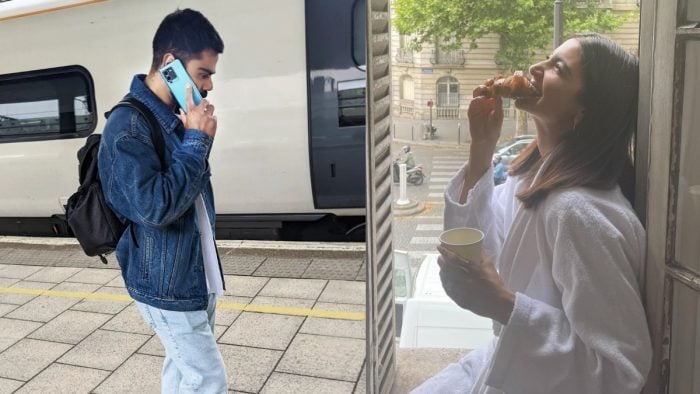 Virat and Anushka got married on December 11, 2017, after years of relationship. After that, Anushka Sharma gave birth to a daughter, Vamika, last year. Anushka is often seen with Vamika. On the work front, Anushka Sharma’s Chakda Express will be released in September. In this film, she will play the female role of Jhoolan Goswami.