Breakups, Patch-ups, calling it quits are common things these days. The millennials have mastered the art of dealing with all these. Finding true love in this generation has become one of the toughest thing. Parth Samthaan has been through the same situation recently. He was madly in love with his Kasauti Zindagi Kay 2 co-star Erica Fernandez but the two couldn’t take their relationship to the next level. They could be seen spending time with each other off the set as well.

But a few days back there were rumours that Parth and Erica’s relationship has hit a rough patch. And Priyanka Solanki played the villain-of-the-piece, as her closeness with Parth, didn’t go down well with Erica. Now, Parth seems to be getting cosy with his other co-star on the show Ariah Agarwal. Sources say that Parth has often been spotted at Ariah’s Lokhandwala residence. Rumour has it that their attraction for each other is new, but galloping with giant strides.

On October 6, 2019, Ariah had taken to her Instagram to share some lovey-dovey pictures with Parth which had fuelled the ongoing rumours. She had captioned the post as, “Hey alexa! What is Pisces and Pisces FRIENDSHIP compatibility? Alexa: 100%.” But now in a telephonic interaction with SpotBoye Ariah had dismissed the rumours of her dating Parth.  She had said, “Parth is a very good friend.” 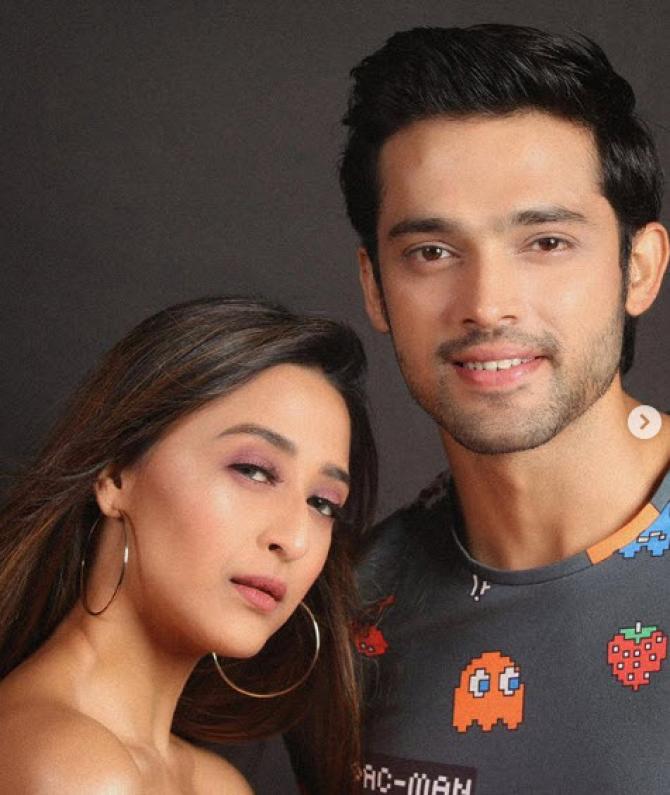 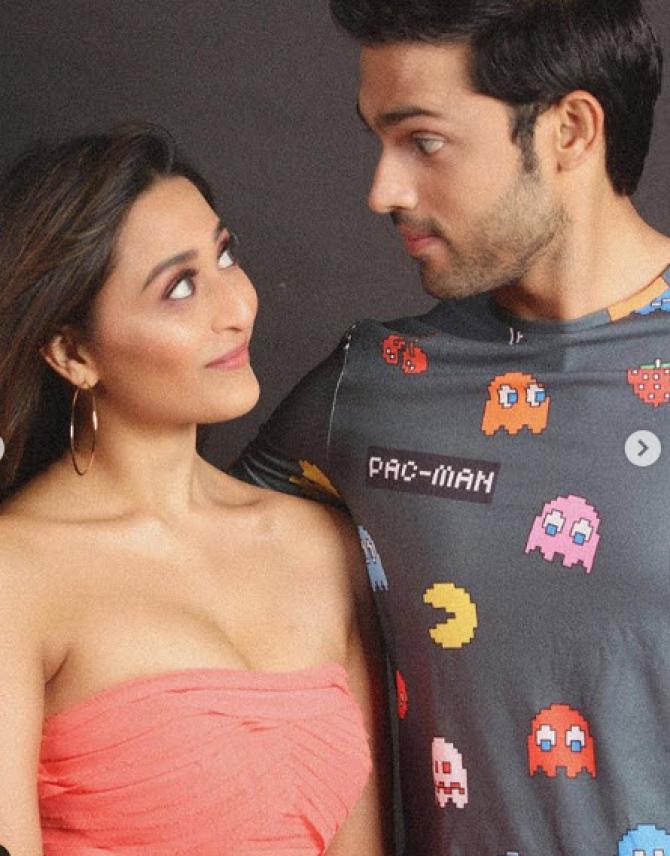 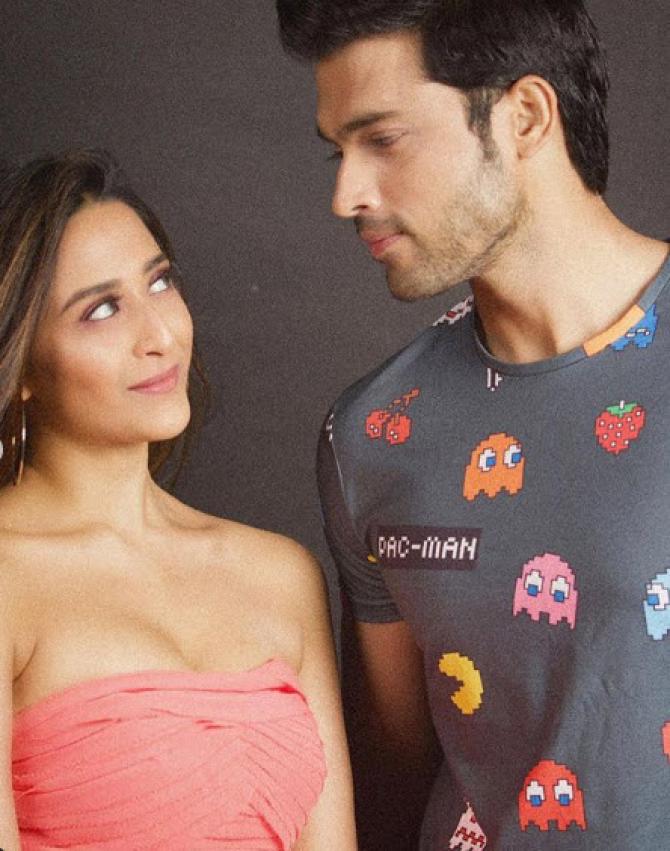 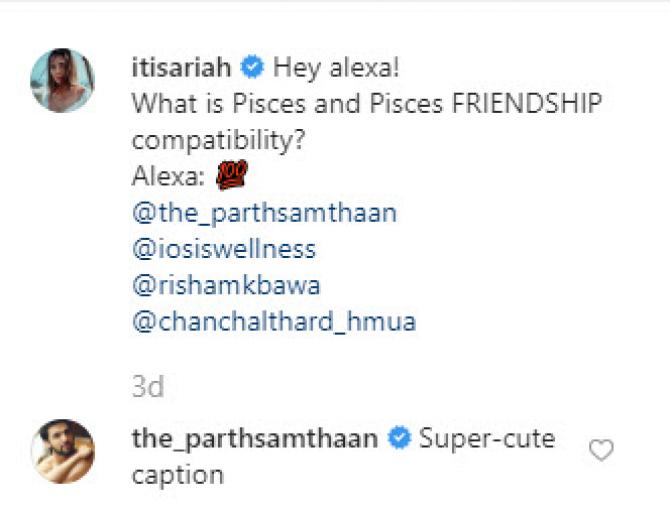 Now according to the rumours Parth has moved on from his past relationship and is now dating Ariah Aggarwal.  A few days back a video had gone viral where Parth was seen getting cosy with Ariah while they danced to “Neend Churai Meri Kisne O Sanam”. Sources say that Parth has often been spotted with Ariah at many occasions and has been making frequent visits to Ariah’s Lokhandwala residence. Have a look at the video:

Parth and Erica had shared an adorable rapport. Talking about his bond with Erica Parth had once shared in an interview, “I remember meeting Erica for the first time on the set. We hit it off right away. Erica and I are around the same age so, it was really easy to get along with her. She is an amazing person and we have a lot of fun in between shots. She is an experienced actress and is multi-talented, so I get to learn a lot from her. It’s great that our off-screen friendship is translating really well on-screen and viewers are enjoying our on-screen chemistry.” 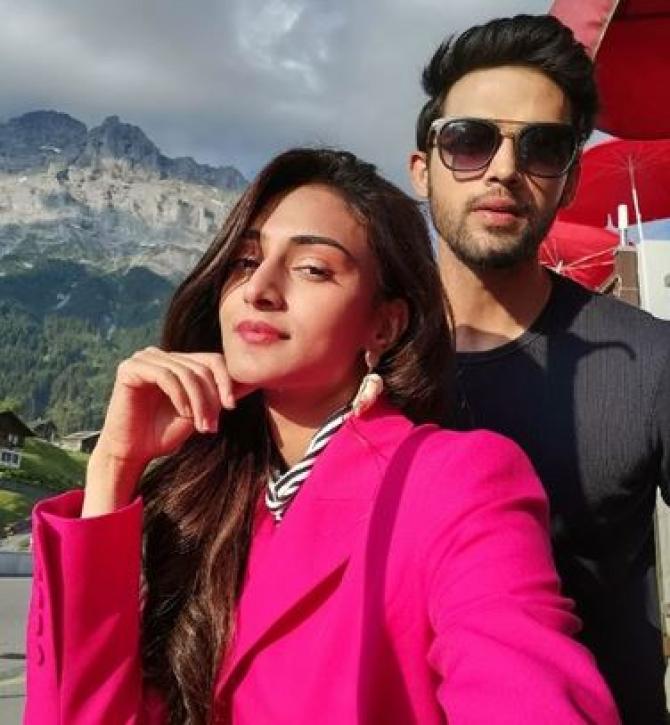 The rumoured ex-couple were inseparable on sets and were spotted with each other frequently.  A source close to them had once shared, “Parth and Erica have been inseparable and are always together. They both arrive on the set together and wait for each other’s pack-up to leave together. They are very fond of each other and clicked since the day they met. Parth is always in Erica’s make-up room and they find their way to each other even in between shots. Parth also went to meet Erica’s family and they seem to adore him.”

Though Ariah had denied dating her co-star Parth, as we say there is no smoke without fire. What do you guys think?

One call from Sanjay Leela Bhansali made Alia Bhatt jump for 5 minutes
10 Trending Office Looks-2019
Alia Bhatt Gets Slammed For Being Rude To Her Bodyguards; Video Inside
Disha Patani Loved TV Star Parth Samthaan But Had An Ugly Breakup Because Of This Person