Arjun Kapoor got a new tattoo on his left wrist. He got the letter A inked, along with a ‘spades’ symbol, signifying the Ace of Spades. He dedicated it to his sister, Anshula Kapoor, whom he called the ‘ace up (his) sleeve’. Taking to Instagram Reels, Arjun Kapoor shared a video of himself getting the tattoo and tagged Anshula Kapoor. “She is the Ace up my sleeve. @anshulakapoor & I, intertwined forever in life & also by the letter A,” he wrote. 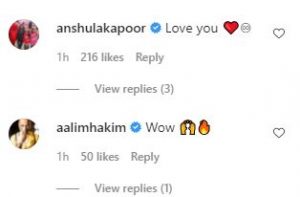 Commenting on the post, Anshula wrote, “Love you.” She also added heart and infinity emojis. Ayushmann Khurrana dropped a heart emoji, while hairstylist Aalim Hakim said, “Wow.” Fans also showered love. “Omgggg this is absolutely amazing and such a lovely gesture!!! @arjunkapoor,” one commented. “So beautiful bond forever bro sis,” another wrote. “Love to both of u,” a third said.
Earlier, while talking about Anshula’s sacrifices, Arjun had said in an interview, “She did a course in America, she graduated and she moved to India so that I don’t get lonely. She looked at my life as her life. She runs the house so that I can work. It’s not easy to live without having parents around, at least one child has to be slightly responsible so that the other one can enjoy, be carefree, irresponsible and go take on the world.” 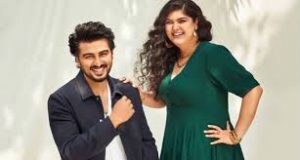 The actor had also praised his sister on his social media pages by stating, “I know she is my sister and I can pick up the phone and tell her this… But strangely sometimes it is easier posting things. It feels cathartic. It’s okay Anshula Kapoor, you don’t have to be an adult all the time.” 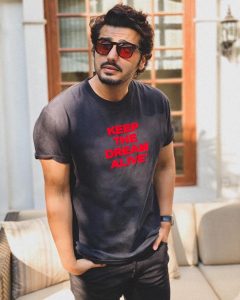 Arjun said in a statement, “Tattoos, for me, are deeply personal. Anshula and I have gone through everything together. A is for Arjun and A is for Anshula. We are intertwined with the letter A and to each other. We have promised to look after each other and be there for each other, no matter what. Anshula is my number one human, she is the ace up my sleeve and I decided to ink her initial on my body because of that. I have to admit that this is my favourite tattoo, hands down.” 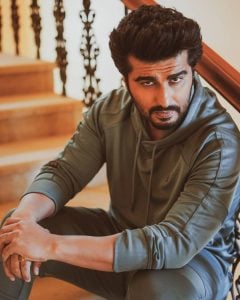 Arjun has two other tattoos – he has ‘maa (mother)’ inked on his right wrist, dedicated to his late mother, Mona Shourie Kapoor, and the Latin phrase ‘Per Ardua Ad Astra’ on his arm, which means ‘from adversity to the stars’. Meanwhile, Arjun was seen in two films this year — Sandeep Aur Pinky Faraar and Sardar Ka Grandson. His upcoming projects are Bhoot Police and Ek Villain Returns.