Arjun Kapoor Wished Shanaya Kapoor On Her Birthday In A Special Way; Wrote A Loving Post For Her Sister

Actors Sanjay Kapoor and Maheep Kapoor’s daughter Shanaya Kapoor is celebrating her 22nd birthday on Tuesday. On this occasion, fans, Bollywood actors, and family members are wishing Happy Birthday. Meanwhile, the actor and his cousin brother Arjun Kapoor have wished him a happy birthday by sharing a loving post on social media. Arjun Kapoor shared an adorable picture with Shanaya on his official Instagram, in which both of them are seen in a fun-filled style. Along with this, the actor has also written a loving post tagging the birthday girl. 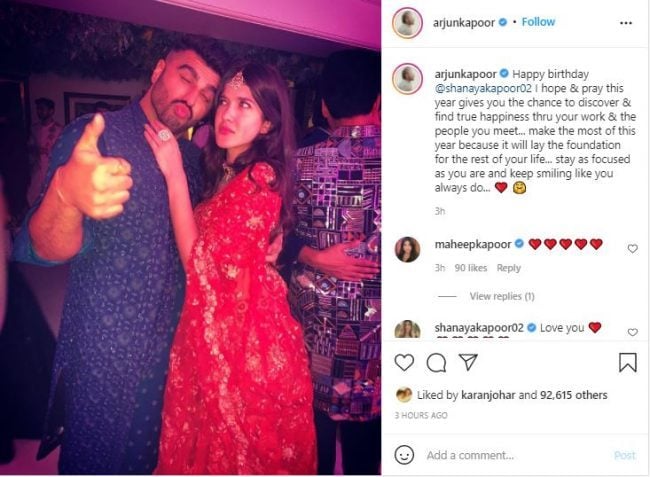 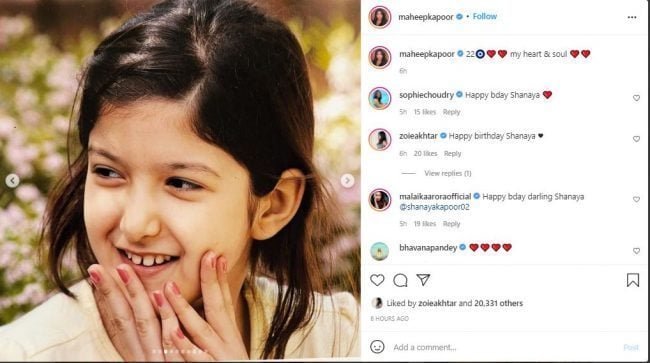 He wrote in the post, Happy Birthday Shanaya Kapoor, I hope and pray that this year gives you a chance to find happiness in your work and the people you meet. He further wrote, ‘Make the most of this year as it will lay the foundation of your life. Stay focused as you are and keep smiling as always. This post of Arjun is being liked by fans as well as Bollywood stars on social media and they are expressing it by commenting on the post. Before Arjun, Shanaya’s mother Maheep Kapoor wished her daughter a happy birthday by sharing throwback photos and posts on Instagram. Also, her cousin sister actress Janhvi Kapoor’s younger sister Khushi Kapoor has shared a throwback picture wishing her a happy birthday. 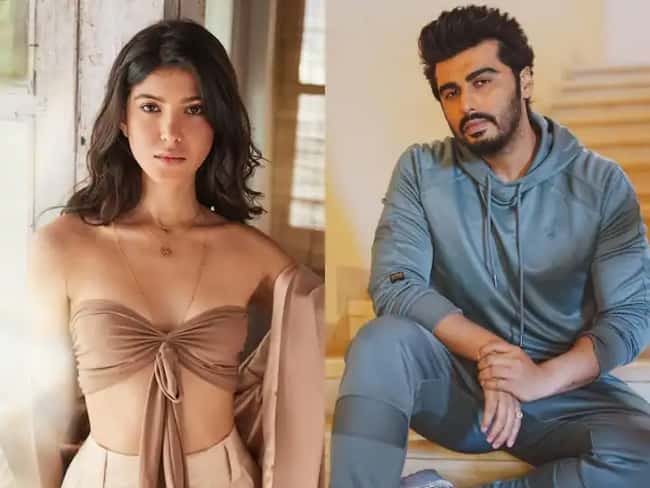 Recently, Karan Johar had told through social media that he is going to launch Shanaya Kapoor in Bollywood. Shanaya has also joined Karan’s Talent Management Company. No information has been received about which film she is working on and when this film will be released. Shanaya has worked as an assistant director in her cousin Janhvi Kapoor’s film Gunjan Saxena, which came in the year 2018. Talking about Arjun Kapoor, he was recently seen in the film Bhoot Police. Which was released on Disney Place Hotstar and starred Saif Ali Khan, Yami Gautam, Jacqueline Fernandez in lead roles. Talking about Arjun’s upcoming films, he is working in Ek Villain Returns.