The rumors of Arpita Khan being pregnant with her second child started a few days ago. A source close to the family stated that Salman Khan’s sister was preggers and actually expecting her second child after Ahil. While all her fans and the fans of Salman Khan rejoiced with happiness at this news, nothing was confirmed as yet. And now, post the news, she has finally stepped out with her hubby Aatush Sharma, son Ahil and sister Salma Khan.

Arpita and Ayush, who have always been active on social media and updating their fans about their whereabouts, are staying far away from posting full-length pictures Arpita. We have just got our hands on a few pictures of Arpita, who is currently holidaying or as if we say Babymooning in New York. In the pictures, while LoveYatri actor is seen spending some time with mother-in-law, Salma Khan, Arpita can be seen hiding her baby bump in a black long t-shirt. We can’t help and notice cute li’l baby bump of Arpita. Check out the pictures: 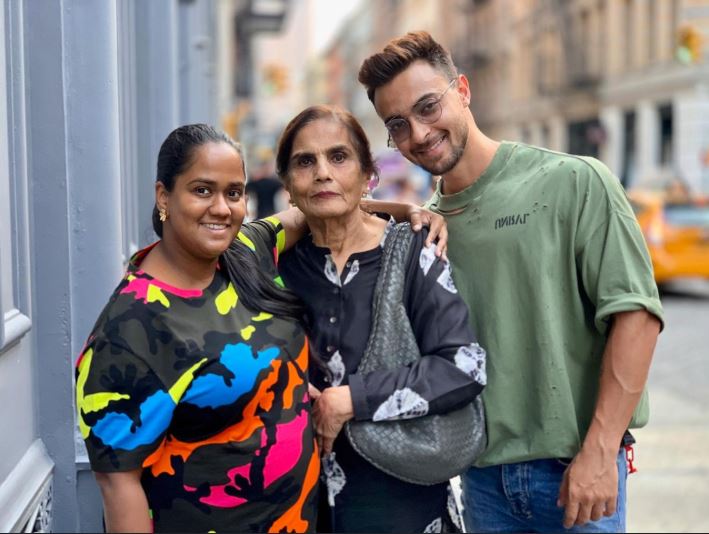 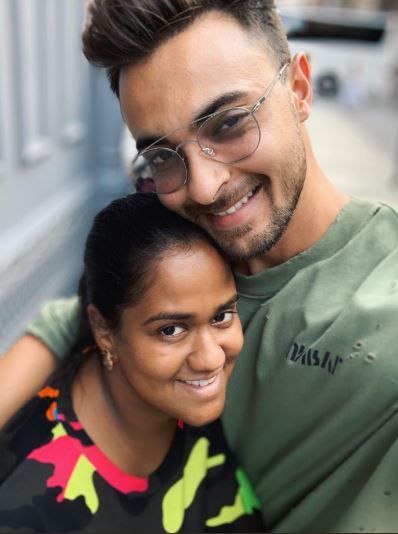