Sometimes in life, we have to give up or rather compromise on one aspect to pursue another. Time and again Bollywood celebrities have expressed how they miss out on family time, for their tight-packed work schedules. Ayushmann has proved his mettle as an actor over the years. He has showcased versatility and how he can pull off any character with much ease. After back to back hits, Ayushmann has decided to take a long break from movies as he wants to spend time with his family.

In a recent interview, he had shared he will be on a break for two-three months. He was quoted as saying, “I don’t know how long the break will be. It could be two to three months, maybe more. All of last year and most of this year I was shooting four back-to-back films. So this past year was really tough. But now I am taking care of it, and I will strike a balance. I am taking time off from mid-November to be with my family.” 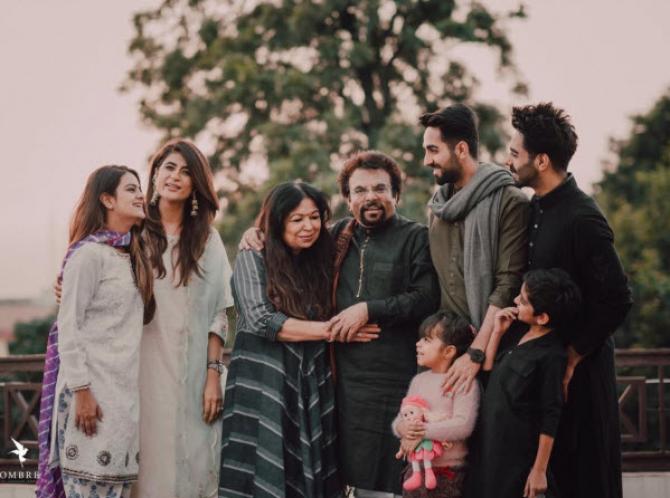 Prior to going on break, Ayushmann has to wrap up pending work commitments. He had stated, “I will soon have to get busy with the promotion of ‘Bala’ even as I complete my work on ‘Shubh Mangal Zyaada Saavdhan”.After that Ayushmann will be on a break from November 15. He said, “I haven’t signed any film after ‘Bala’. After November 15, I am completely free to spend time with my family. I do realise my children are growing up and my wife needs time from me. I am making a conscious attempt to take time off from work periodically”. 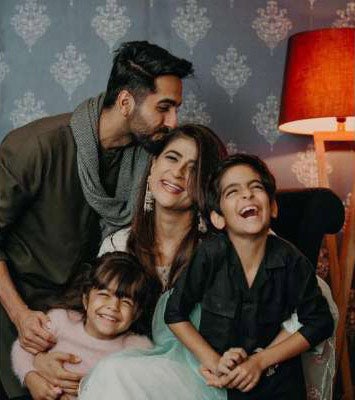 He had further added, “I will be looking at scripts while I am home. Even if I lose out on work (during the vacation), it’s fine. There is an imperative need to take time off. It rejuvenates you”. 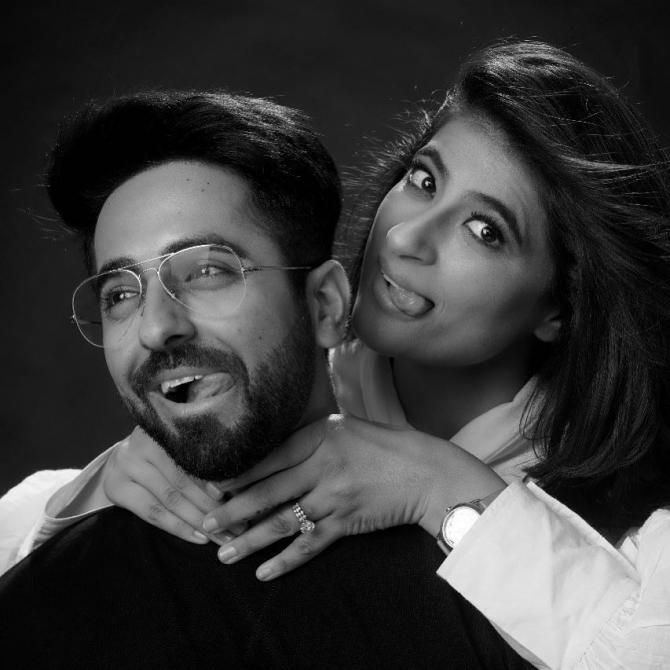 In a throwback interview with IANS Ayushmann had once shared how stardom comes at a price and how he misses out on his family time because of his tight schedule. He was quoted as saying, “I hardly get time with my family anymore. I was in Bombay for a couple of days but I hardly spent time (with my family). Living out of a suitcase is not easy. It makes life difficult.” 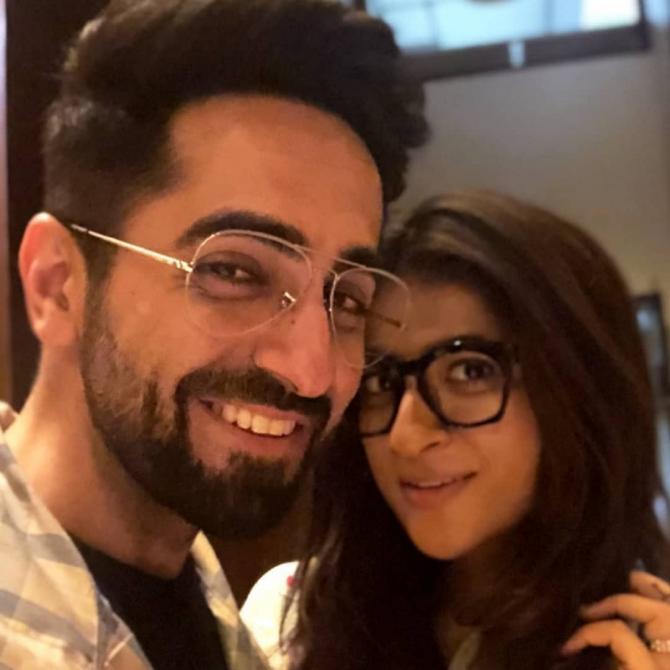 In an interview, Ayushmann had shared how fame has affected his family life and was quoted as saying, “After the first film, our personal life was affected. I had no time for my family. You begin to feel big, your ego swells. Then I got back on track. It’s great to see both sides in these five years. The highs and the lows. Personally and professionally, it has made me balanced. It gives you a better perspective of life. Honestly, had all my films been successful, my wife would have left me. I would have been a different person. She has been with me through thick and thin. That is why we are together. Of course, you do get attracted to people. But your core needs to be right. The belief that you are with this person for a lifetime and you have to be with the family. That is the only thing, which will last forever.” 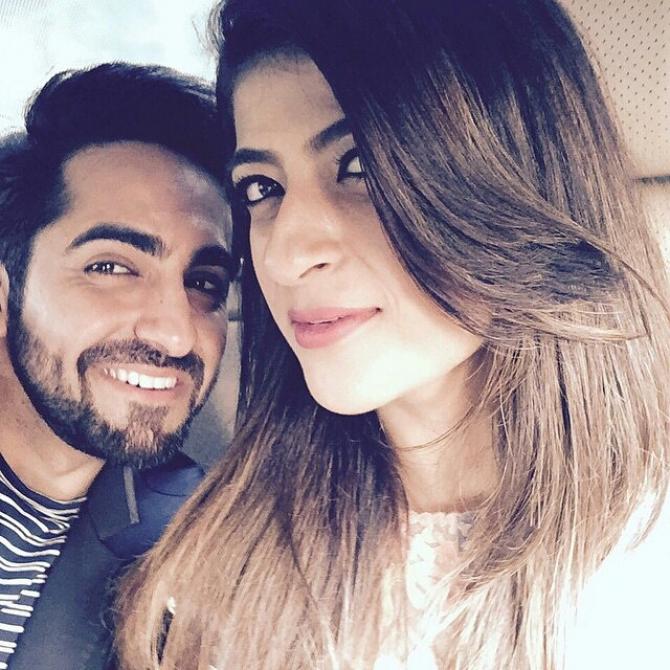 Ayushmann has undoubtedly made humongous fan following with his charming boy-next-door looks over the years. When asked how he handles all the female attention Ayushmann had retorted, “Earlier Tahira used to get jittery with all the female attention. It was different for her to see her college friend kissing women on screen. Now it’s cool. She has grown from being my girlfriend in Chandigarh to someone, who has shot a short film and will be directing a feature film soon. She is an artiste too. So, she understands the space an artiste needs and demands. Every actor loves this kind of attention. She knows that I love it and she is happy for me. She also knows that my love for her is way bigger than all this.” 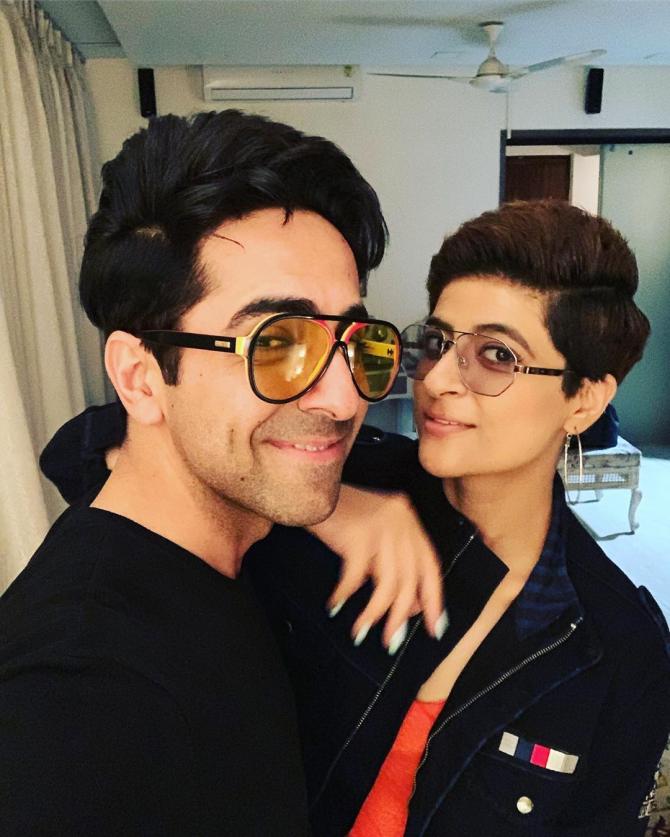 Kareena Kapoor Khan Thinks It Would Be Amazing If She Gets Stuck In An Elevator With Saif And Shahid
Bigg Boss 14: Netizens Mercilessly Trolled Nikki Tamboli For Enacting As Shehnaaz Gill; Netizens Say, ‘Ears Are Bleeding’
Farhan Akhtar’s GF Shibani Dandekar Brutally Slammed For Mocking Social Distancing Through Intimate Pic
Vikas Gupta Speak On Dating Erica Fernandez After Her Breakup With Parth Samthaan