Bhumi Pednekar recently opened up about how being a ‘Climate Warrior’ has changed her outlook of life for the better. “The biggest learning I have had this year definitely has to be that we give ourselves too much importance. We all feel like we are invincible and that nothing can affect us. And that we are above everything else, well, we are not.”, says Bhumi.

She continues, “I think the Universe has given all of us a tight slap and taught us a big lesson that donít mess with the basic running of the world. The year helped me become a humbler human being. Also since I spent so much time with my family, on a lighter note, I feel Iíve relearnt a lot of things about my sister and my mother and a lot of things about myself as well. Things that I thought Iím not capable of doing like cooking… Iíd thought oh my God Iíd never be able to cook… you get so busy with your career that you start feeling that if you ever have to stay home and do the household work, will you be able to manage? But I managed it really well. ” 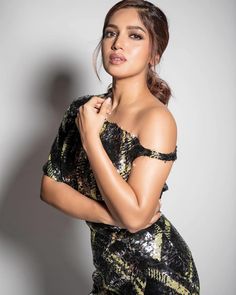 On being asked about the time she decided to become a climate warrior, Bhumi said:
I can’t pinpoint that one moment that changed me. I feel it was inherent I have had it since I was a child. I’ve always been bothered by the lackadaisical attitude people have towards our planet and how irresponsible we all have been. Weíve just not had the knowledge. We were taught about planet conservation and the impact it would have in the future. But for us, the future felt like some 400 years later. But that is not the truth, it ís now. After I became an actor, my reach increased and I could actually formalize the work that I was doing. I brought it under Climate Warrior. The idea was to create as much awareness and do as much groundwork as possible. I’m extremely passionate about this. I think the day my parents named me Bhumi, subconsciously something went off in my head. I’ve been like this since then. Even in school, I was affected by the things that happened around me. I went vegetarian this year. And thatís one of the happiest things that has happened to me.”

Bhumi Pednekar will be next seen in Badhaai Ho Sequal titled Badhaai Do, wherein she will share the screen with Rajkumar Rao. She was last seen in a horror thriller film titled Durgamati.