Big Boss OTT: Shamita Shetty and Divya Agarwal’s friendship ends on a bitter note; latter says, “I didn’t even knew who she was before the show”, Deets Inside

The episode of Big Boss OTT is back with another range of twists and turns. In the first-ever Big Boss OTT, the fights have escalated to a new high. Contestants Shamita Shetty and Divya Agarwal who appeared to share a great bond in the house, have had their share of arguments. As per reports, it was during the live feed the audience got to see a fight erupt between them. The latest episode left the audience surprised with the dramatic end of Divya Agarwal and Shamita Shetty’s friendship. 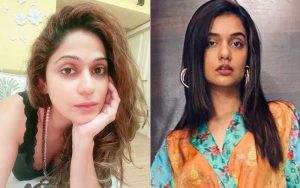 The Sunday Ka Vaar episode hosted by Karan Johar had the two beauties at loggerheads. The contestants who had been sharing an erratic bond were seen calling each other out and speaking against each other while talking to the host.

Karan discussed Divya’s discussion about Shamita Shetty which led to the huge differences being created between them. During a discussion with the host, Shamita Shetty said that coming to know all about Divya’s talk with Raqesh about her is an eye-opener for her. Further talking about Divya, the actress shared that she is insecure about her and is being competitive with her. She further added that she is playing a game and feels superior about having an experience of reality shows. 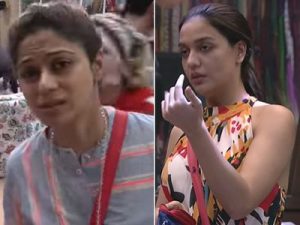 Shamita Shetty and Divya Agarwal’s friendship came to an end

“I didn’t even know who she was,” she stated while speaking about Divya. She added that she has come to know all about her after she met her on the show and left everyone including Karan surprised with her statement.

Later Shamita burst Divya’s balloon during the game and said that her face that she tries to hide behind a mask is visible to everybody. “We can see through it,” she added. 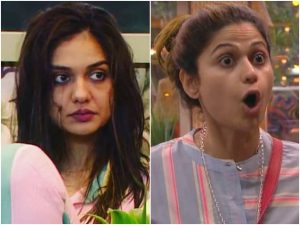 Divya Agarwal and Shamita Shetty speaking against each other

Big Boss OTT, hosted by Karan Johar, is a six-week series that will air on Voot before the television version of the show, Big Boss 15.