Abhinav Shukla who participated in the Bigg Boss season 14 with his wife Rubina Dilaik was eliminated a few weeks before the grand finale. His eviction shocked everyone, as everyone thought Abhinav would be one of the finalists to compete for the trophy. But due to the less number of votes, he had to leave the show. During his stint in Bigg Boss house, Abhinav was hitting headlines because of Rakhi Sawant’s constant flirting with the actor. During one of the episodes, Rakhi Sawant had pulled the strings of Abihnav’s shorts which didn’t go well with the actor. Now, in his latest interview, Abhinav Shukla has opened up about the same. 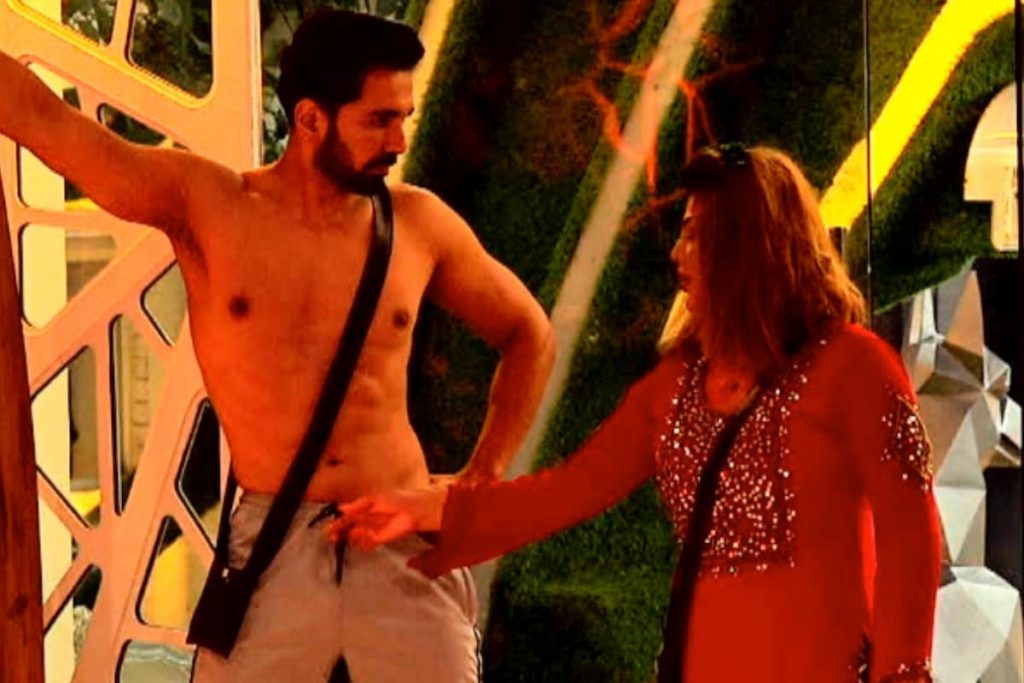 Speaking to ETimes, Abhinav Shukla revealed how he and Rubina Dilaik got much closer after the incident. He said, “It was a violation of my personal space. It was not cool. Whatever happened after that was shown, nothing was edited pre or post.” The actor expressed how he felt what happened to him was not cool. He further went on to share that whatever happened on the show was shown just as it happened.

He further added that he felt proud when his wife jumped into the situation and told Rakhi to ‘Lay Off’. “It became an instinctive response that thereafter we’ll watch each other’s back. Thanks to the other contenders (smiles).” Later, when asked if that particular incident brought Rubina and him closer, Abhinav Shukla responded and answered, “Absolutely. It gave me a sense of belonging,” said Shukla. He said that Rakhi’s shorts string-pulling incident brought Rubina and him close and explained it gave him a sense of belonging.

Raveena Tandon Reveals She Was On Her Periods During The Shoot Of Tip Tip Barsa Pani
Once More Kangana Ranaut’s ‘Judgemental Hai Kya’ Poster Controversy: Filmmakers Accused Of Plagiarism
Anurag Kashyap’s Daughter Is Setting New Style Trends: Know Everything About This Teen
Bigg Boss: “Jasleen Matharu Is Still Ridiculed For Her Affair With Anup Jalota” Claims Her Father