Bigg Boss 15: Is Umar Riaz, The Strong Contestant Of The Show Out? Checkout!!!

There is very little time left in the finale of ‘Bigg Boss 15’. In such a situation, it seems that audience are going to get many shocks. According to reports, it seems that in this week Umar Riaz would be shown the way out. The tweet of Asim Riaz and Himanshi Khurana indicates that Umar Riaz is going to be out of the show, soon. 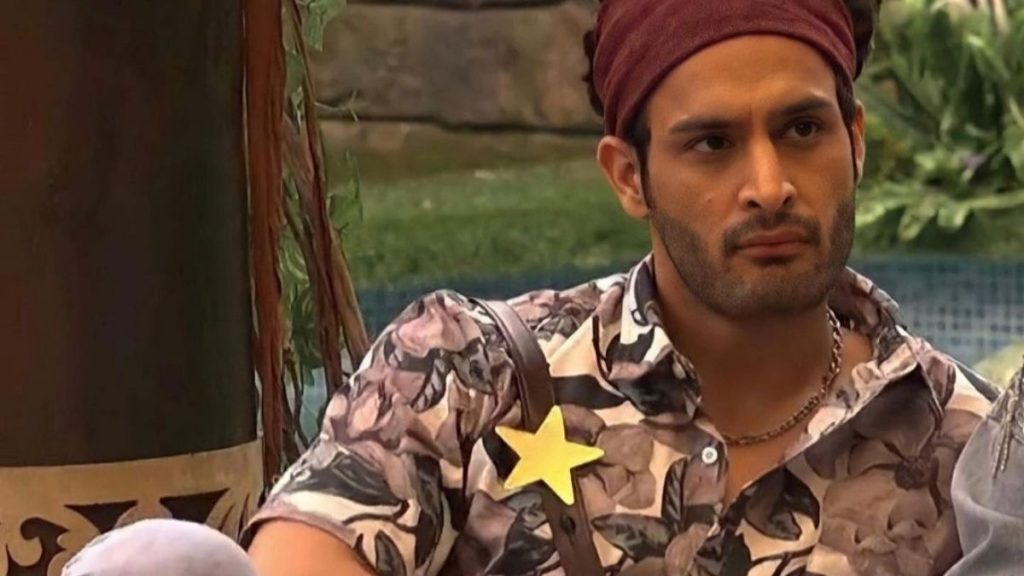 Today’s ‘Weekend Ka Vaar’ of ‘Bigg Boss 15’ will be special as many celebs would give their presence in the house. Moreover, the news regarding eviction of Umar is making this week, more special. This decision of eviction has surprised the audience. The news of eviction became viral due to social media. 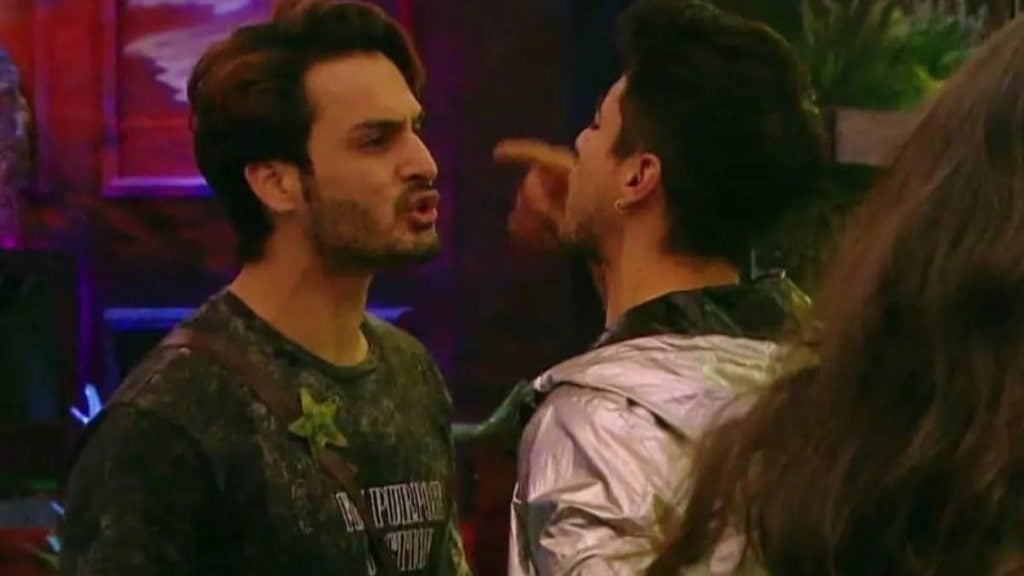 This is shocking news for Umar’s fans. As soon as the fans came to know about this, the trend started running in support of Umar Riaz on Twitter. However, many users justified this move of the makers because they had beaten up. 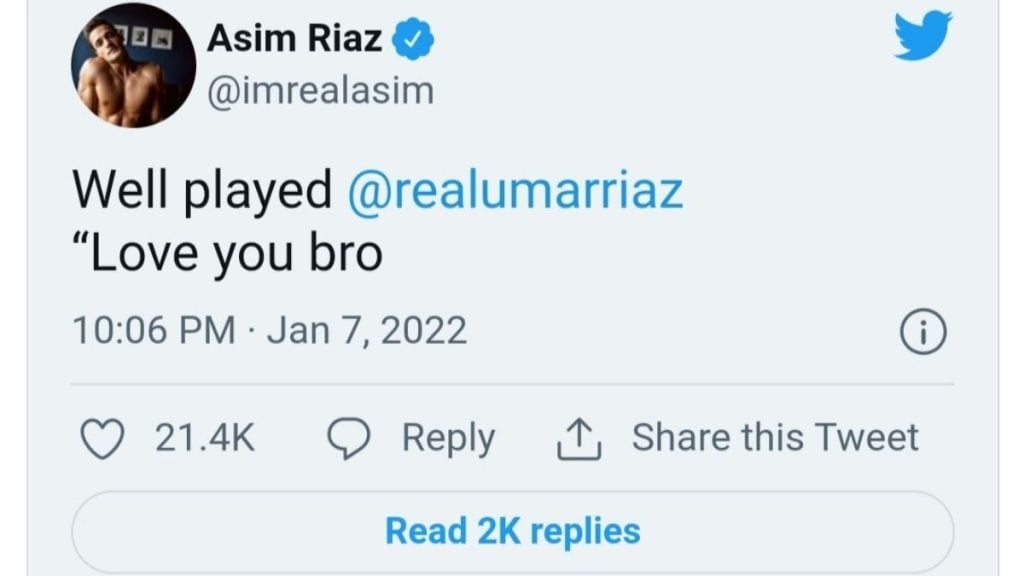 Questions raised on the makers

Himanshi Khurana, the punjabi singer and Asim’s girlfriend expressed her displeasure upon the sudden eviction of Umar Riaz. Questioning the decision of the makers, Himanshi tweeted, “They do what they want to do. Get votes and then take them out… and spoil your mental health too… Umar Riaz played very well.” 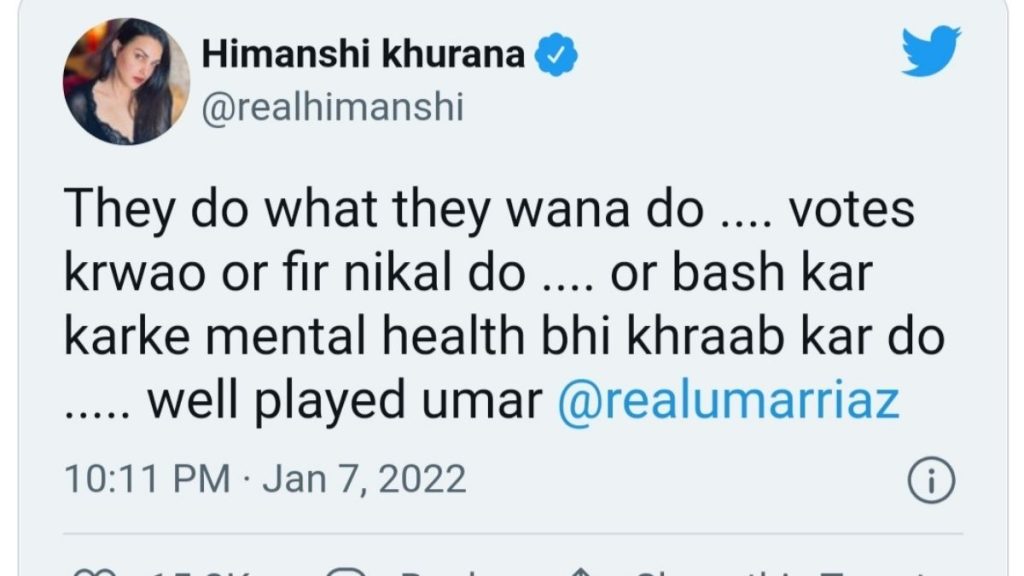 Actually, during a task, there happened to be an argument between Prateek Sahajpal and Umar Riaz . The argument exceeded so much that Umar pushed Prateek. Later, the other Bigg Boss members ended the tussle between the two. After the completion of the task, Bigg Boss expressed anger upon Umar’s behavior and told that such things aren’t allowed in house.