The bengali bombshell Bipasha Basu married the hot stud Karan Singh Grover in 2016. The two have been giving couple goals since then. However, being a part of the Indian society, they have been questioned time and again about having a baby and speculations have also been rife on many occasions. But now it seems the good news might be here.

Ramesh Taurani recently organized a lavish and a star-studded Diwali party at his residence. The paparazzi saw many Bollywood stars in attendance. From Salman Khan, Sonakshi Sinha, Vicky Kaushal to Daisy Shah and Preity Zinta, these stars rolled with great style and oomph factor. Amongst the starlets, Karan Singh Grover and Bipasha Basu too made a stunning appearance at the Diwali bash. However, since then, Bipasha has sort of become a hot topic in town, thanks to the outfit she wore, we suppose. 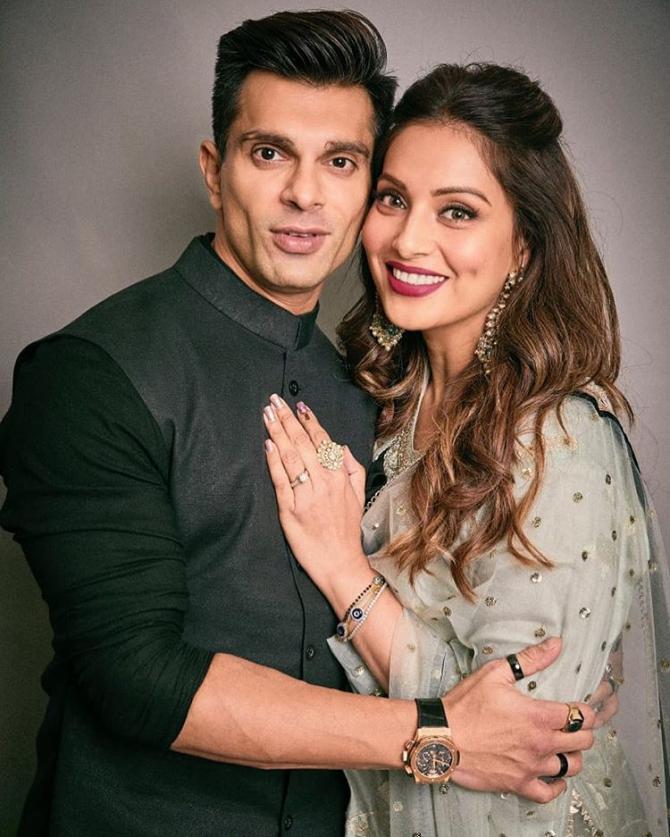 Well, while posing for the shutterbugs along with the hubby, apart from noticing how adorable the two looked together, it was her ‘so-called baby bump’ that caught everyone’s attention. Well, giving her the benefit of doubt, the lehenga must be a bit loose, making it look a little balloon-y or sometimes even camera angle plays a little wrong and in Monica Geller’s language, maybe camera just added 10 pounds. Jokes apart, we think everyone should consider these all reasons and should be taken seriously instead of making assumptions. Not that we are complaining, but we really should wait for the official announcement which will always get us psyched about it. What say? Check out these pictures.

While there were some continuously asking if Basu is pregnant or not, there were some who were supporting the actress. One user wrote, “Guys she is not pregnant, her dress is like that, after all, I love her sooo much.” While another one said, “I don’t think she is pregnant it’s just the dress plus she is healthy.” 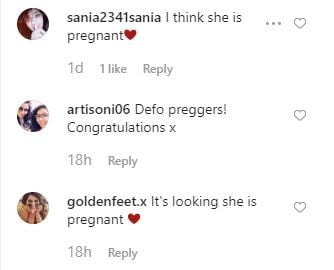 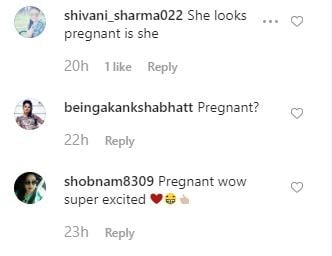