BTS: Jimin’s Father Cafe In Busan Gets Overcrowded On His Birthday; Cops Called In After Fight Breaks Out

Jimin of the popular k-pop group BTS is celebrating his birthday today, and it seems he’s spending it at home in Busan with his father. Hundreds of fans have also made their way to the port city for the upcoming BTS concert, “Yet To Come.” On the occasion of his birthday, fans have lined up outside of his father’s cafe, Magnate. ARMYs have shared videos of the huge queues and the restaurant being packed. Park Hyun-soo, Jimin’s father, has made a special arrangement for all the gifts that fans and ARMYs have brought. He is also giving out special Jimin-themed souvenirs for the young fans there. Presents from ARMY were everywhere at Magnate Cafe! His father was beautifully setting the Army gifts on the table after accepting them!

It looks like something happened at the cafe. According to fans who were present, two women got into an argument over the seats. Jimin’s father tried to step in and ensure peace, but no one relented. Finally, the cops had to be called in. Another report on Twitter says that one YouTuber was making videos of the place without permission. The cafe staff objected to this, and she called in the cops. He posted a note on Weverse with a cute picture saying, “On my birthday that isn’t too much/special, I thankfully received an undeserved amount of congratulations from so many armies. I won’t forget today and will treasure it happily. I love you.” 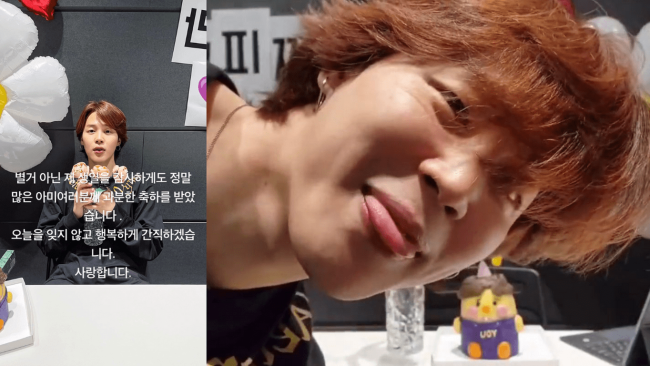 Anyways, the matter was dealt with swiftly, and peace ensued for the fans. Take a look at some of the scenes from Maknae below. Jungkook went viral after his flirty birthday wishes for Jimin, and J-Hope has been flooding social media with wishes, pics and videos of the birthday boy. 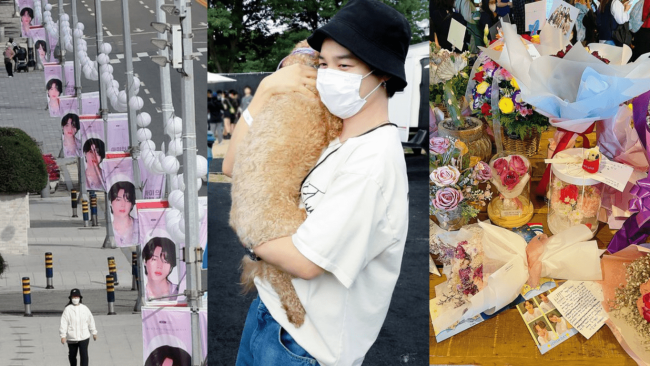 SUGA aka Min Yoongi also wished him a happy birthday, and fans are writing about how Park Hyun-soo, his father, is manning the counter and personally looking after the arrangements. I must say that perseverance is in the blood. Also, each year, the ARMY from all around the world plans for Jimin’s birthday, starting with early disclosures of dozens of projects. To convey their love for the singer, the ARMY is going above and beyond to celebrate his day, and the numerous efforts are not only considerate and adorable but also enormous.