BTS’s JIN Is Set To Join The Mandatory Military Service Sooner Than Planned? Here’s What We Know, So Far

According to an earlier BigHit Music announcement, members of BTS will perform their required military service. And Jin, the eldest, will be the first to enlist in the military.

Everyone has heard of the Korean boy band BTS. They have a large global fan base and are famous for their songs and sexy dance chores. They are one of the music industry’s most well-known and affluent bands. Thus, the news that the band members would be enlisting in the military came as a tad bit of a shock to their fans. Most physically fit men are required to serve 18 to 21 months in the military in South Korea. The same will be done by Jin, RM, Jungkook, J-Hope, Jimin, V, and Suga. However, Jin, the oldest of the group, is likely to join soon. Earlier than you thought! 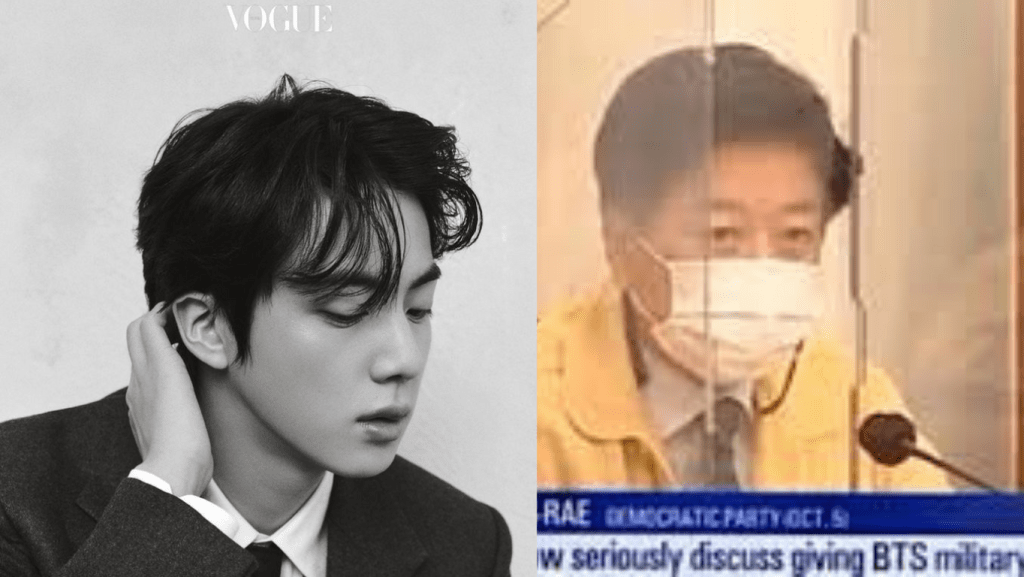 As of the most recent sources, Jin has requested that his application to delay starting his military service until December 31 be cancelled. He allegedly submitted an application to end the postponement and became enlisting eligible instead. Has this therefore indicated that he will shortly enlist in the military? The Military Manpower Association of the Republic of Korea will be the only one to determine when Jin is called to duty.

BIG HIT Music confirmed the military service of BTS members. The note contained the following: “BigHit Music has focused on the milestone moment when it would be possible to respect the country’s needs and for these healthy young men to serve with their countrymen, and that’s now. Group member Jin will initiate the process as soon as his schedule for his solo release is concluded at the end of October. He will then follow the enlistment procedure of the Korean government. Other members of the group plan to carry out their military service based on their own individual plans. Both the company and the members of BTS are looking forward to reconvening as a group again around 2025 following their service commitment..” 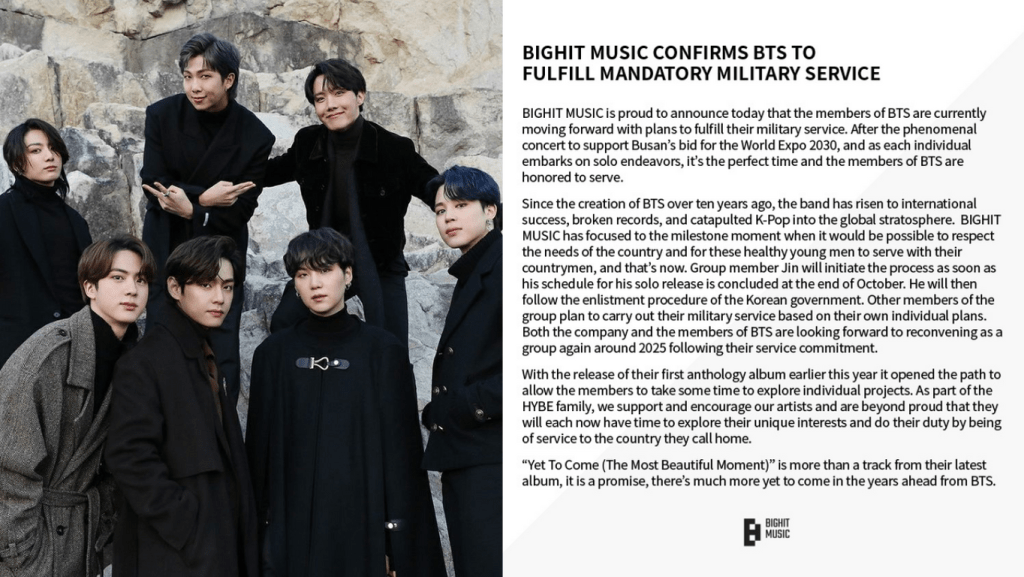 Jin’s recent release of “The Astronaut” has been a big hit, and fans are over the moon with excitement! This is the co-writer for this song, and he’s definitely made a strong impression with this one. Army is thrilled with the success of “The Astronaut” and can’t wait to see what Jin does next!