Bunty Aur Bubli 2: Rani Mukherjee And Saif Will Be Seen With Double Dose Of Siddhant Chaturvedi And Sharvari Wagh

If you are a humour lover and looking for a fun-based concept, then we would like to inform you that your wait is over. Yes, Bunty and Bubli 2 is all set to tickle your funny bones. This time Bunty and Bubli are not alone to make you laugh but the other couple will be a part of the franchise. After a wait of almost 16 years, the memorable journey will start soon to take the audience to another level of entertainment. 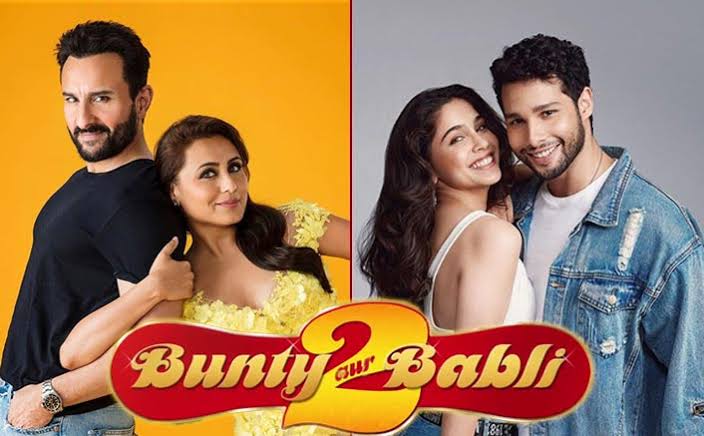 The official trailer of Bunty Aur Babli 2 dropped on Monday, and as expected, it gives us the signature shenanigans of the two leads (reprised by Rani Mukerji, with Saif Ali Khan replacing Abhishek Bachchan), and well, their signature ‘BB’ too! And causing a ripple effect in their retired life are the new kids on the block – Siddhant Chaturvedi and Sharvari Wagh. 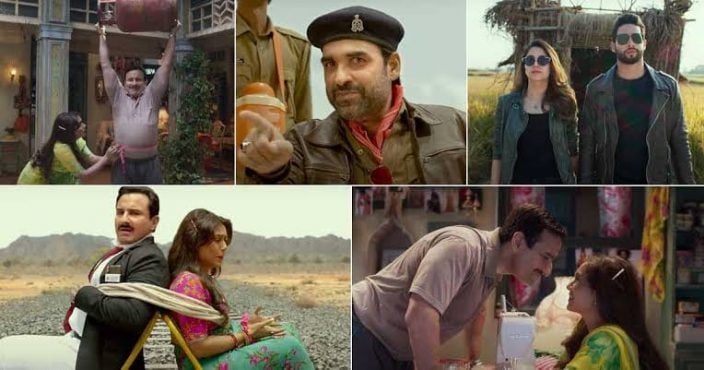 While talking about the concept actress Rani Mukherjee said, Bunty Aur Babli 2 is “a battle to watch out for”. In a statement, she said, “Both sets of con-couples are extremely intelligent. They are the best when it comes to wearing disguises because they are the best at conning people with this skill.” Saif on his part gave due credit to the make-up and prosthetics department for upping the game. Films on con jobs have historically had great disguises and that’s half the fun. Nowadays we have prosthetics and makeup of a different level so people can expect amazing get-ups and disguises from the cast and doing all that was a lot of fun,” Saif added. 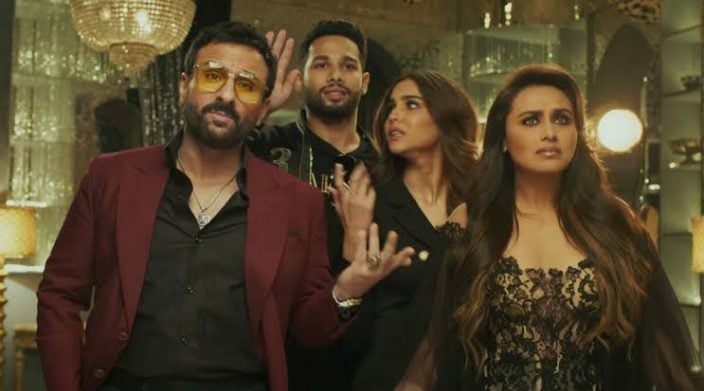 As per the trailer, Rani and Saif, the senior Bunty-Babli, live a simple life in Fursatgunj. The middle-aged couple has settled into a middle-class existence and has a son to boot. And just when they thought their lives were settled, a cop played by Pankaj Tripathi (on the lines of Amitabh Bachchan’s Dasrath Singh) gives them the news that “Bunty-Babli are back in action.” The senior pair returns to work to unmask these newbies who are out to “steal their original Bunty-Babli brand.” What more can come in their way apart from Bunty’s paunch?

Who Is The Voice Behind BIGG BOSS? Know Inside!!

Bunty Aur Babli 2 has been directed by debutant Varun Sharma and produced by Aditya Chopra. It also features Asrani and Yashpal Sharma. The film is scheduled to release in cinema halls on November 19.