Climate change is threatening human life by causing wildfires and flooding events in various parts of the world. Not only us, but it is also slowly taking a toll on the life of animals. The sea ice habitat of Emperor penguins is at risk as climate change is triggering the melting of ice in the area. The U.S. Fish and Wildlife Service has announced a proposal to list the species as threatened under the Endangered Species Act

Stephanie Jenouvrier, a penguin ecologist at the Woods Hole Oceanographic Institution has said, “The lifecycle of Emperor penguins is tied to having stable sea ice, which they need to breed, to feed, and to molt.” 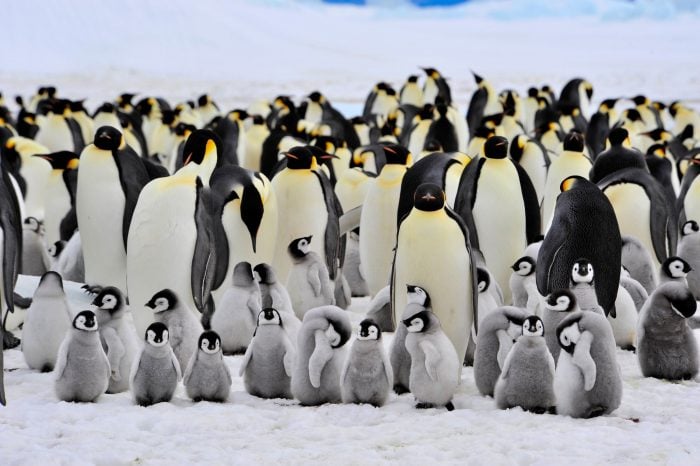 In the research published in the journal Global Change Biology, it was found that by 2100, 98% of Emperor penguin colonies may be pushed to the point of extinction if no significant changes are made to current rates of carbon emissions and climate change. By 2050, around 70% of colonies will be in danger.

During winters, Emperor penguins breed exclusively in Antarctica. They can survive temperatures of minus 40 degrees Fahrenheit (minus 40 degrees Celsius) and wind speeds approaching 90 miles (144 kilometers) per hour by huddling together in groups of several thousand birds. But one thing they cannot endure is insufficient sea ice. 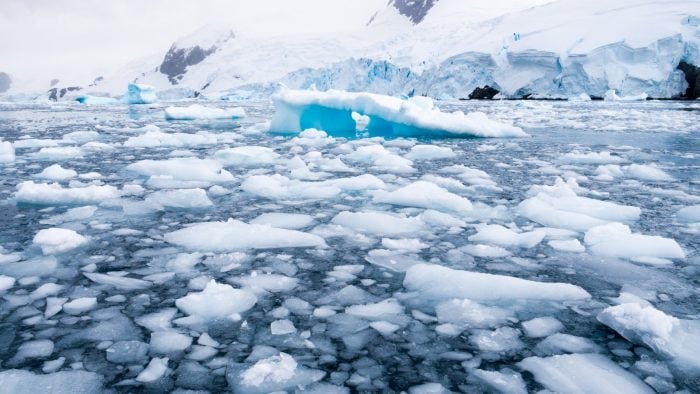 In 2016, it was noted that extremely low levels of sea ice led to a massive breeding failure of an Emperor penguin colony in Antarctica’s Halley Bay. Jenouvrier said, “That year, seasonal sea ice broke up before penguin chicks had time to develop waterproof adult feathers, and about 10,000 baby birds drowned. The colony did not recover afterward.”

The newly done study looked at overall warming trends and increases in extreme weather fluctuations occurring due to global warming. Sarah Uhlemann, international program director at the nonprofit Center for Biological Diversity stated, “These penguins are hard hit by the climate crisis, and the U.S. government is finally recognizing that threat.”

In the past, the US government has listed species outside the country as threatened, including the polar bear, which lives in Arctic regions and is also affected by climate change and sea ice loss.

Listing the bird helps in protecting it. It calls for a prohibition against importing them for commercial purposes. Besides this, the US marine fisheries currently operating in Antarctica must also evaluate potential impacts on penguins. The proposed listing will be published in the Federal Register to open to a 60-day public comment period.

Martha Williams, principal deputy director of the wildlife service further elaborated, “Climate change, a priority challenge for this Administration, impacts a variety of species throughout the world. The decisions made by policymakers today and during the next few decades will determine the fate of the Emperor penguin.”