CSK Shared The Picture Of Dhoni And Vijay, Wrote – ‘Master’ With ‘Blaster’.

Former Indian captain Mahendra Singh Dhoni has reached Chennai for the second phase of the Indian Premier League 2021 (IPL). IPL franchise Chennai Super Kings captain Dhoni and the rest of the team have also reached Chennai. From Chennai, the entire team of CSK will leave for UAE. This time the families of CSK players are also with them for the second phase of IPL to be held in UAE. Dhoni was accompanied by his wife Sakshi Dhoni and daughter Ziva. At the same time, Suresh Raina has also reached Chennai with his wife and both. After reaching Chennai, there was a meeting between Dhoni and South’s superstar Vijay. 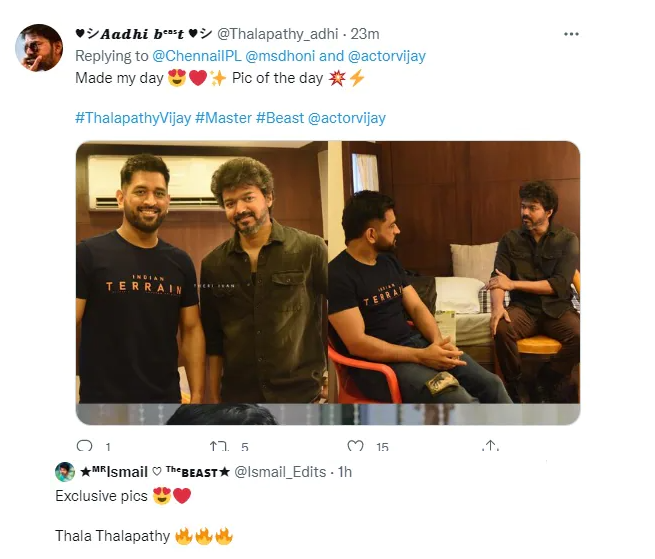 The picture of actors Vijay and Dhoni has been shared from the official social media account of Chennai Super Kings, on which the fans are lavishing their love. Recently, actor Vijay and cricketer Mahendra Singh Dhoni met and chatted at Chennai’s Gokulam studio. Both the stars were shooting in the studio. Vijay was on a schedule for his action-thriller ‘Beast’ with Pooja Hegde, while Dhoni was a part of a commercial.

Vijay and Dhoni are already related to each other. Actually, actor Vijay was also the brand ambassador of Chennai Super Kings in 2008. Along with Vijay, Nayantara was also the brand ambassador of CSK. In such a situation, both have often been seen during CSK matches. In such a situation, even at that time, the pictures of these two stars are also being shared fiercely on social media. 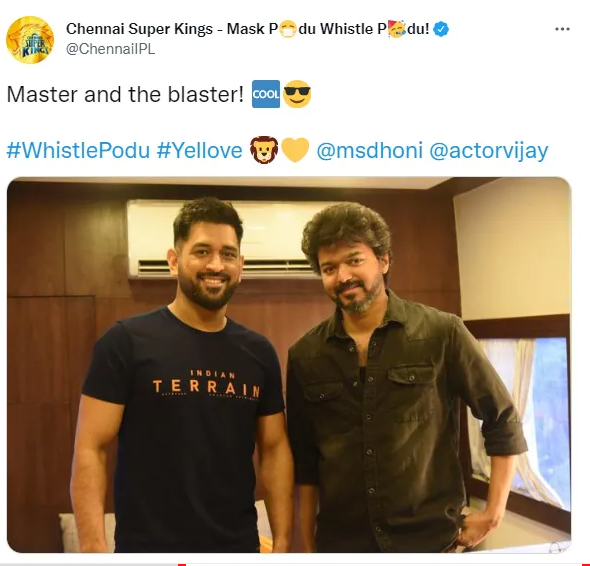 Let us tell you that the fans call Vijay ‘Thalapati’. At the same time, the fans of Tamil Nadu fondly call Dhoni ‘Thala’. Thala means ‘leader’. Talking about the work front of Vijay and Dhoni, it is expected that Vijay will complete the second schedule of Beast in the coming days. According to reports, the third schedule of this film will be in Russia. 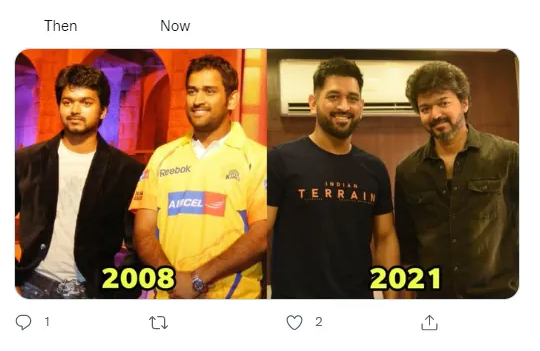 At the same time, Mahendra Singh Dhoni and his team Chennai Super Kings will fly to UAE on August 13. The second phase of IPL 2021 is to be played in UAE. IPL 2021 started in India itself. Almost half the matches had been played, but it had to be postponed due to the second wave of coronavirus. After this, it was decided that like IPL 2020, now the remaining season will be played in UAE.