Bollywood actress Salman Khan is returning with the bang once again as Chulbul Pandey in Dabangg 3, co-starring Sonakshi Sinha. The chemistry between the two is speechless as Sona is playing the character of Rajjo in the film it’s interesting to see how this time her character will be like.

Yesterday on the occasion of the most awaited fun festival of Halloween, We saw several B-townies wearing Halloween outfits.  Similarly, we caught one such Bollywood actress in the whole mood for Halloween attire none other than Preity Zinta. Surprisingly, Salman Khan’s Dil Ne Jisse Apna Kaha co-star, Preity Zinta is part of the Dabangg 3 cast. As they say ‘trick your treat, this could be our treat on the occasion of Halloween, seeing this Bollywood duo after a long time back. 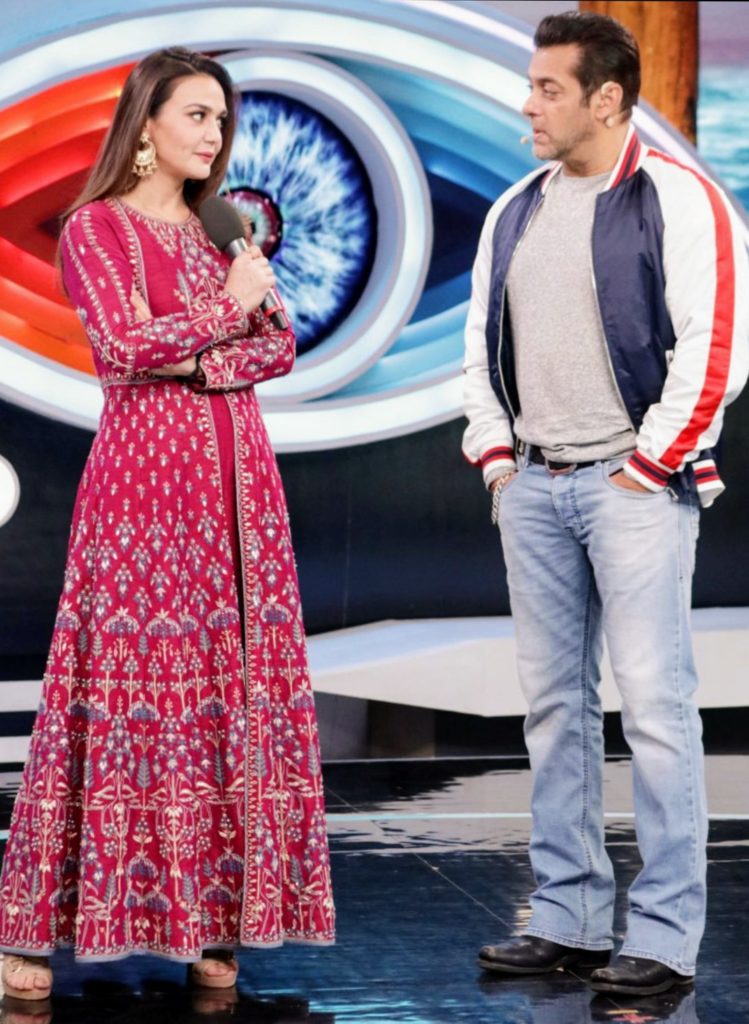 Recently, Preity Zinta took to her Instagram and shared a photo in which we could be seen Salman Khan and Preity looking at each other. She can be seen wearing an international Police uniform. On the other hand, Salman can be seen wearing his outfit which is the Indian police dress code. Alongside the picture, she wrote the caption as, “This Halloween I met someone special in U.P Bolo Kaun? Socho aur bolo? #HappyHalloween #police #surprise #dabangg3 #ting.” 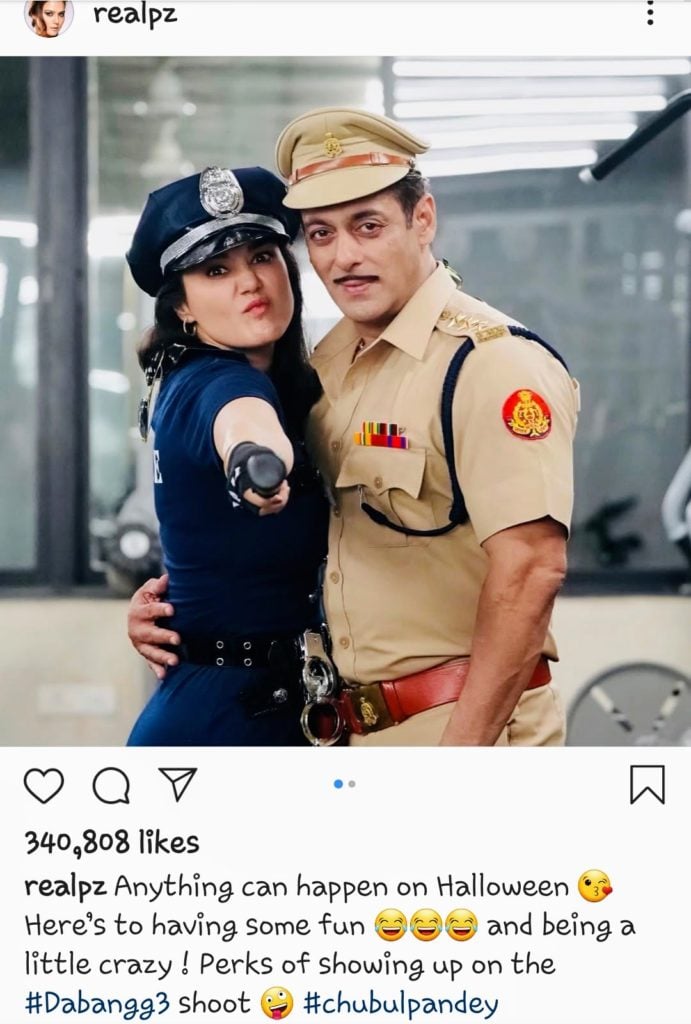 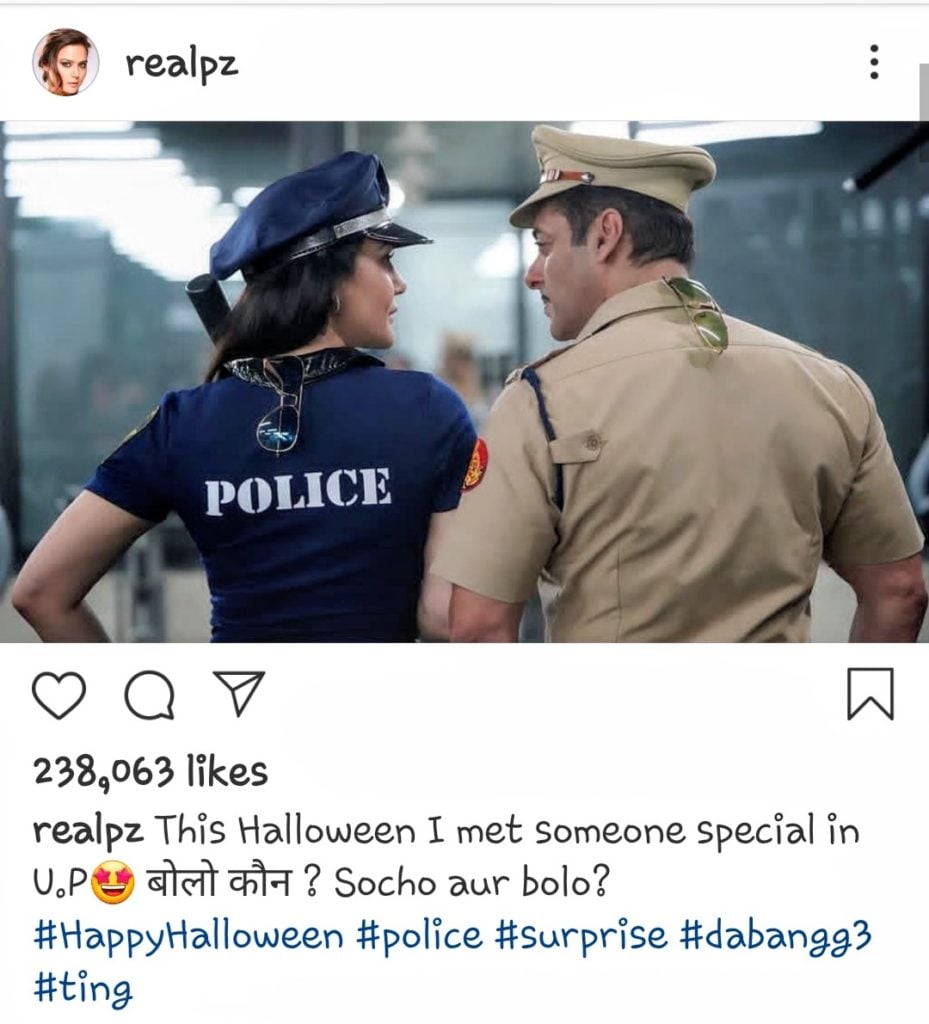 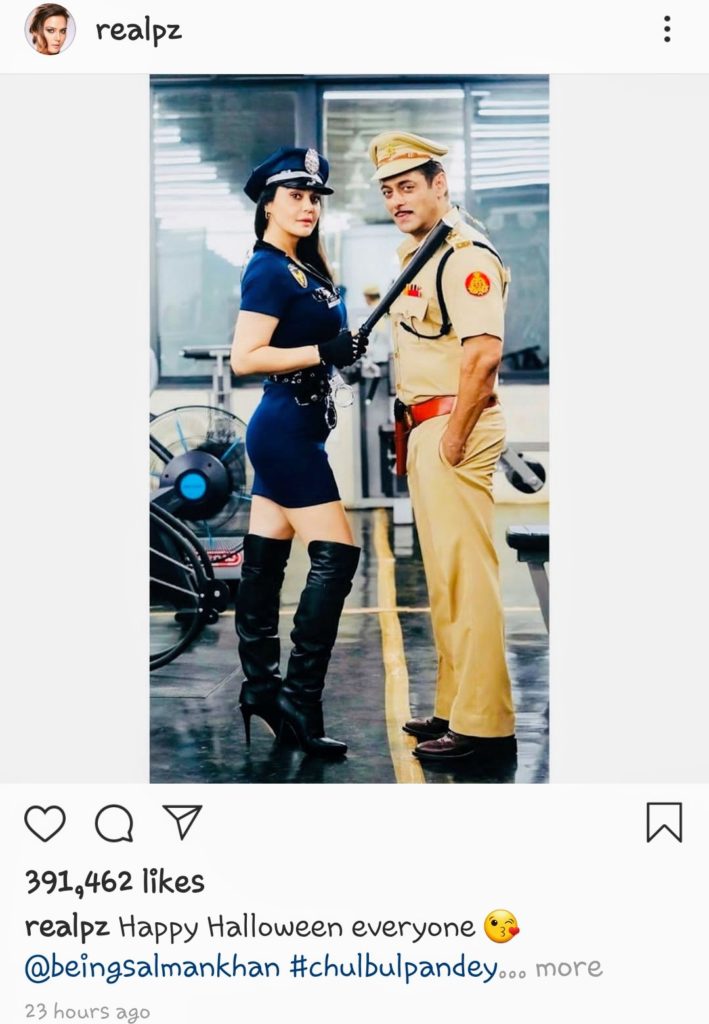 Since the actress had shared the picture it has been doing rounds on the internet. Just after a few hours later, Salman Khan took to his Instagram handle and shared three videos of the same event. Seems like the stars are giving us hints over Preity Zinta’s cameo in the movie or it can be the announcement for special appearance song.

In the video, we could be seen Preity Zinta wearing a cop uniform and looking bomb.com, wishing everyone a Happy Halloween. In one such clip, Preity opens the door and says “Get ready to meet the Indian cop; I believe his name is Chulbul Pandey.” And we are gushing over this Intro!