Alia Bhatt’s film Darlings was released on Netflix on August 5. The dark comedy stars Vijay Varma, Shefali Shah, and Roshan Mathew, and is produced by Shah Rukh Khan’s Red Chillies Entertainment. On Tuesday, Malaika Arora took to her Instagram Stories and gave the picture and its ‘brilliant’ cast a shout-out as she declared her love for the film. 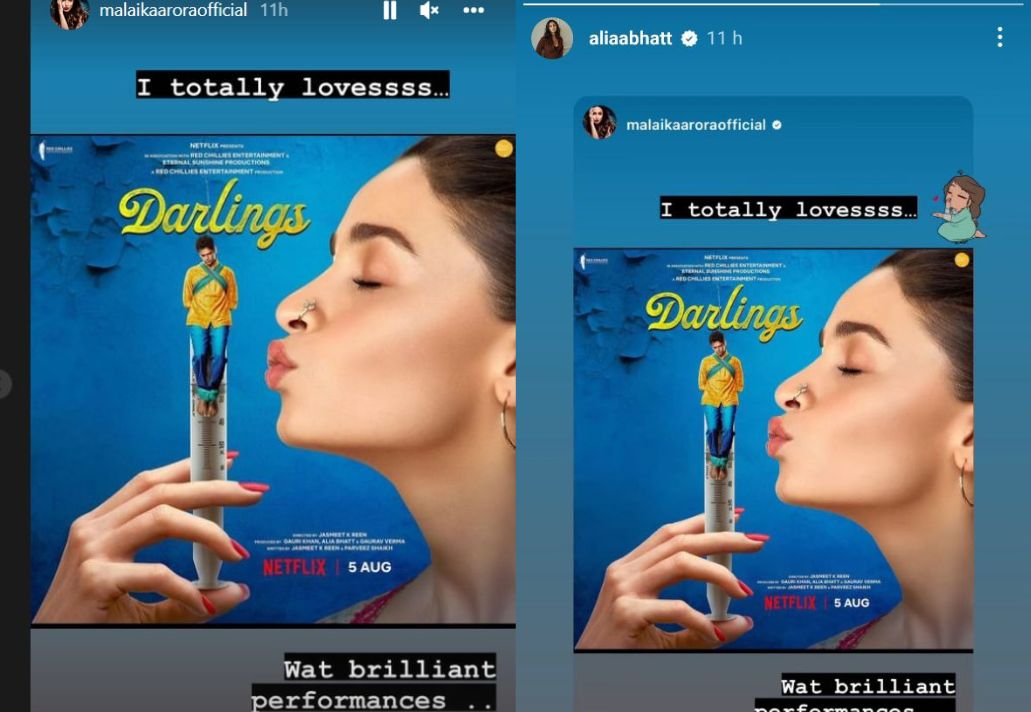 Malaika shared a poster of Darlings and tagged Alia Bhatt, Vijay, and Shefali. She wrote, “What brilliant performances.” She added, “I totally lovesss….” Alia Bhatt shared Malaika’s message on her own Instagram Stories with a ‘Flying Kiss’ sticker.

With Darlings, Alia made her debut as a producer with Eternal Sunshine Productions, which co-produced the film. It is directed by Jasmeet K Reen. The film is written by her, Parveez Sheikh, and Vijay Maurya. Darlings star Alia played the role of Badrunissa Shaikh aka Badru, a victim of domestic violence. Vijay Varma played her husband Hamza. Shefali played Alia’s mother Shamshunissa Ansari aka Shamshu. 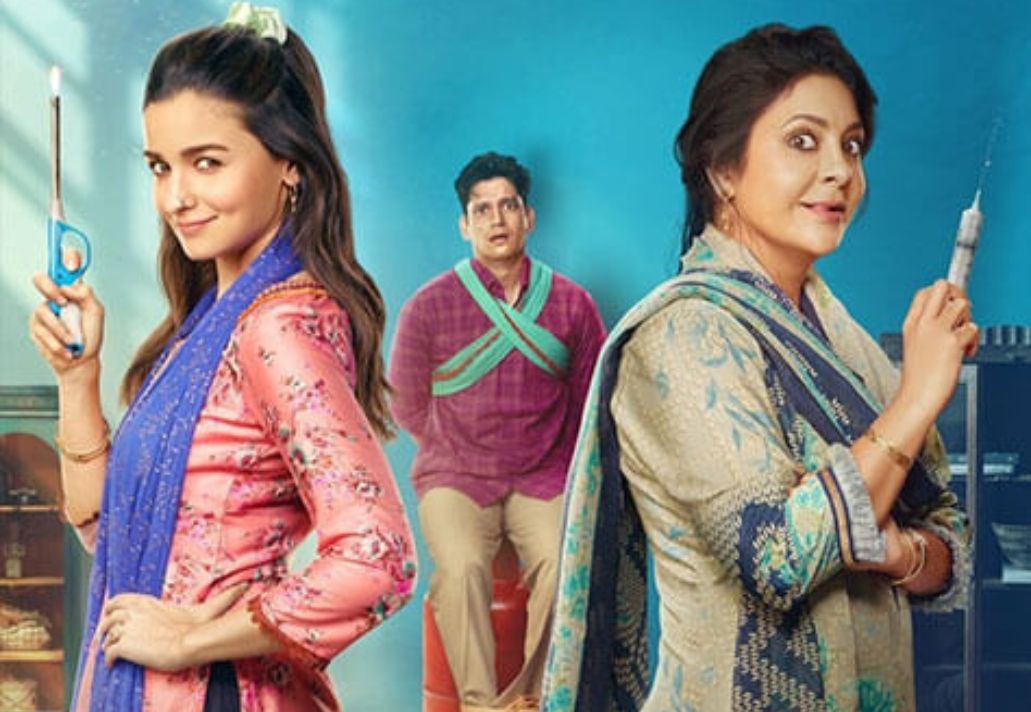 In a recent interview, Alia spoke about Shah Rukh Khan’s reaction to Darlings. She said that his wife, interior designer and co-producer of the film Gauri Khan, as well as their children Suhana Khan and Aryan Khan watched Darlings and ‘loved it’.

Alia told that Suhana even watched the film twice. Alia shared Gauri Khan’s reaction and she said, “I was very happy that Gauri loved it. I was like when Gauri likes my movies, I feel very grateful. It is a very rare thing. She doesn’t like anything. Even though she is a producer of the movie, the fact that she loved it, I feel so relieved. I said that also when they called me, even Shah Rukh agrees that if Gauri likes something, it’s a big win.”