Debina Bonnerjee Was Shocked Yet Tensed Knowing Her 2nd Pregnancy As Her Body Could Not Conceive Naturally!

TV actress Debina Banerjee is about to become a mother for the second time. Just 4 months ago, they had their first child. Debina had her first child after a lot of effort. She was trying for 5 years. She had failed in this process 5 times. But see it is called luck that after 4 months after the birth of the first child, Debina got the gift of the second baby.

Debina had 2 IVFs and 3 IUIs treatment for pregnancy 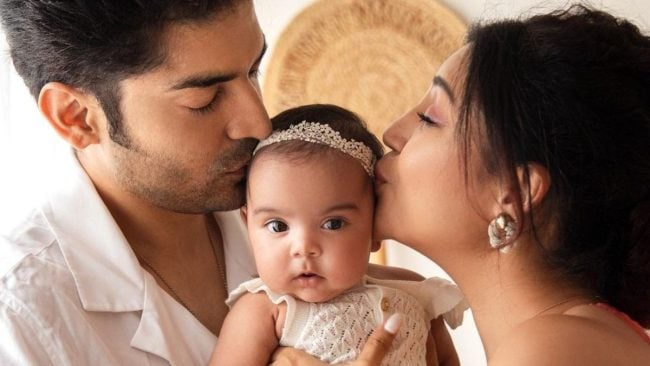 For the first pregnancy, she followed 2 IVFs and three IUIs treatments, although they were failing. But this time Debina has conceived naturally, which she had given up hope of. In her new vlog, Debina Banerjee has revealed how she came to know about the second pregnancy and the troubles she went through during this time. Debina Banerjee was shocked as well as happy knowing her pregnancy.

My eggs quality was not Good 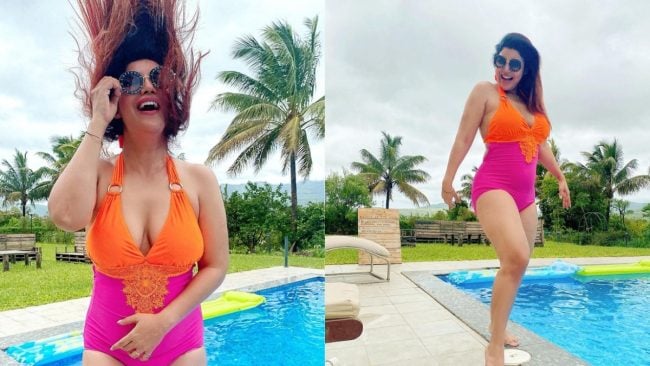 Debina said- I thought, go to hell people, my medical report said that I cannot be pregnant naturally. This has happened, this is a miracle. I have lived 5-7 years with the thought that my body had lost its ability to conceive naturally. My body is not that capable. I had endometriosis and adenomyosis. Which was creating a hindrance in my natural conceiving. The quality of my eggs was not good. The biggest problem was that the lining of my uterus was never forming properly.

The husband was not believing 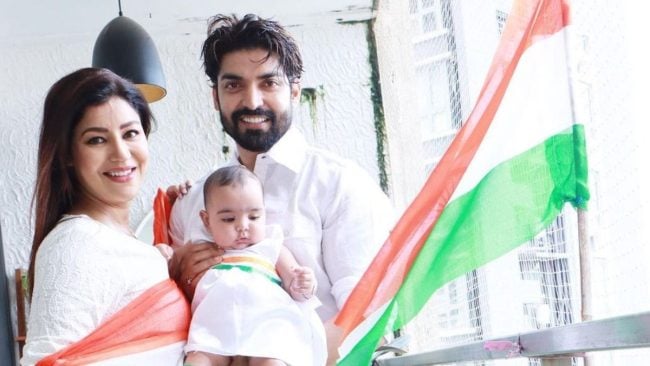 When Debina came to know that she was going to become a mother again, she told her husband Gurmeet Chaudhary but he was not believing her and told her to test with the help of a doctor and guess what Doctor was also shocked.

Then there was a small scan of Debina where the baby’s heartbeat was heard. The next day, Debina’s pregnancy was scanned and her good news was confirmed. Debina believes we should give space to our body it will be what you can’t expect also. She said that during the second pregnancy, she had a lot of bleeding in the first trimester, but This never came to her mind about pregnancy. 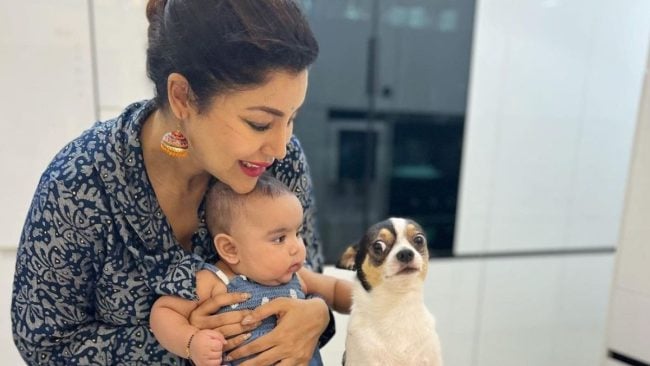 She says- Whenever I searched on Google about bleeding during pregnancy, it always showed miscarriage in the result. My pregnancy was looking normal regarding bleeding and doctors were also confused. Then my scan was done and it was found that there is a clot. It was an old clot. It was strange. Even after 3-5 scans, it was told that there is a clot, and the bleeding has not stopped. My bleeding stopped in the middle of the third month.

So many expensive Tests 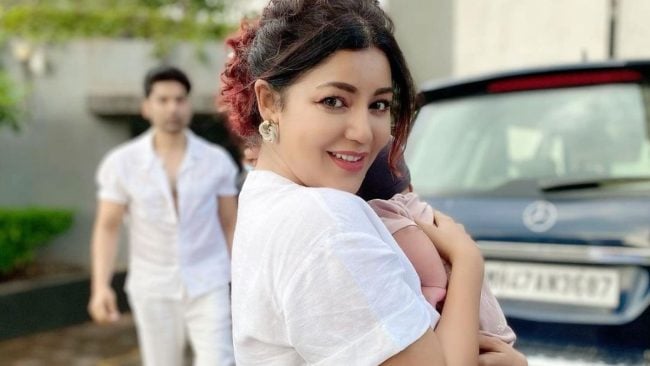 Since Debina is 35 years old, the eggs mature at this age, which increases the chances of Chromosomal Defects. Therefore, at the beginning of the 12th week, she had several scans & blood tests. There was an expensive blood test of 60,000, now done in 16 thousand. Thankfully the report was normal. Then Debina took a sigh of relief. Debina’s health is improving now and she is enjoying pregnancy.