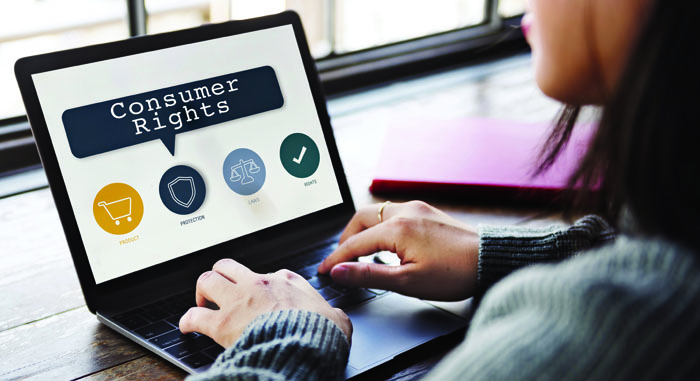 Despite liberalization and globalization, winds of change have yet to affect our service industries. It’s still the attitude of “Take it or leave it” or “Goods once sold cannot be returned, exchanged or refunded.” The culture of “Service with a smile” is missing. Traders are keen to sell but not redress consumers’ grievances. Consumer courts remain the last resort to get justice.

“Justice delayed is just denied,” which is unfortunately true of consumer court cases. Rarely the aggrieved consumer gets his complaint settled within three months. Due to a large number of complaints being handled and pending, a consumer case could take anywhere from one to three years for the final judgment. However, there is no ‘interim’ relief for the consumer from the court. Nevertheless, filing a case in the consumer court is simple and a consumer need not employ any lawyer except where complicated issues are involved. By and large, the consumer courts are ‘consumer-friendly’ if the cases are presented in a proper manner with truth and nothing but the truth. It is well to remember that those who file frivolous cases are liable to be fined and asked to be compensated. Fortunately, litigation is not too prolonged in the consumer courts. Adjournments are given only for genuine reasons.

The consumer court deals with a case only where a buyer-seller relation is established. This means where there is ‘free’ service the consumer cannot complain of poor or deficient service. That’s why it is better to have official receipts to prove that a sale or deal has taken place. Often the buyer is fooled into believing that a cash transaction is better as it saves on sales tax and others.

In general, the attitude of the dealer/service station is negative to any consumer complaint. The first thing they will tell the consumer that he or she has used the product wrongly and that’s why the product has become defective. The onus is on the consumer to prove that he or she has used it properly but the product has gone defective due to some manufacturing defect. A consumer is expected to read the handbook and literature given along with the product and follow the instructions carefully before using the product. If a washing machine requires a particular type of detergent to be used, then only that recommended powder should be used and not any cheap substitute.

A consumer has to fight his case on his own strength. He should not take “no” for an answer easily. He should be able to argue convincingly in a polite but firm manner. It is the right of any consumer to possess a product that is safe, reliable and economical. If a dealer refuses to accept a complaint, a letter should be sent giving all the details. If no response is there then the consumer should take up the matter to a higher authority.

Hoping for the best

The consumer court is there to help a consumer when all avenues for redress have failed. It is expected that in the coming years there will be, better deals for consumers in view of competition. The manufacturers/­dealers should remember that the quality of service could be the deciding matter in purchase decisions in the future. An unhappy customer could be the worst advertisement for a company. Strengthening the service departments in each company should receive better attention. The people working there should be genuinely interested in listening to the customers’ complaints and provide an early redress. Any investment in such infrastructure is going to fetch rich dividends for those who take customer service as a mantra for success.