Devendra Jhajharia: The Javelin Hero Of India, Whom We Forgot!

Devendra Jhajharia is an Indian paralympic javelin thrower competing in F46 events. He is India’s second gold medal winner at Rio Paralympics after breaking his own record with a throw of 63.7m in the men’s F46 javelin throw. 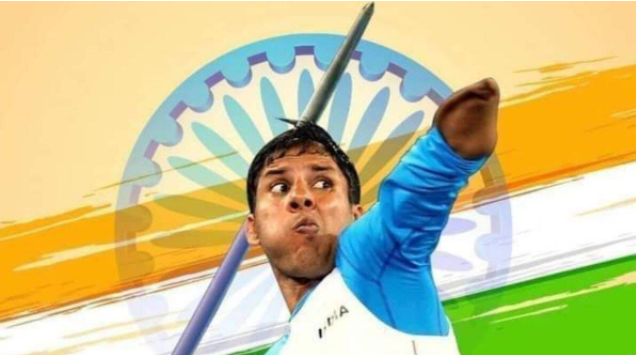 Devendra was born in 1980, in Churu District of Rajasthan. But at a younger age of 8, while climbing a tree he by mistake touched a live electric cable which became a nightmare for him. His arm was badly injured and burnt so the doctor has to cut off his arm, and he lost his arm. Instead of getting demotivated he didn’t lose his hope and decided to pursue Javelin throwing sport in his school days.

But what happens in one’s life is what has been decided by God for you. Destiny chased him and helped him to achieve success also in his life. When he was 17 years, R D Singh was awarded Dronacharya Award and was known as one of the best coaches across India meet him. When R D Singh spotted Devenedra he found him to be a very good javelin thrower, he realized Devendra’s arm strength and his dedication towards javelin. R D Singh took him along with himself and decided to train him to provide India best javelin thrower to compete in the world.

At the 2013 Lyon IPC World championships he achieved a Gold medal in the Javelin F467 event and became one of the best well-known Javelin throwers. This event turned out to be a game-changer in his life. At the 2014 Incheon Asian Para Games, he won a Silver medal in the Javelin F46 event. In the 2016 Rio De Janerio Paralympic Games, he won 2 Gold medals that made him a world-famous Javelin thrower. In 2004 Devendra was awarded Arjuna Award and Padam Shri Award in 2012 becoming the first Paralympian to receive this award.

The way Devendra came out of his fears and thought of being disabled is immensely motivating. Everyone should learn from him how a person should forget his fears and should turn their disabilities into opportunities. Whenever something wrong happens in your life take it positively and try your best to convert that in your favor. Always do your part of work God is always there to support you, as he supports those who support themselves.