Hina Khan made yet another stunning appearance at the Cannes Film Festival. She shared pictures of herself in a blue silk dress.

Hina Khan is putting up one stunning appearance after another at the Cannes Film Festival this year. She has now shared pictures of herself in a blue silk dress. She is seen getting out of a car and posing by the beach in the pictures. Her dress reminds us of what Priyanka Chopra wore to an event in 2019. While Hina wore the Skytten Couture dress in blue, Priyanka had worn a similar dress in black but with chain detailing instead of the shimmer. She had chosen the $3,550 dress by Israeli designer Galia Lahav for the red carpet premiere of Chasing Happiness, a documentary about the Jonas Brothers. Hina also unveiled the poster of her upcoming film Country of Blind at the Indian Pavilion (Cannes Film Festival) on Sunday. The actor dropped the poster and a few glimpses of the launch on Instagram.

Mentioning how challenging it was for her to work on this project, she wrote in the caption, “It’s not easy to make experimenting cinema for anyone but making it internationally reasonable too is a harder job, especially for independent filmmakers. We too were met with such challenges but we decided to stick with the essence of the story. As an actor, it was both extraordinary and interesting to play a blind girl for more reasons than I can write now. The first look of our creative leap of faith Country of Blind was unveiled in the most prestigious Cannes Film Festival 2022 – the Indian Pavilion. @festivaldecannes”. 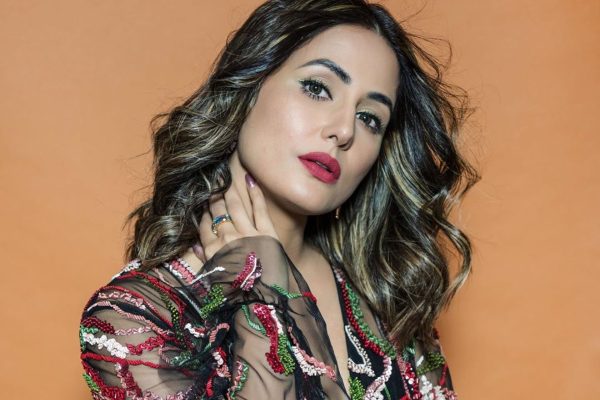 Country of Blind is directed by Rahat Kazmi and is based on H.G.Well’s novel The Country of the Blind. The film is based in the 1800s, and the plot revolves around a valley full of blind people leading happy life, despite being visually impaired.

Hina Khan debuted on the prestigious red carpet of the Cannes Film Festival in 2019 for the poster launch of her Hussein Khan film Lines.