Did Siddharth Get Trapped By Indecent Remarks On Saina Nehwal? Deets Inside!!!

Moreover, they said, “We have actually received two complaints. We only need his statement.” The Chennai Police Commissioner also said, “one of the two cases involved defamation. He said that due to the corona epidemic, we are currently contemplating how to record the statement of the actor. However, we have summoned actor Siddharth to take the action ahead.” 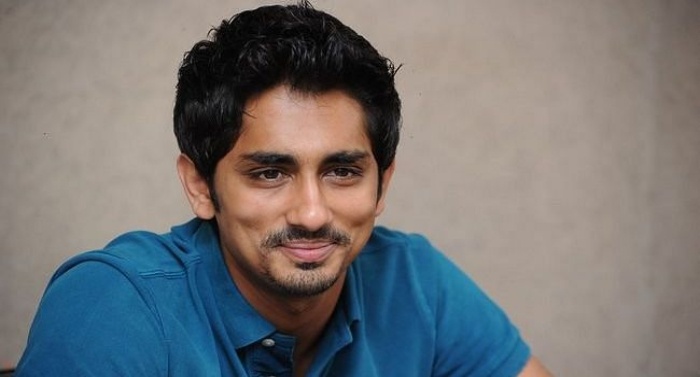 Earlier on January 12, Hyderabad Cyber ​​Police had registered a case against actor Siddharth under Section 67 of the IT Act and Section 509 (insulting a woman) of the IPC for his tweet about badminton player Saina Nehwal. KVM Prasad, Additional DCP of Cyber ​​Crime Wing and Detective Department, Hyderabad had told ANI that a woman named Prerna approached the Cyber ​​Crime Wing and filed a complaint against actor Siddharth on Twitter for his sexist remarks against Saina Nehwal. 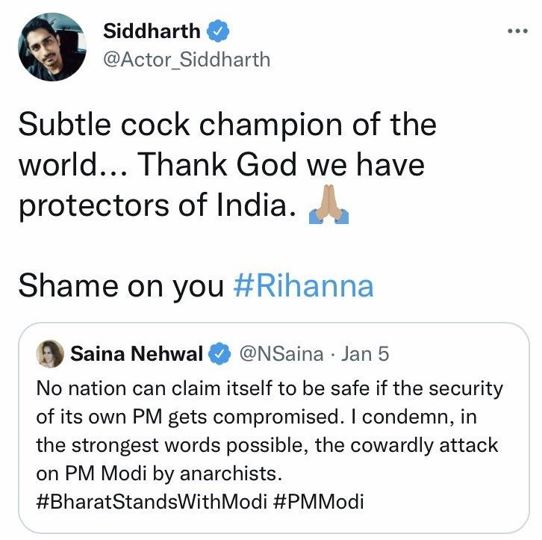 Referring to the security breach involving Prime Minister Narendra Modi, Saina Nehwal wrote on Twitter, “no nation can call itself safe if the security of its own PM is compromised. I strongly condemn the cowardly attack on PM Modi by the Anarchists (sic).”

Siddharth responded by writing, “The world’s micro cock champion… thank God we have saviors of India. Shame on you Saina.” Tamil actor Siddharth has worked in films like Bommarillu, Enakkul Oruvan and Maha Samudram. Apart from this, he has left a mark of his acting by working in the best Hindi films like Baddoor, Rang De Basanti, Striker and The House Next Door.