Brahmastra, starring Alia Bhatt, Ranbir Kapoor, Amitabh Bachchan, Nagarjuna Akkineni, and Mouni Roy, is set to be released in four South Indian languages. The director S.S. Rajamouli, popular for his movies Baahubali and RRR, has announced that he will present Brahmastra in Tamil, Telugu, Kannada, and Malayalam.

The director of the movie “Brahmastra” is set to ensure that the movie gets the biggest release in the country. Speaking about the movie, S.S. Rajamouli said, “I’m truly glad to come on board and present Brahmastra to audiences worldwide in the four South Indian languages. The concept of Brahmastra is unique, which is reflected in its story and presentation. In many ways, it reminds me of Bahubali—a labour of love and passion. I have seen Ayan invest time in making Brahmastra, patiently putting it together to get it right, much like I did for Bahubali. “ 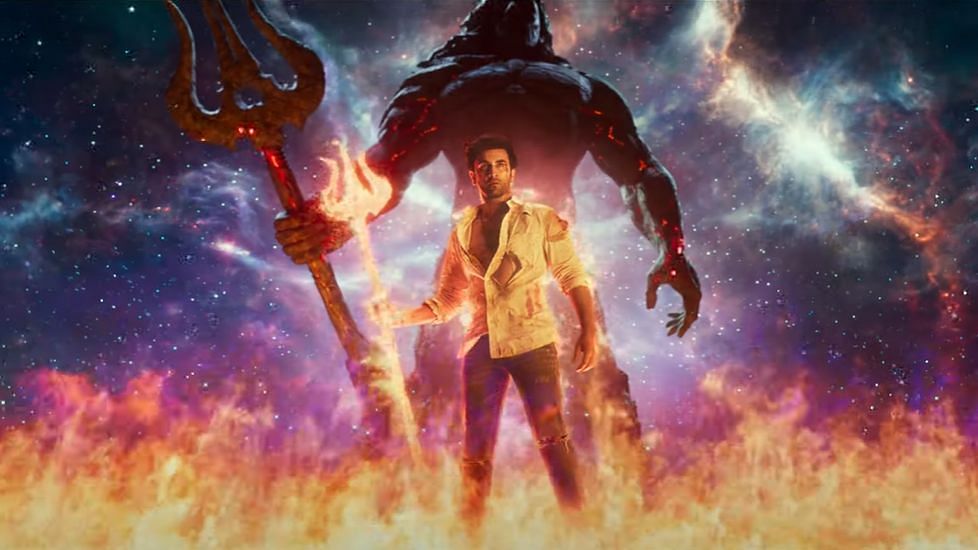 Adding to his statement, he said, “The film perfectly marries themes from ancient Indian culture with modern technology and with cutting-edge VFX that will blow your mind! A filmmaking journey that I can relate to: Ayan’s vision is a new chapter in Indian cinema and I am proud to be associated with Dharma Productions once again after Bahubali. Karan has a profound understanding and sensibility for good films, and I feel proud to partner with him again, and with Fox Star Studios to present this film. “

Nagarjuna, who was present, said, “It has been a fantastic experience to work with Ayan and the hugely talented team of Brahmastra. This combination of ancient and modern India fascinated me, and it is exciting to be a part of such a larger-than-life project. To have Mr. Rajamouli on board is a great honor for all of us, and I am looking forward to presenting the film to my fans in 2022. “

Ayan Mukherjee, excitedly said, “Brahmastra is a dream that I have been nurturing for years. It’s an ambitious trilogy, and the journey so far has been nothing short of exhilarating. I have given this film everything and I will continue to pour my heart into this. I feel blessed to have an amazing mentor like S.S. Rajamouli, sir, come on board. It was his film, Bahubali, that gave me the confidence to pursue my dream courageously. And to have his name attached to Brahmastra is the biggest endorsement. “ Brahmastra: Part One is the first part of a 3-part film franchise. Moreover, it commences the beginning of India’s first original universe-the Astraverse. The movie is inspired by concepts that have a history behind them. Further, the movie also narrates the tales mentioned in Indian mythology, but it is set in the modern era.