Disha Patani Burns Her Cheat Meal In Gym, Posts A Video; Deets Inside!

Undoubtedly a fitness enthusiast, Disha Patani frequently rewards her followers on social media with training videos to inspire them to maintain a healthy lifestyle. Disha, like the rest of us, needs a cheat day despite maintaining a balanced diet. She does, however, also advocate burning it the next day in the gym.

In connection with that, the actress posted a stunning video on her Instagram stories at which she can be seen working out in the gym like a pro. Disha can be seen in the video sporting an enormous pink crop top with off-white sweatpants and her hair pulled back into a ponytail. 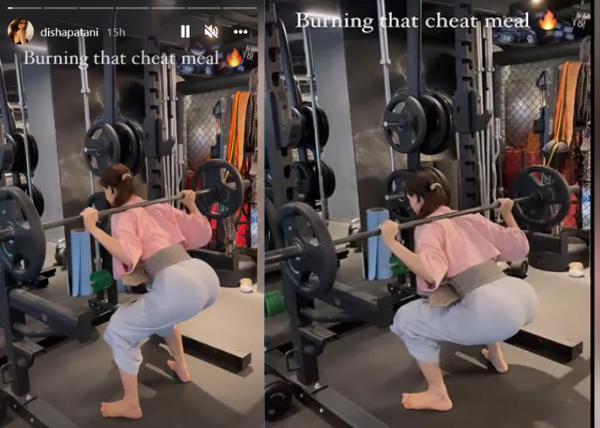 Disha used the fire emoji to write: “Burning that cheat meal” while sharing the two videos with her followers. The Malang actress frequently distributes to her followers training videos. In relation to that, the actress recently uploaded a video of herself effortlessly executing some flying kicks. Disha shared the video and captioned it, “Just a regular day at the gym.”

Recently, Kriti Sanon also posted a video of herself exercising in the gym. Sharing the clip, Kriti said, “Nothing like a good back stretch… climbing the tribune.”

On the professional front, Disha will appear in the John Abraham, Arjun Kapoor, and Tara Sutaria-starrer “Ek Villain Returns” directed by Mohit Suri. The actress received a lot of compliments for the role she played in the recently released movie trailer. The movie, a follow-up to Ek Villain from 2014, will debut in theatres on July 29. 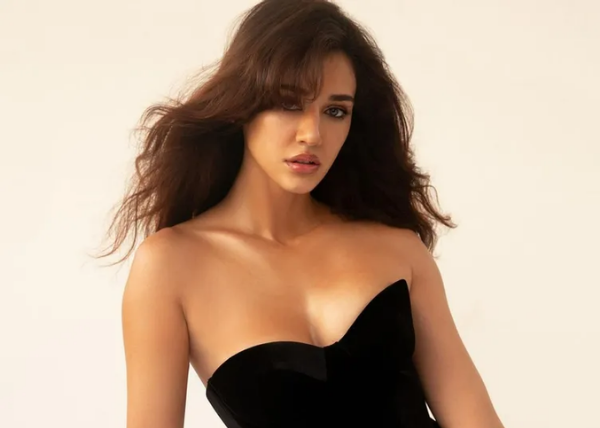 In addition, the action-drama “Yodha” from Dharma Productions, starring Sidharth Malhotra and Raashii Khanna, features the 29-year-old actress. The movie will premiere on November 11, 2022, in theatres. The Malang actress is also working on “Project K.” Leading characters in the movie are played by well-known actors like Prabhas, Amitabh Bachchan, and Deepika Padukone. Disha is also developing K-Tina with Ekta Kapoor.