Disha Patani Enjoys The Beach In A White Cropped Dress, Sets The Mood For The Weekend

Actress Disha Patani set the mood on Friday with her beautiful bikini look. The actress shared a video from the beach and we can’t take our eyes off her. In the video shared, the actress is dressed in a white bikini top, matching shorts, and a mesh top, and she looks as gorgeous as ever in it. Her minimal accessories complete her casual beach look. In this video, she can be seen playing on the beach and having a great time.

As soon as she shared the video, her fans and friends showered love in the comment section. While one fan called her “the stunning beauty,” another called her “gorgeous.” Several others also shared fire and red heart emojis in her post. It is worth noting that the actress is quite active on social media where she is often seen sharing her pictures and videos with her followers, who just can’t have enough of the gorgeous art. 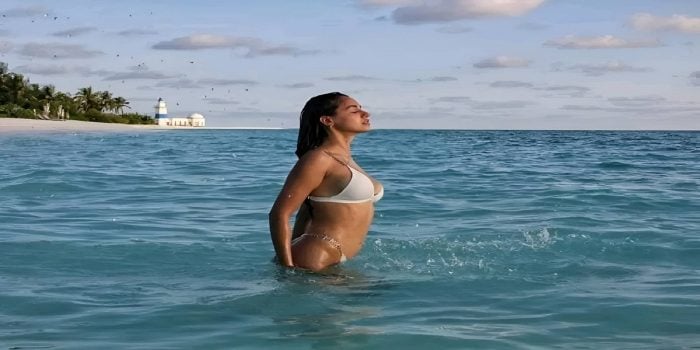 Recently, Disha was seen in Mohit Suri’s directorial “Ek Villain Returns,” which also starred John Abraham, Arjun Kapoor, and Tara Sutaria in pivotal roles. The film, which was the sequel to “Ek Villain” released in 2014, received mixed reviews from audiences and critics alike.

Let you know that, the film “Ek Villain” (2014), which starred Sidharth Malhotra, Shraddha Kapoor, and Ritesh Deshmukh in lead roles, was about the conflict between the hero and a villain. The recently released “Ek Villain Returns,” which is the sequel to the 2014 released “Ek Villain,” is based on the story of two villains, with John Abraham and Arjun Kapoor playing the roles of the villains. 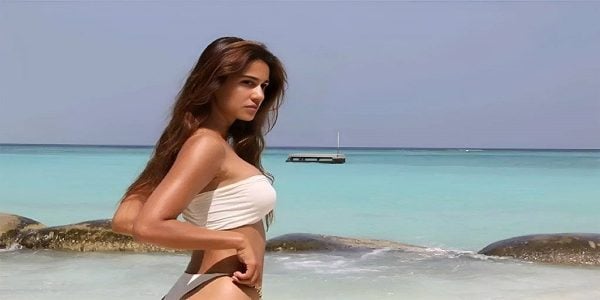 In this action-thriller film, Tara Sutaria and Disha Patani play the lead female characters, and it has also been directed by Mohit Suri. “Ek Villain Returns” is John Abraham’s first collaboration with director Mohit Suri. Meanwhile, Disha Patani was earlier seen playing the lead role in Mohit’s last directorial, “Malang,” which was released about two years ago.