Do You Know Shamita Shetty and Kim Sharma Once Fought Over This Famous Cricketer? Know About Him Here

The love affairs between famous Bollywood actors and cricketers are quite old in India. Sharmila Tagore and Mansoor Ali Khan Pataudi, Sangeeta Bijlani and Mohammad Azharuddin, Geeta Basra and Harbhajan Singh, Anushka Sharma and Virat Kohli, and most recently KL Rahul and Athiya Shetty are some of the most cherishable bonds on the same lines. With cricket being the most popular sport in India, not only fans but actresses fall for the cricketers. Various relationships between the stars of the two different worlds are proof of Bollywood actresses’ obsession with Indian cricket players.

Yuvraj Singh, who has battled cancer in the past has made some smashing records in the field of cricket. And he is also no stranger to falling in love with B-town actresses. The world cup winning star was linked to various Bollywood divas before finally settling down with actress Hazel Keech. During his prime time of career, Yuvraj was in a relationship with Kim Sharma. Their affair was one of the most talked-about affairs in the country. They were going strong till the time another actress and current Bigg Boss contestant Shamita Shetty came crossed their path. 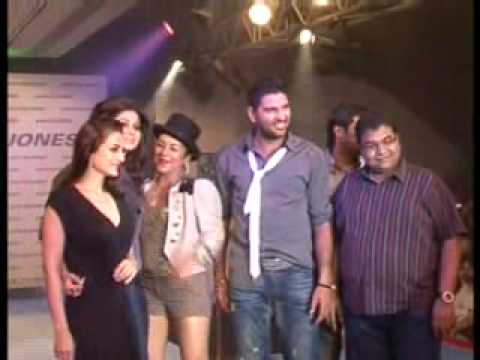 It all began when Kim introduced Yuvraj to Shamita at a party. Little did she know that Shamita will eventually become the flesh in the thorn. Both Yuvraj and Shetty hit off like a blast in their first meet-up only. In fact, at one point the two became so close that they left the party together without Kim’s knowledge. The actress was seemingly pissed off with this gesture but controlled her anger.

The catfight between Kim and Shamita happened when Kim saw Yuvraj and Shamita bonding with each other again and that too during her own birthday party. Seeing the closeness of the two, Kim could not control her emotions this time and ended up having a heated brawl with her fellow Mohabbatein actress.  After this incident, Yuvraj and Kim’s rocky relationship headed for splitsville and a few days later the news of Yuvraj and Shamita’s relationship ending on a bitter note also made way to the headlines. 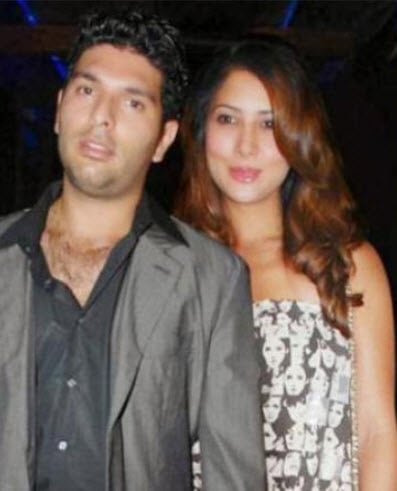 When Kim was contacted about the same, she did not deny the incident. “I have nothing to do with her. Shamita Shetty is the most inconsequential person for me. She has always been unimportant to me. I am a chilled-out person and nothing can affect me,” she was quoted as saying.
Presently, Shamita Shetty is locked in Bigg Boss house. Her closeness with co-contestant Raqesh Bapat has become the talk of the town. The two are often seen getting all mushy and romantic inside the house. But whether they are actually in love or not is still a doubtful question.