Emotional Ranveer Singh Gave Bridal Lehenga To A Contestant, When She Tied Rakhi To Him 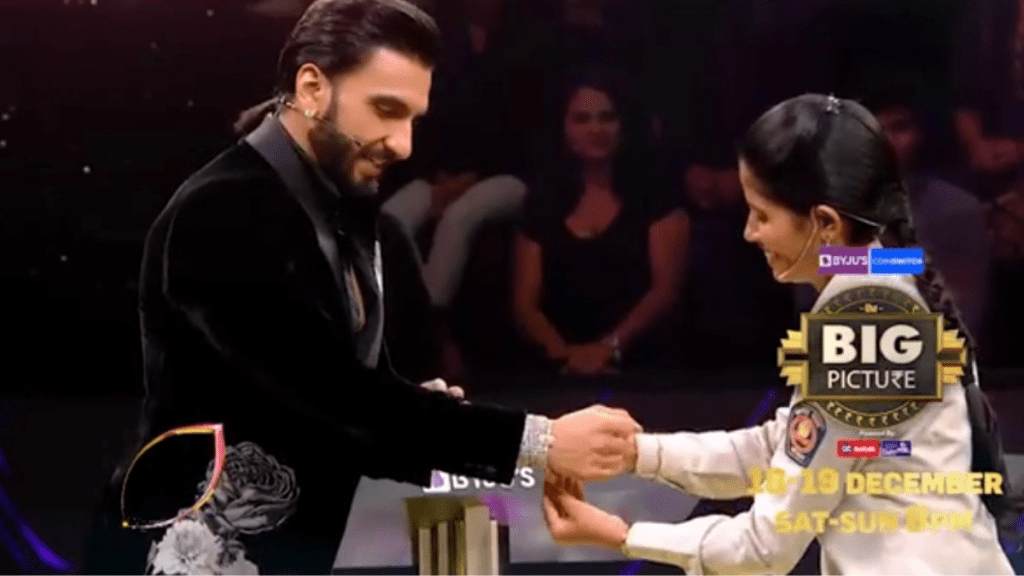 In the TV show ‘The Big Picture’, Ranveer Singh makes them rich by playing games with the contestants. At the same time, there is no lag in making relationships with the heart. Recently, a female contestant on the show shared her heartfelt feelings with Ranveer and then tied a rakhi on his wrist. Seeing this Ranveer Singh became very emotional. After which Ranveer Singh gave a special gift to his sister.

Actually, a promo has surfaced from the show, in which a woman named Rushali says – Today with great expectations, Rakhi is tied on her wrist. Just ask for a little love and a little happiness for yourself.’ On this Ranveer says- ‘Today there is a brother on the stage, so Tai, a small gift from brother.’ Ranveer Singh during this time in Rushali’s hand. Have a big box. 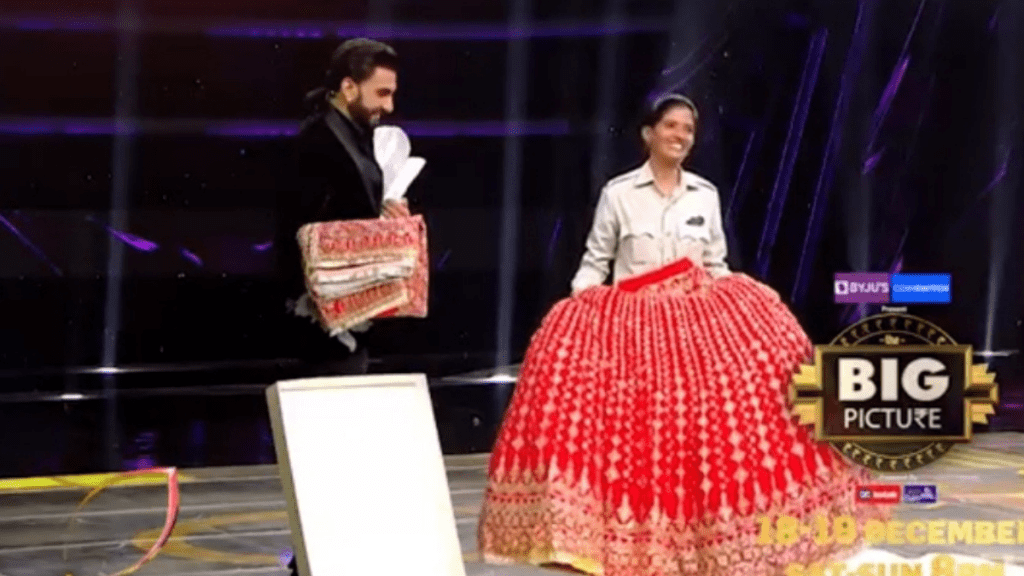 Rushali opens that box on the stage itself. A red-colored bridal pair comes out of the box. Rushali takes out the heavy red lehenga and becomes very emotional. In such a situation, the contestants get emotional and hug Ranveer Singh. Sharing this video, it was written in the caption – ‘Rushali Ji got his brother in the form of Ranveer. On the stage of The Big Picture. 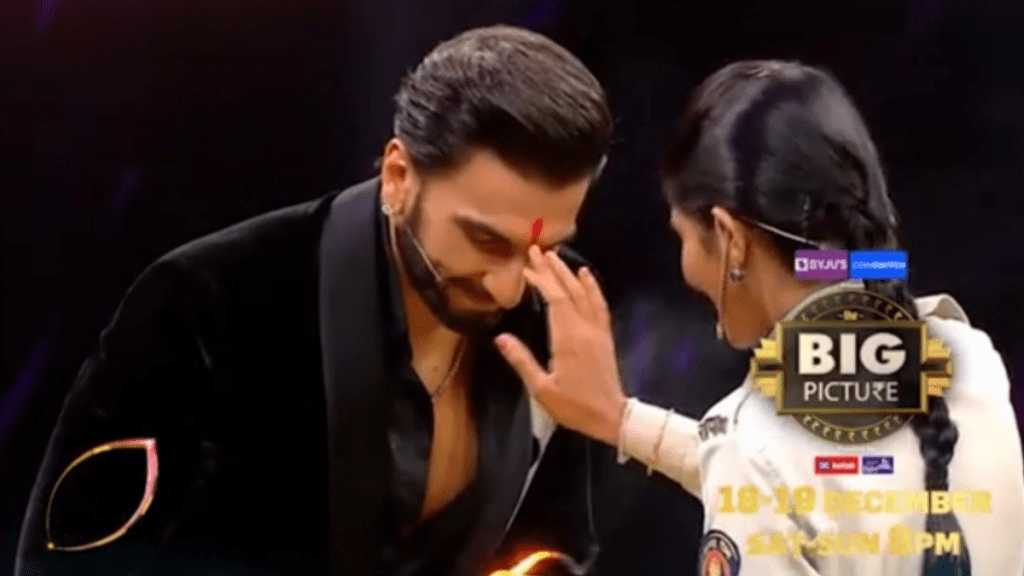 Let me tell you, from Salman Khan to Akshay Kumar, Katrina Kaif and Rani Mukerji have also participated in Ranveer Singh’s show. Some time ago Salman Khan came on Ranveer’s show for the promotion of his film ‘Antim’. Ranveer was seen nervous and excited in front of Salman at that time. At the same time, Ranveer had a lot of fun on the show’s stage with the team of the film Suryavanshi.