Actress Evelyn Sharma, known for her roles in Yeh Jawaani Hai Deewani and Yaariyan, married Australia-based dental surgeon Dr Tushaan Bhindi last month. It was a country wedding in Brisbane on May 15. Evelyn and Tushaan got engaged in October 2019. She announced the news with a picture of them kissing, with the Sydney skyline in the background. “Yesss,” the caption of her Instagram post read.

Speaking to a leading daily, Evelyn said that she was overjoyed. “There’s no better feeling than being married to your best friend. We’re so excited about spending our life together,” she said, adding, “We started our wedding celebrations with a legal ceremony. Of course, we would have loved for our family and friends from around the world to be present, but we know their blessings are always with us.” 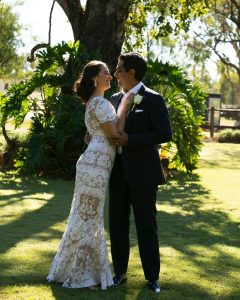 The couple plans to follow up their intimate wedding with a grand reception later. Tushaan said that they were planning to get married ever since their engagement but the Covid-19 pandemic ‘slowed down’ their plans. “In times like this, we did not want to draw a lot of attention to ourselves; we wanted to keep things simple and straightforward. It was time to make our love and commitment official to the world.” 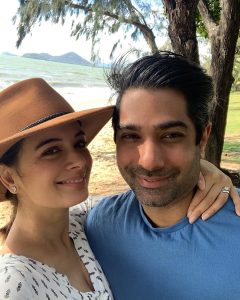 Evelyn and Tushaan met in 2018, on a blind date set up by one of their friends. In 2019, he popped the question at the Sydney Harbour Bridge, with a guitarist playing their favourite songs as he went down on one knee and asked her to marry him. They have a dog, Coco, together. 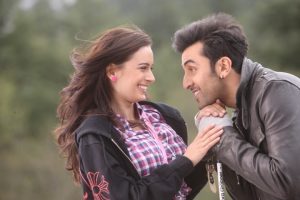 Recently, Evelyn marked eight years of the release of Yeh Jawaani Hai Deewani with a behind-the-scenes picture from the sets. “‘Uff mera badan dood raha hai..’ lol throwing it back to #YehJawaaniHaiDeewani days on set of my favourite film! Can you believe it’s been 8 years?! COMMENT your favourite dialog! #YJHD,” she wrote 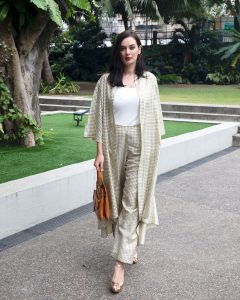 ‘From Sydney with Love’ in 2012 marked Evelyn’s entry in Bollywood. She went on to feature in films like ‘Nautanki Saala’, ‘Main Tera Hero’ and ‘Hindi Medium’. In 2019, Evelyn marked her Tollywood debut with Prabhas and Shaddha Kapoor starrer ‘Saaho’