Today, Bhumi Pednekar’s unconventional Bollywood debut with Sharat Kataria’s ‘Dum Laga Ke Haisha’ completes 6 years since its release. She starred alongside Ayushmann Khurrana, and there is no stopping for her. With the film completing it’s 6 years, Bhumi looks back at the time that she’s been in this industry. In a recent interview with ETimes, she shares fond memories and experience of working on the film, and the biggest compliments she received.

On being asked if she anticipated so much love and appreciation for her debut film, Bhumi told ETimes, “I didn’t, actually. When you are doing your first film, you have no idea how things are going to go. At that point in time, what really mattered was that I had an opportunity. Fortunately, I had worked enough years behind the camera and had started very young. When I read the script of Dum Laga Ke Haisha, I knew there was something special but ultimately, when you are in the project, you don’t really know how things are going to pan out. I feel a sense of gratitude for what the film has given me and the journey that I have had thereafter.” 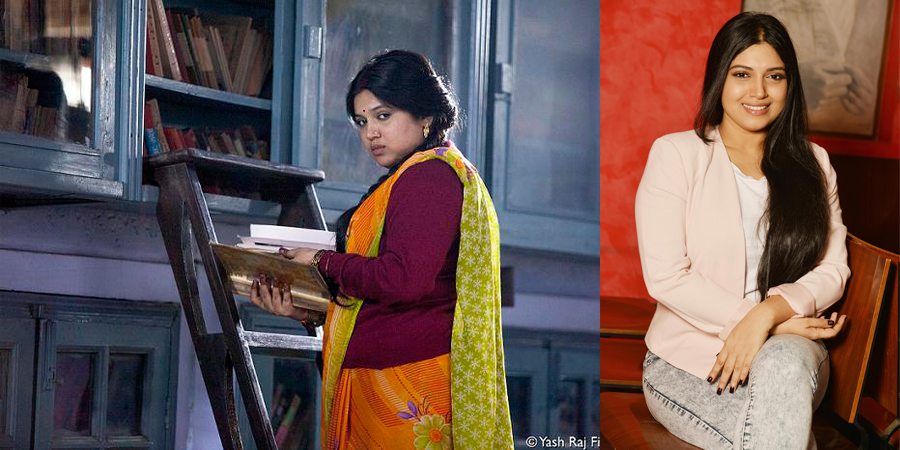 Bhumi further faced questions like, was she apprehensive about playing the character of Sandhya, to which she replied, “All the apprehensions that I had for the role went away when I was prepping up for it. It was such a major physical transformation that I went through. There are many social convictions for a girl; there are such high standards of beauty that are imposed upon us right from when we are very young. I got rid of them all while I was preparing for it.”

She continued, “I was scared that because I was inherently a city girl; I just wanted to fit into the character. It was not only set in a beautiful small town of India but it was also a different period. It was the time before globalisation had really hit us and before the internet happened. Around that time I was literally a toddler. So, I had to make sure I do complete justice to the part that Sharat had written because it was very beautiful.”

She also spoke highly of her on-screen mother, Seema Pahwa, “Seema ma’am was not a part of the film when Sharat sir had brought her on board as a teacher for me. Obviously, everybody knows what a brilliant actress she is. I remember the first day when she had called me over to her house, she had told me to wear something Indian. When I reached her house, she went, ‘Tie up your dupatta. There are some dirty utensils over there in the kitchen, start cleaning them.’ I was shocked but that is what broke the ice between us. It was very important for her to transform me into that girl.”

On the work front, Bhumi recently wrapped up shooting for Rajkummar Rao-starrer Badhaai Do.

Chhavi Mittal Pens An Emotional Note For Her Son Arham On His Debut, Details Inside
Sushant’s Sister Shweta Singh Kirti Asks, “What Conspired To The Death Of Our Bright Star?”
Ayushmann Khurrana And Tahira Kashyap’s Combined Net Worth Is Sure To Leave You Stunned, Deets Inside
Ranveer Singh Rents A Flat For Whopping R.s 7.25 Lakh In Deepika Padukone’s Building; Deets Inside