Saif Ali Khan today met with his son Ibrahim Ali Khan in Mumbai. The father-son duo screamed as Saif came down to drop off Ibrahim, Who visited saif at his home. They shook hands and hugged each other before Ibrahim got into the car and drove away. Numerous stories about their resemblance led many fans to call them twins.

Saif and Ibrahim Ali Khan appeared in a casual looks in the paparazzi video. Saif chose a navy blue T-shirt with trousers, while Ibrahim wore a black shirt with trousers. Their outfits are not the main attraction for fans, but their striking resemblance has caught the attention of fans again. Both have the same beards. 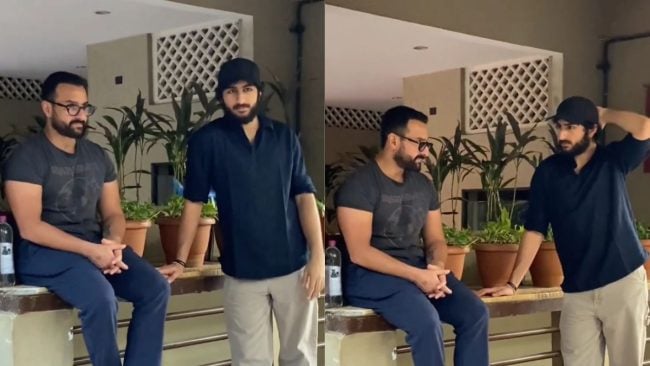 In response to the video, one fan wrote in the comments section, “Kis angle se yeh baap bete lagte. Saif budha hi nhi hota, aur Ibrahim itni zaldi bada ho Gai. like, father and son, Saif is not old at all, but Ibrahim is growing up so fast. They both look like twins,” added another fan, “really very similar.” 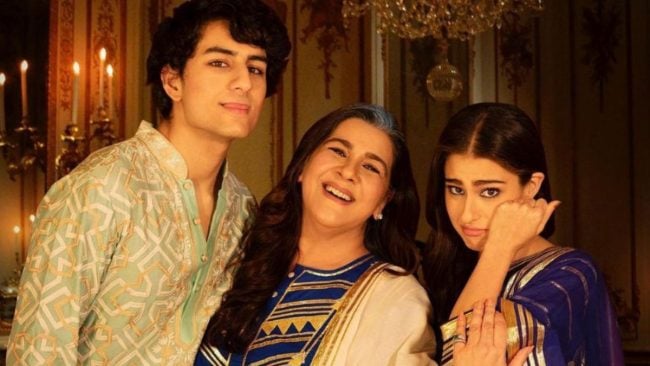 In the meantime, Saif can be seen at Adipurush starting June 16, 2023. He was last seen in Vikram Vedha which came out in September.