Farah Khan To Be ‘Laughing Buddha’ On Zee Comedy Factory

Bollywood’s ace choreographer and filmmaker Farah Khan are all set to make a comeback to television with Zee Comedy Factory. Produced by Optimystix Entertainment, the show will see popular comedians entertaining the audience with their wit and humor. The series has roped in a mix of comedians, actors, and singers who would be further divided into two teams.

Farah Khan has fronted numerous shows, such as Farah Ki Daawat, Lip Sing Battle, Tere Mere Beach Mein, and even judged competitions including Indian Idol, Jhalak Dikhhla Jaa, and Dance India Dance. She even hosted the curtain-raiser episode of Khatron Ke Khiladi Made in India last year. In Zee Comedy Factory, Farah Khan will play the role of Laughing Buddha. Apart from giving the comedians scores and reacting to their jokes and punch-lines, she will also participate in the fun, unfolding on stage. Talking about her new role, the filmmaker called it ‘the best job’ adding that she was ‘looking forward to having a blast laughing her heart out and ‘seeing these visual challenges unfold!’ 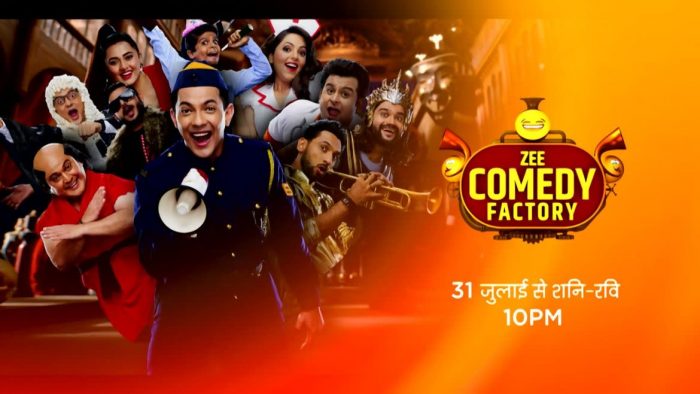 “The sole agenda behind Zee Comedy Factory is to spread cheer and joy amidst these trying times. Rather than just being a competition between two teams of comedians, the show plans to put comedy – and a whole gamut of it ranging from slapstick to stand-up, spoofs, skits, and parodies – to good use in uplifting the nation’s collective mood. We want families to sit back and relax in the comfort of their homes and laugh out loud with some of India’s top comedians tickling their funny bones.

In these stressful times, I think I have got the best job and that is to be entertained by the best in the comedy business. We truly have some great comic talent on the show, and I am looking forward to having a blast laughing my heart out and see these visual challenges unfold,” Farah shared in a statement. Zee Comedy Factory will also introduce visual challenges like a comedy act on the slope, a 90-degree set, and miniature setups.