Newlywed Farhan Akhtar and Shibani Dandekar have tied the knot, on 19, February 2022. The pictures of both’s mehendi and the wedding is surfacing all over social media, on which the fans are lavishing love. Both are looking very happy in the pictures of Farhan Shibani’s Mehndi Ceremony. Family members and friends are also looking very happy in the Mehndi Ceremony of both. Everyone thoroughly enjoyed this special moment. In the pictures, both Farhan and Shibani are seen dancing fiercely. Shabana Azmi also thoroughly enjoyed the function. 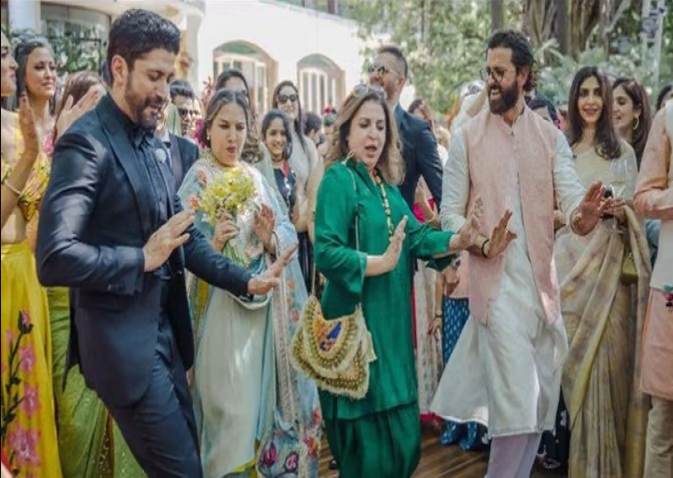 Shibani has shared pictures of Mehendi Ceremony on social media after marriage. In one picture, people are showering flowers on her, while in other pictures she is seen dancing with Farhan and sometimes giving beautiful poses. In her Mehendi ceremony, Shibani wore a crop top and a rounded plazo. With open hair with flowers. Shibani looked very beautiful even in this simple look. 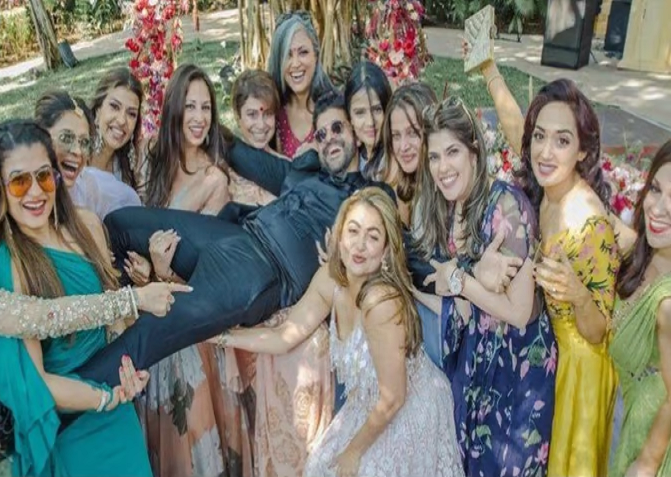 Shibani had a lot of fun in her Mehendi. She wrote S and F on Farhan’s wrist with her own hands. Every single picture of this function is very beautiful. Shabana Azmi is also seen having fun with her daughter-in-law. Shibani has expressed her gratitude to family and friends by sharing many pictures of this ceremony.

Shibani’s sisters Anusha and Apeksha also made a big splash in the Mehndi Ceremony. Rhea Chakraborty also looked beautiful in a yellow outfit. The couples Farhan and Shibani were dating each other for a long time. This is Farhan’s second marriage. Earlier, he had held the hand of Adhuna Bhabani.