Taking cognizance of the viral video, the president of the Central Sarna Committee of Jharkhand, Ajay Tirkey, filed an FIR against Sawant for ‘hurting the feelings of the tribal community. In his complaint, Tirkey stated that Rakhi was wearing a ‘semi-nude’ outfit that he said ‘demeans’ the tribal women and insulted the community.
In the since-deleted video, Rakhi could be heard saying, “Guys, are you looking at my new look…Today, it’s a tribal look…”
Tirkey reportedly said that the community will protest and even threatened a violent protest until Rakhi Sawant tenders an apology. He also demanded action against the actress under suitable sections of the Scheduled Caste and Scheduled Tribes (Prevention of Atrocities) Act, 1989. 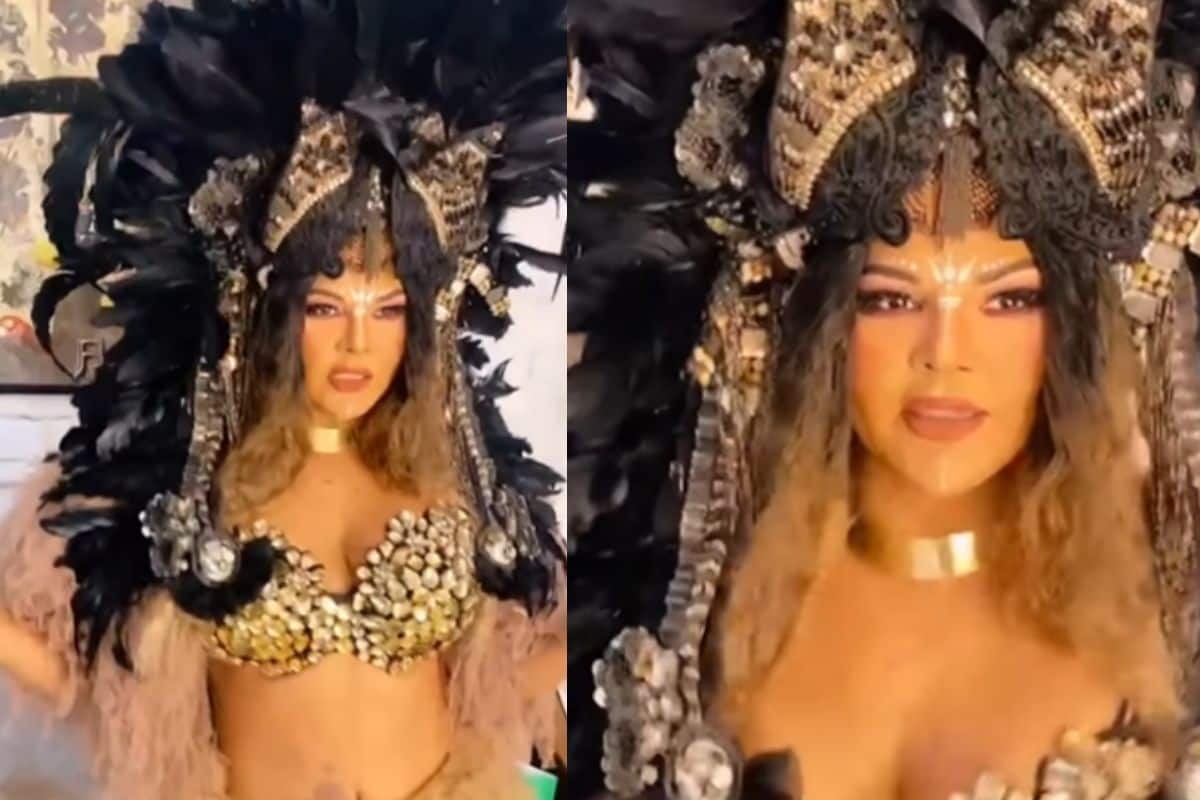 Rakhi wasted no time in apologizing for her remark. Insisting that she meant no disrespect, she said that she made the comments mistakenly as she didn’t have a better word to describe her look. She explained that her upcoming music video will see her play the role of a tribal girl from Africa. She said she described her look as a ‘tribal look’ and couldn’t think of a Hindi alternative, hence called it the ‘Adivasi look’.
“I’m sorry from the bottom of my heart,” she said while asking members of the tribal community to “forgive your beti.”