Esha Deol and Bharat Takhtani embraced parenthood for the second time and became proud parents to a baby girl a few months back. Esha had welcomed their second daughter on June 10, 2019, at Hinduja Hospital. The couple was already on cloud nine after the birth of their firstborn Radhya Takhtani and with the arrival of their second-born whom, they named Miraya gave them another reason to celebrate.

Now, it was their first daughter, Radhya’s second birthday on 20 October 2019 and the lovely parents left no stone unturned to make her feel special. The dotting mother also took her Instagram to wish her adorable daughter. Sharing a cute picture, she wrote, “Happy birthday to my baby Radhya! Amma loves you. God bless you!” Have a look: 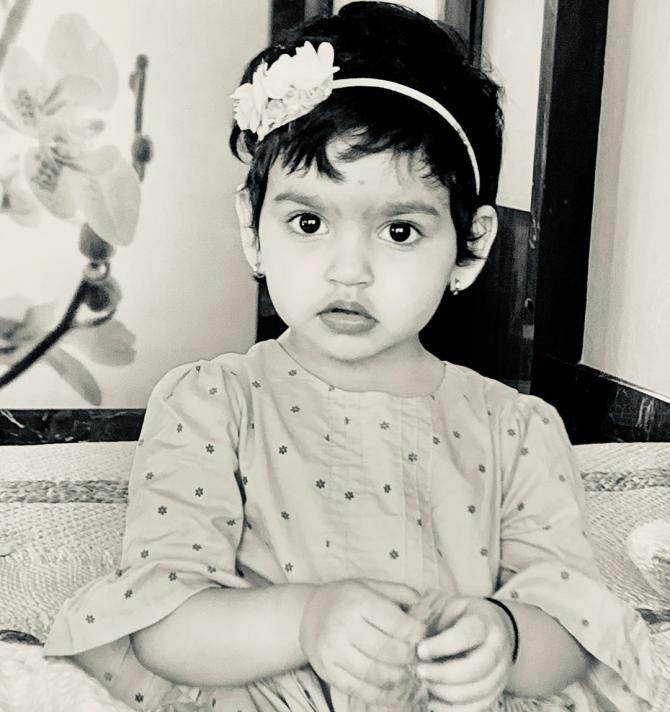 The grand party began with the amazing decoration. Star kids including Taimur Ali Khan, Innaya, Ravie were the part of the birthday bash. Radhya’s grandmother, Hema Malini was also present at the bash. However, what took everyone’s attention was the adorable picture of Esha Deol and Bharat Takhtani where they were holding their little munchkins. Both their daughters were twinning and looked gorgeous. Have a look: 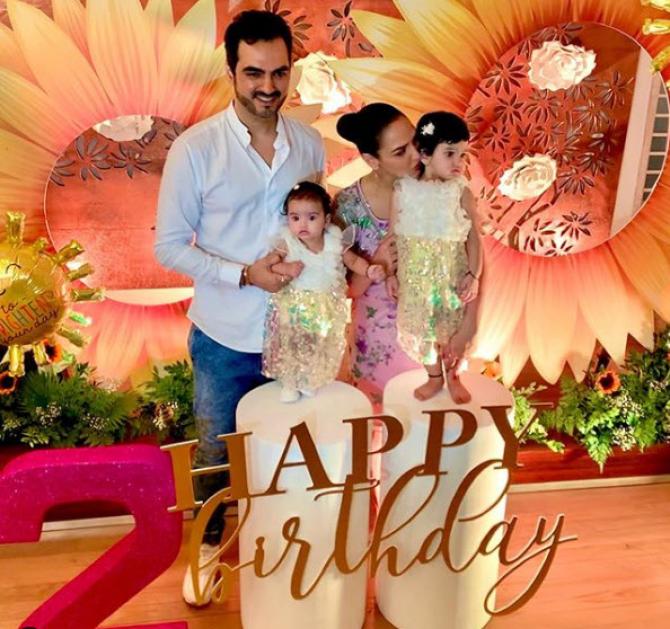 Here are some pictures of the guests that graced the party.

Two little munchkins, Radhya and Miraya are keeping mommy Esha busy these days. Back then, she told in an interview with Mumbai Mirror that how her newborn’s baby name is connected to her one and a half year old daughter’s name. She quoted,  “When Lord Krishna worships Radha, it’s called Radhya, while Miraya means a devotee of Lord Krishna. Both the girls have that in common and I love how Radhya and Miraya sound together.”

Well, Congratulations to to-be parents and wishing all the luck to the family!